Man injured after shooting in Helsingborg

Just before eight o'clock on Tuesday morning, the police received several calls about a suspected shooting in Helsingborg. On the spot, the police find an injured man who was taken to hospital by ambulance. 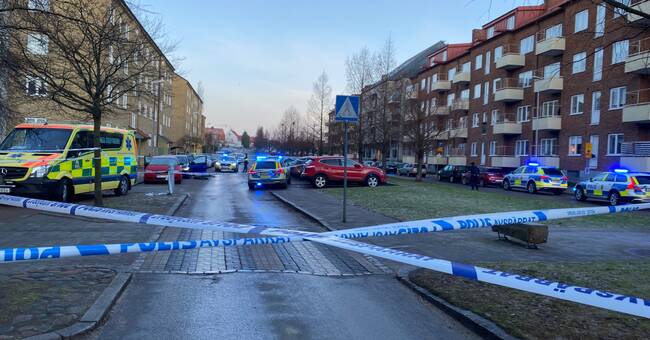 The alarm about the suspected shooting came in just before eight o'clock on Tuesday morning.

After several callers heard, several patrols were sent to Norra Stenbocksgatan in Helsingborg.

On the spot, the police found an injured man who was taken by ambulance to hospital.

- A man we have not yet identified has been taken by ambulance to the hospital.

We have cordoned off the area and are now talking to witnesses on the spot, says Jimmy Modin, spokesman for the police.

According to SVT's reporter on site, at least four bullet holes can be seen on the driver's side of a car at the address.

The crime scene is now cordoned off and the police are working on the scene.

A technical investigation will be conducted during the day.