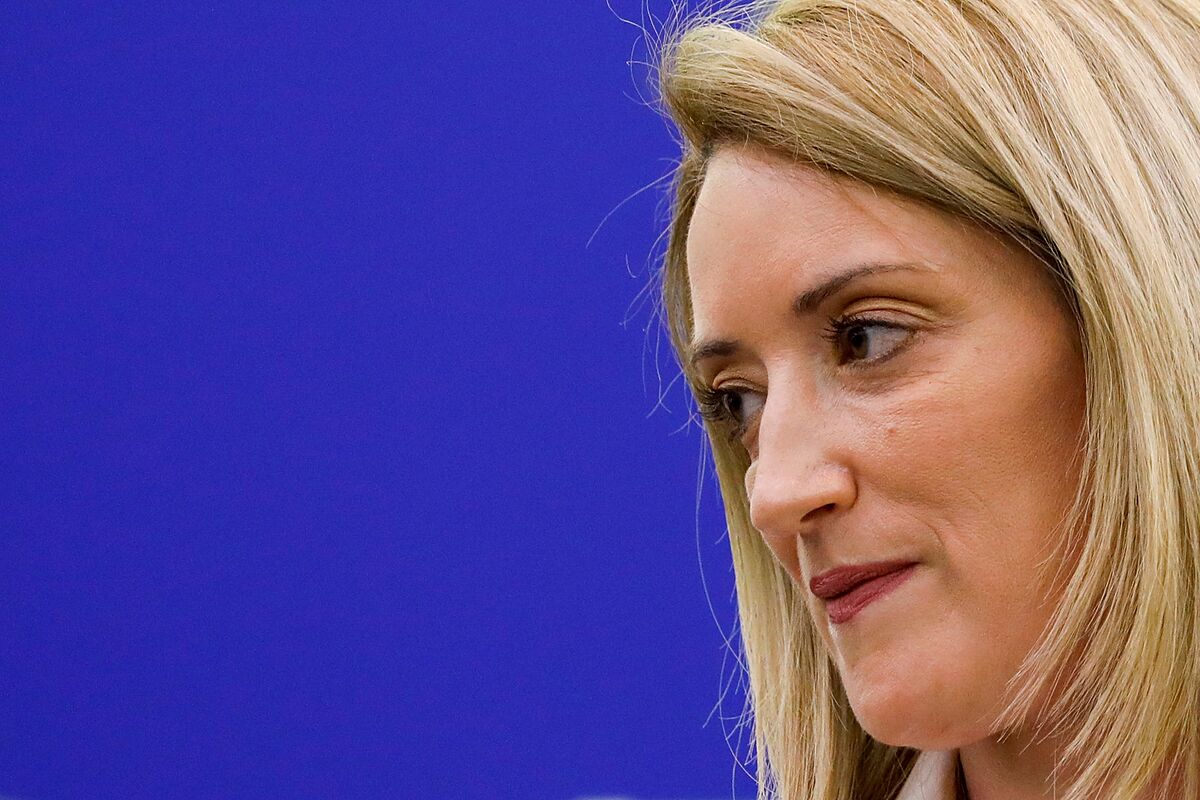 , of the European People's Party, has been elected this Tuesday as the new president of the European Parliament, after winning the first round of voting over the Spanish Sira Rego, of The Left, and the Swedish Alice Khunke, of the Greens . Metsola, 43, becomes

the youngest president in the institution's history

, the first representative of her country to occupy one of the European 'top jobs' and the third woman to head the European Parliament, after Simone Veil (1979) and Nicole Fontaine (1999).

Metsola was the favourite. A pact signed in the summer of 2019 stipulated that the great families, who together control the chamber, would support a conservative candidate, after the Italian Social Democrat

(who died last week) held the presidency in the first half of the election.

legislature. There was an attempt at rebellion on the socialist side, but after verifying that there was no appetite for another candidate of theirs, negotiations began, and together with the liberals an

until the next elections." The S&D will have five vice-presidencies and Renew, the Liberals, three, in addition to the promise that the transnational lists will be supported in the European ones in 2024.

Metsola, who also celebrates her birthday today, comes from the most progressive wing of the conservative family, but she

is too conservative for the progressive wing of the chamber.

Graduated in Law, with studies in France or at the European College of Bruges, an inexhaustible pool of community officials and politicians, Metsola won her seat after two failed attempts.

That fact, and her work in the Civil Liberties, Justice and Home Affairs Committee, have been decisive in turning an unknown from a small country into a popular face, both in her group and in the corridors.

After Sassoli's death, the management of the succession process has been left in her hands, but by then it was already clear that she would be next.

In the last two months, an issue has been the most repeated by her critics and avoided by her and her party: abortion. Metsola comes from Malta,

a Catholic and conservative country.

Homosexual marriage is legal, but abortion is not, and the new president has systematically voted in Brussels and Strasbourg against all the resolutions that have emerged over the years. The 'popular' explain that it is not so much a position of hers, who defines herself as a feminist and aligns herself on most social issues with the majority feeling of the European Parliament (from migration issues to LGTBi rights), but a "

You cannot be a candidate for the Partit Nazzjonalist without voting and being against abortion", emphasize theirs. But Metsola has been particularly combative, even in more open dossiers on reproductive safety. "It is an insult to the memory of Simone Veil", they say the most critical voices for the support shown to the Maltese, especially when today marks the 40th anniversary of the end of the mandate of the first president and the woman who promoted the decriminalization of the right to decide in France.

From the Left they point out that Metsola has not only opposed abortion whenever possible, but also stands out in profile before "the setback that Poland is experiencing", which abstained in the vote in which the deputies asked that violence be considered of gender as a Eurocrime, who voted against suspending vaccine patents, or that the recovery plan specified that one of its objectives was to "eradicate poverty and inequalities," summarizes deputy María Eugenia Rodríguez Palop, from UP .

But at the same time, deputies of all forces, including the left and the Greens, recognize that he is "a person with whom it is a pleasure to work". They deeply disagree on the central issues, on the policies, but they say that she is

friendly, efficient, polite, that she listens,

respects, and that she has nothing to do "with the majority of her colleagues in the PPE", often giving names and surnames, depending on the origin of the questioner.

The popular ones defend that she is the perfect candidate: young, polyglot (she did an Erasmus in France, her studies in Belgium in English, she said goodbye to Sassoli in Italian), well prepared (she worked as a legal assistant in the Permanent Representation of her country before the EU and as adviser to Catherine Ashton, one of

's predecessors as High Representative for Foreign Policy), pro-European, solid, coherent. And that in 90% of legislative matters he supports the group's positions. And they also remember that it was one of the harshest criticisms of former Prime Minister Joseph Muscat after the murder of journalist Daphne Caruana.

From further to the right, parties like the Italian League vote for her "for the sensitivity she has shown and her positions on important issues, such as illegal emigration or family values." Metsola (née Tedesco Triccas) is

and they have four children.

She, on the other hand, has opted for the center, presenting herself as the most liberal of the conservatives.

He has reiterated these days, through his team, that his voice will be that of the camera, including on issues such as abortion.

In her speech this Tuesday, prior to the vote, she made precisely Europeanism her cause, promising to "represent the vision of Parliament", showing herself as a European candidate, rather than Maltese or 'popular', and championing causes such as the fight against change climate change, social justice, women's rights or economic recovery.