In the wake of the Abu Dhabi attacks, the coalition bombed Houthi camps and leaders in Sana'a

The Saudi-led coalition said it carried out air strikes on Houthi strongholds and camps in Sanaa, hours after the group struck targets inside Saudi Arabia and the UAE, and Houthi media reported that the coalition's raids left 12 people dead. 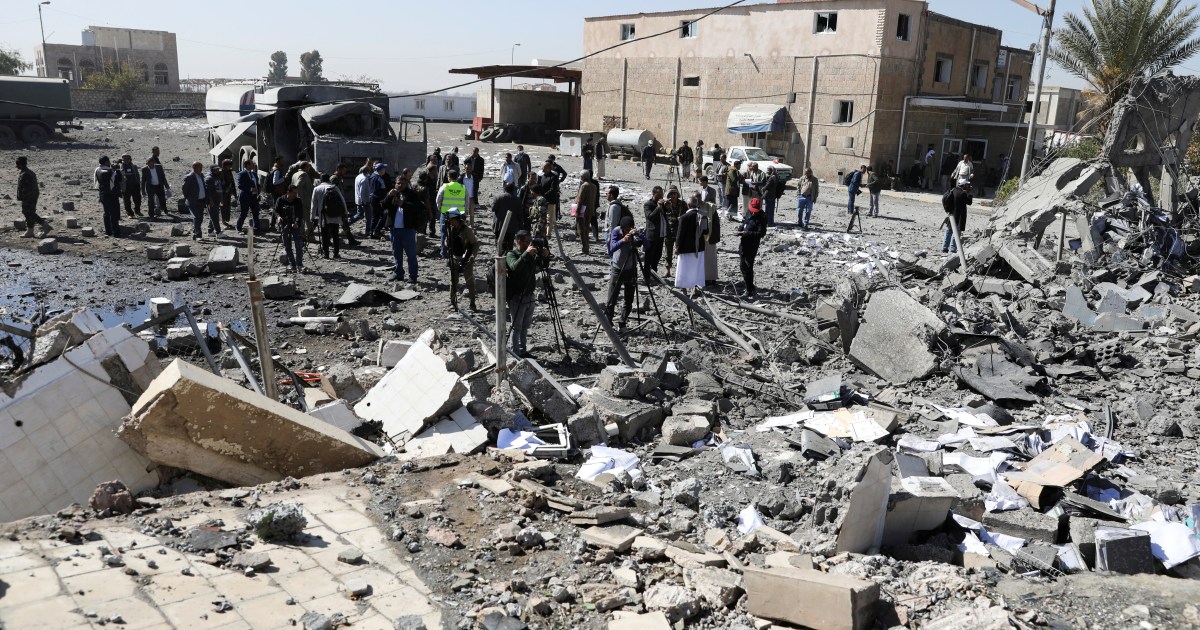 The Saudi-led coalition said that at dawn today, Tuesday, it carried out separate air strikes on Houthi strongholds and camps in the Yemeni capital, Sanaa, hours after the group struck targets inside Saudi and Emirati territory. Houthi media reported that the coalition's raids killed 12 people in one of the capital's neighborhoods.

Yemeni local sources said that the coalition's air raids targeted locations, including the vicinity of the Military College in Al-Rawda area, and the area behind the headquarters of the Ministry of Foreign Affairs in the Al-Sitteen area.

The coalition had previously stated that its air forces were carrying out round-the-clock air operations over Sanaa, and added that its F-15 attack planes had earlier destroyed two platforms used to launch ballistic missiles that targeted vital economic facilities in Yemen. Emirate of Abu Dhabi on Monday.

The coalition stressed that the perpetrators of what it described as the hostile attacks launched by the Houthi group on civilians in Saudi Arabia and the UAE will be held accountable, and the coalition called on the residents of Sanaa to stay away from Houthi camps and gatherings for their own safety.

Media affiliated with Ansar Allah group (Houthis) reported that 12 people were killed and 11 others were injured, including women and children, as a result of coalition raids on the Libyan neighborhood in Sanaa. It states that he was killed in the raid, along with others, including members of his family, and that a search is currently underway under the ruins of the house in search of survivors.

There was no comment from the Houthis about the identity of the victims of the raid.

Houthi media also reported that the coalition's air strikes also killed at least 4 and wounded about 5 in a raid on Ma'in district in Sana'a.

And earlier on Monday, the coalition announced the interception and destruction of 8 drones launched by the Houthis towards Saudi Arabia, after which it began air strikes on Sanaa, and the coalition explained in a statement, "We targeted terrorist leaders north of the capital, and the operational situation requires continuing strikes in response to the threat," stressing the It will implement a "comprehensive deterrence operation to neutralize the sources of the threat."

The Yemeni army said that units of its forces stormed Houthi fortifications and barricades on the southern front of the Marib Governorate in the north of the country and regained control of large areas of it.

The Yemeni army had said earlier that units of its forces stormed Houthi fortifications and barricades on the southern front of the Marib Governorate and regained control of large areas of it.

The army's media center stated that its forces were engaged in continuous battles against the group's militants on all fronts south of Ma'rib governorate, which resulted in the killing and wounding of dozens of Houthi militants, and the destruction of military vehicles and the seizure of others.

The Houthis used to launch ballistic missiles and booby-trapped drones at Saudi and other Yemeni regions, in return for repeated declarations by the coalition to thwart these attacks, despite Arab and international calls for a ceasefire.

On the other hand, the coalition has recently intensified its air strikes against Houthi-controlled sites in several governorates, including Sanaa.

Yemen has been witnessing for nearly 7 years a continuous war between pro-government forces backed by a Saudi-Emirati military alliance, and the Iran-backed Houthis, who have controlled several governorates, including the capital, Sanaa, since September 2014.