CAN - Magnificent Gabon-Morocco, the Comoros can dream

A spectacular evening in the African Cup on Tuesday with a magnificent Gabon-Morocco (2-2) and the feat of the Comoros against Ghana (3-2): the "Aigles de l'Atlas" won group C, ahead of the "Pants… 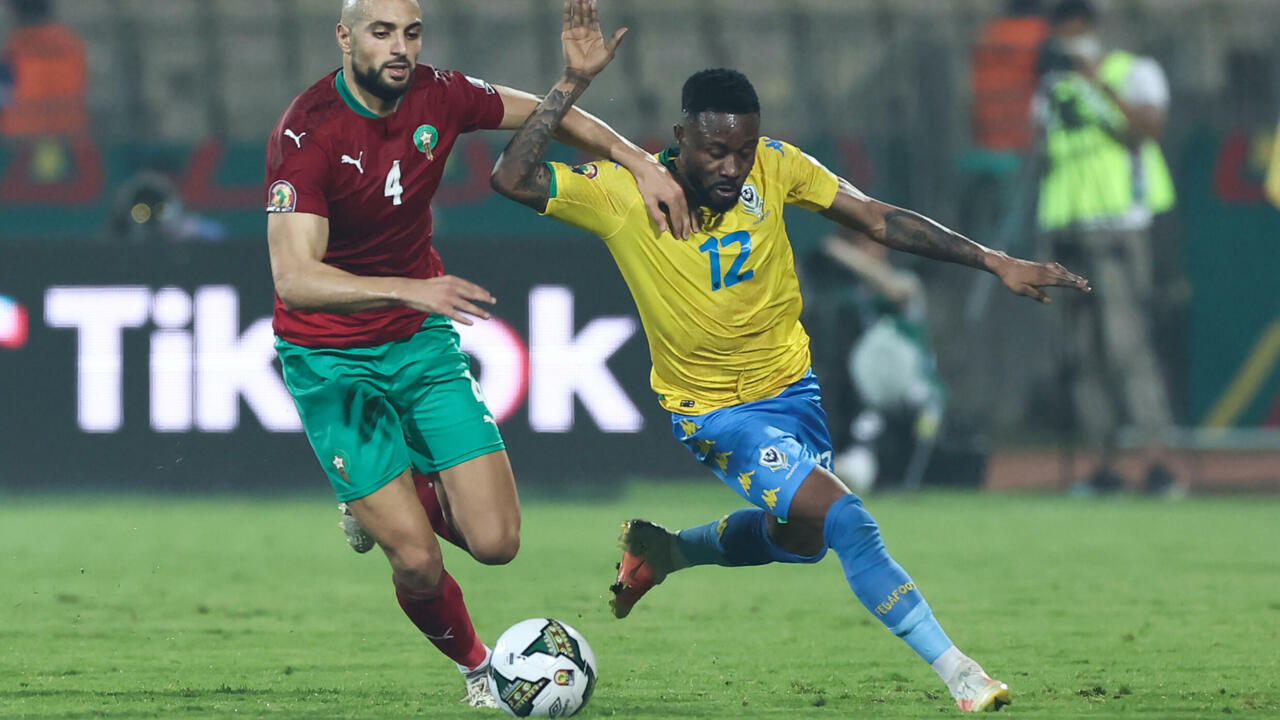 Morocco offered seven days of preparation until its round of 16, January 25, against a third group.

Gabon will face Burkina Faso on January 23 in Limbé in the first known poster of the round of 16.

The Comoros, for their first CAN, keep a small hope of playing in the round of 16 by finishing among the four best thirds, but they already have two thirds ahead of them, Cape Verde and Malawi, 4 points each.

The joy of Comoros striker Ahmed Mogni after scoring the 2nd goal against Ghana during their group C match of the African Cup of Nations on January 18, 2022 in Garoua (Cameroon) Daniel BELOUMOU OLOMO AFP

The four teams put on a superb show!

To believe that the Panthers of Gabon are better without their star, Pierre-Emerick Aubameyang, who had to leave Yaoundé without playing, his CAN ruined by the Covid.

In the best game since the start of the CAN, strewn with scoring opportunities, Patrice Neveu's players led twice thanks to their attacking duo, Jim Allevinah (21st) and Aaron Boupendza, who provoked an own goal from Nayef Aguerd (81st).

The joy of Gabonese striker Jim Allevinah, congratulated by his teammates, after opening the scoring against Morocco, during their group C match of the African Cup of Nations, January 18, 2022 in Yaoundé Kenzo Tribouillard AFP

Other holders have started on the bench, such as Ghanem Saïss, Imran Louza, Selim Amallah and Sofiane Boufal.

Morocco conceded their first goal of the competition on a slip, when Soufiane Chakla lost her support, finding herself flat on her stomach and offering a boulevard to Allevinah (21st).

But Halihodzic's players came back twice: first on a penalty from Boufal (73rd sp) and finally on a magnificent free kick from Parisian Achraf Hakimi (84th), three minutes after Aguerd's csc.

The joy of Moroccan defender Achraf Hakimi, after equalizing (2-2) from a free kick against Gabon, after scoring the 2nd goal against in their group C match of the African Cup of Nations, January 18, 2022 in Yaoundé Kenzo Tribouillard AFP

On the other hand, it's all over for Ghana, dead last, who lost their captain André Ayew, excluded after 25 minutes for a sole on goalkeeper Salim Ben Boina (25th), who came out injured.

The star Ben El Fardou scored the first goal in the history of his country at the CAN, after a backlash (4th), but the hero will remain Ahmed Mogni, author of the 2-0 (62nd) and especially the goal of 3-2 (85th).

The joy of Comoros striker Ahmed Mogni after scoring the 2nd goal against Ghana during their group C match of the African Cup of Nations on January 18, 2022 in Garoua (Cameroon) Daniel BELOUMOU OLOMO AFP

The atmosphere was very warm in the corridor after the match, very close to the press room of the Ahidjo stadium in Yaoundé, where loud voices rang out for a long time.

But the show on the lawn was superb.