Britain invites the Kremlin to talks on security situation

The British government invites the Russian government to talks in London about the security policy situation in Europe. Defense Minister Ben Wallace also announces that Britain will supply a new weapons system to Ukraine as a defense against Russian combat vehicles. 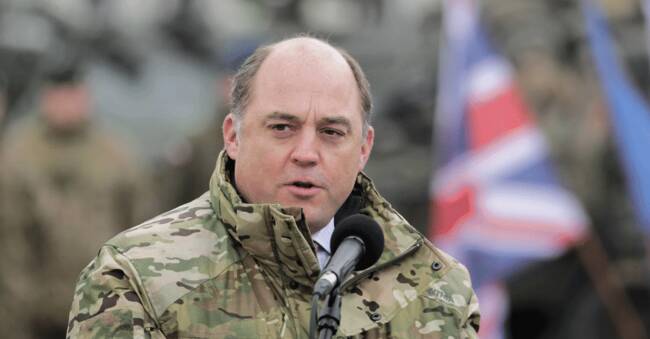 This is done through the delivery of a "light weapon system that can fight combat vehicles".

But Defense Secretary Ben Wallace does not say the number of weapons and what type of system it is.

- These are not strategic weapons and do not pose a threat to Russia.

They will be used in self-defense, Wallace told parliament on Monday.

Examples of such weapons against combat vehicles are Saab's armored shot AT4, a portable grenade weapon that can fight tanks.

Wallace also said he was inviting his Kremlin counterpart, Defense Minister Sergei Shoigu, to talks in London on the security situation.

- The UK's attitude towards Ukraine is clear.

We unequivocally support its sovereignty and territorial integrity within its internationally recognized borders, including Crimea.

Last week, representatives of Russia met with their counterparts, the United States, NATO and the OSCE, to discuss the security situation now described as the worst in Europe for decades.

The talks have not yet resulted in visible results.

Defense Minister Wallace said on Monday that "tens of thousands of Russian soldiers are stationed near Ukraine's borders."

More than 100,000 have been reported in the past. Russia has previously threatened "military action" - unless NATO withdraws from a number of former Soviet republics and countries that were part of the Warsaw Pact.

It was just before Christmas that the Kremlin presented its "list of demands".

Russia is also said to be moving forces against Ukraine's neighbor to the north, Belarus, reports The Guardian.

Russia and Belarus will now once again practice close to NATO countries Poland and Lithuania.

They are part of the sphere that Putin pointed out as an area from which NATO should withdraw - countries that were previously part of the former Soviet Union and the Warsaw Pact, but which joined NATO after 1997.