In his speech delivered by videoconference at the World Economic Forum (WEF) in Davos, Switzerland, the Chinese president does not mention the United States, but as in 2017 when arriving at the… 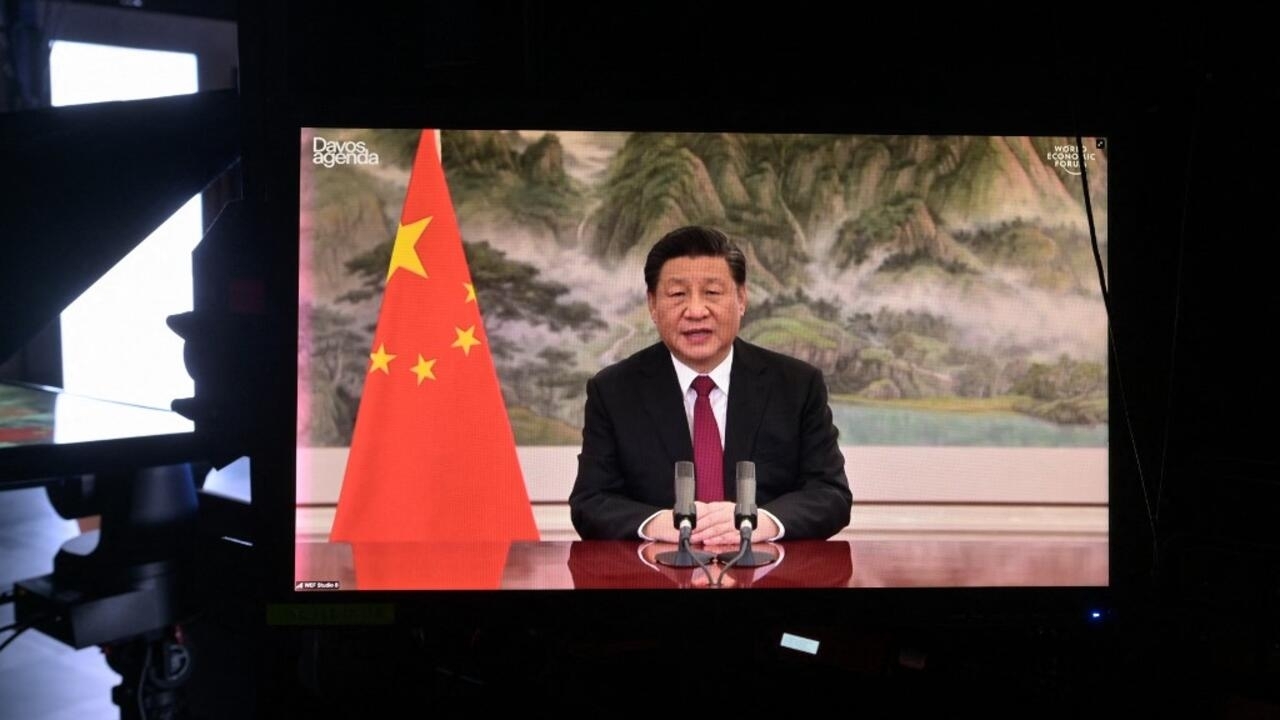 Chinese President Xi Jinping in a speech by videoconference to the World Economic Forum (WEF) in Davos, Switzerland, on January 17, 2022. AFP - FABRICE COFFRINI

In his speech delivered by videoconference at the World Economic Forum (WEF) in Davos, Switzerland, the Chinese president does not mention the United States, but as in 2017 when Donald Trump came to power, he is made to again the champion of liberalism.

Here is Xi Jinping again as a champion of free trade in front of the leaders of the richest countries gathered in Switzerland. The president of the second largest economy in the world has with him the fresh

bringing together around fifteen countries from Asia Pacific around China and entered into force last month.

For five years, “made in China” containers have effectively passed under the bridges of agreements linked to the New Chinese Silk Roads.

But beyond the rhetoric, China is also more closed than ever with a head of state who has not set foot abroad since the start of the pandemic two years ago, and will not. probably not before the 20th Congress of the Communist Party next fall, analyzes our correspondent in Beijing,

A China whose domestic consumption remains below what it was before the health crisis and regularly accused of protectionism.

Our world today is far from peaceful, prejudice-inflaming rhetoric abounds

Chinese growth may not be so bright this year.

Analysts point to a slowdown in the 4th quarter with several causes of weakening.

The country must in particular face the crisis in real estate, consumption at half mast and the resurgence of the epidemic which weakens the economic recovery, estimates Jean-François Dufour, expert within the firm Montsalvy-Consulting.

The Covid epidemic and the “zero tolerance” policy deployed by the authorities do not facilitate consumption because, on the contrary, they encourage a traditional phenomenon of precautionary savings.

[…] All small businesses and very small businesses oriented towards the domestic market are seeing their activities strongly compromised by the policy to fight against Covid in particular and by the difficulties of real estate.

To read also: Air traffic in China will not resume before 2023

“This Chinese vision of multilateralism has a cost”

In 2017, the Chinese number one caused a sensation in Davos, by making himself the cantor of globalization, while the coming to power of Donald Trump in the United States raised fears of a resurgence of protectionism. In recent years, China has been promoting new regional free trade agreements and initiating New Silk Roads. But for Jean-François Dufour, this Chinese vision of multilateralism has a cost.

It is one of the weak points this will to encourage the opening of China and at the same time to help the development of the other countries.

The problem of course is that this development has a cost which translates into a relatively high dependence for some countries on China.

His opponents put their finger on the other side of the coin and the fact that this Chinese policy, even if it promotes trade, is not free.

► To read also: The Gulf countries and China, "a relationship of interdependence"