A YouTube media representative who provided MBC with a 7-hour recording of a phone call with Kim Gun-hee, spouse of presidential candidate Yoon Seok-yeol, raised suspicions that Kim may have been involved in the prosecution's investigation into former Justice Minister Cho Kuk. 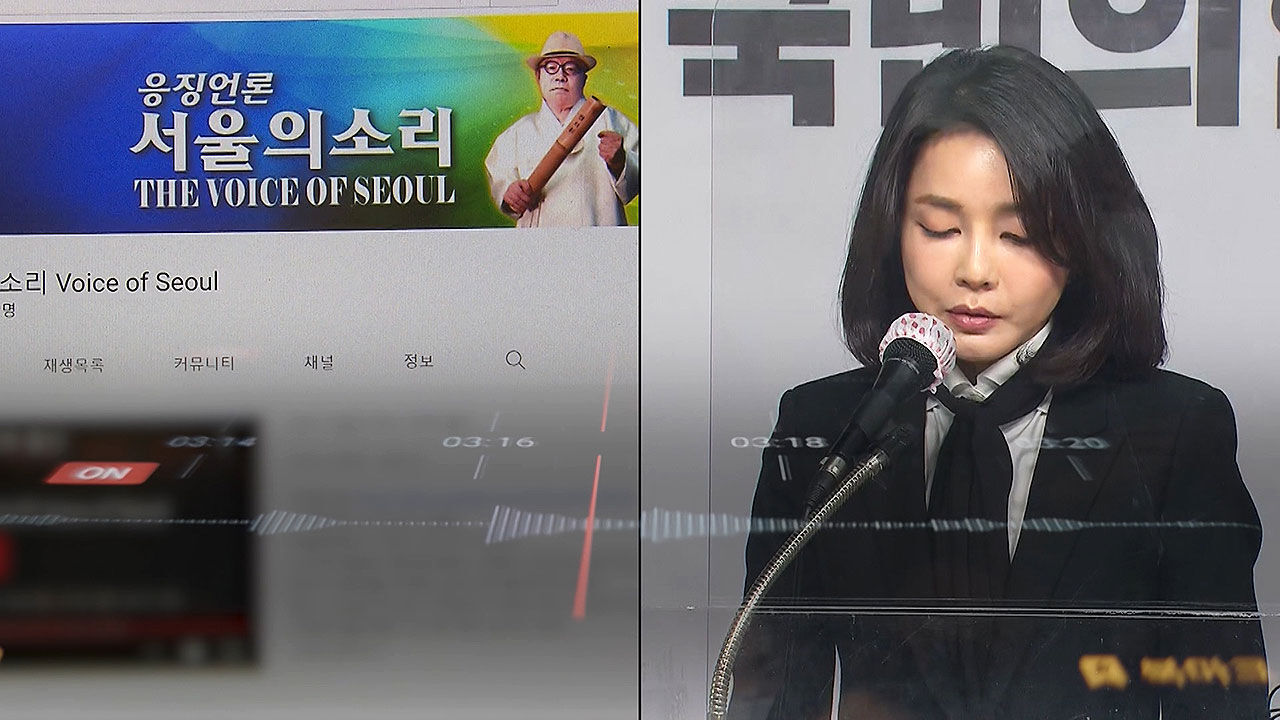 Today (17th), the YouTube media representative who provided MBC with a 7-hour recording of a phone call with Kim Gun-hee, spouse of presidential candidate Yoon Seok-yeol, raised suspicions that Kim may have been involved in the prosecution's investigation into former Justice Minister Cho Kuk.

In today's radio interview, CEO Baek Eun-jong of the Voice of Seoul said, "There is only one thing Kim Kun-hee says about Kim's remarks that MBC did not report yesterday. 'If the former Minister Cho Kuk or Professor Jeong Kyung-shim had been quiet, we would not have tried to arrest them. '(says)," he said.

CEO Baek said, "It's a very shocking statement, and then Mr. Kun-hee Kim was the Prosecutor General." He said, "This is whether the then Prosecutor General Yoon Seok-yeol consulted with Mr. Gun-hee Geom, or (President Yoon) showed such an intention to Mr. I think he must have said something like that, so I see it this way.”

Kim's remarks about former Justice Minister Cho Kuk, released by MBC yesterday, said, "I don't plan to investigate the country like that, but (passport officials) attacked the country too many times." In fact, the enemy of the country was the Democrats."

Regarding this, CEO Baek said, "(MBC report) missed a very important part. I wonder if it was given to MBC for nothing."

He also said that he was "a person who personally experienced Choi Soon-sil during the Park Geun-hye administration" and said of Mr. Kim, "Your speech is great."highly rated.

He said, "If you talk to this person, everyone will be sucked in. I also had that illusion as if everything Kim Kun-hee said was true while watching that (recording). claimed.

Regarding the claim of the people's power that reporter Lee Myung-soo of Voice of Seoul offered 'rice cake' (friendly article) to win Kim's favor, he said, "There seems to be very little content that does something so openly like rice cake." In the process of the interview, there were no problems at all.”

In addition, to the question of whether it is acceptable for this reporter to approach Kim privately and then record it, he said, "I will argue that it is a technical part of the coverage that I did while pretending to be dragged by Kim Gun-hee, so it is not a part that deviates from the ethical part." said.