Parents prefer to cancel the students’ break on “Friday work”

Parents of students in different school stages suggested canceling the “break time” on Friday, which lasts 20 minutes, and continuing the lessons with only time breaks, in order to gain time. 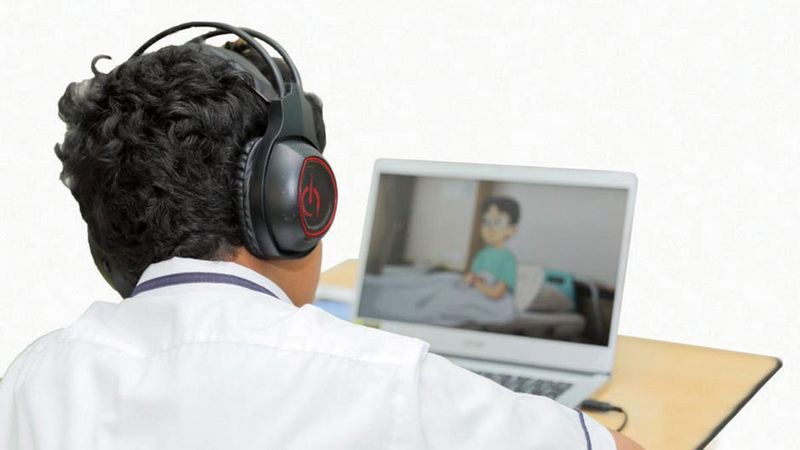 To shorten the number of hours of the school day

Parents prefer to cancel the students’ break on “Friday work”

Parents of students in different academic stages suggested canceling the “break time” on Friday, which lasts 20 minutes, and continuing the lessons with only time breaks, in order to gain time.

They confirmed that they contacted the administrations of their children's public and private schools to change the school class system on Friday, and to suffice the time interval between classes (5 minutes), especially since the distance education system enables their children to eat breakfast during the class.

For its part, the Emirates Foundation for School Education confirmed that the number of weekly hours in government schools will remain unchanged, with working hours ending on Friday at 12 noon for administrators and teachers.

It added that it gave schools the freedom to cancel the break between classes and the morning queue time, provided that they were replaced by academic support.

The Foundation set the duration of breaks in the school day at 35 minutes, leaving the school to choose to distribute them according to its rules of procedure, provided that the duration of one break does not exceed 20 minutes, and gave schools the opportunity to cancel the breaks between classes and the time of the morning queue from the schedule, if they wanted to use the time for the academic support period or Doing homework.

It obligated administrative cadres and teachers to work approved hours, at 36 hours and 30 minutes per week, and to invest time in planning, training workshops, and following up on students' work.

"Taleem" reported keeping the number of weekly hours in government schools the same because it is linked to the curricula and outcomes of student education, so that it is 26 hours for kindergarten, 35 hours for students in the first cycle, and 40 hours for the second and third cycles.

An administrator in a private school in the Emirate of Fujairah, who preferred not to be named, confirmed that parents communicated with the school administration and made proposals regarding the class schedule on Friday, as a large number of them preferred to cancel the "opportunity", which is the 20-minute break.

Some of them demanded that it be reduced to 10 minutes due to their desire to finish school hours before the agreed time and to continue the four classes until the school day ends.

She indicated that the school has registered the proposals and will communicate with the Ministry of Education to find out if the school is allowed to take such a measure, after sending a questionnaire to the students' families to know their opinion at the time of the "break" during school hours on Friday.

The guardian of two students in the second episode, Nada Muhammad, said that she contacted the school administration of her two daughters to suggest that she change the study system on Friday, noting that she had agreed with a “group” that brings together a number of mothers of students in “WhatsApp” that the continuation of the four classes during On Friday, it will be in the student's interest, especially since distance education allowed him to eat breakfast during the class.

The parent of a first-year student, Naama Muhammad, agreed, saying that Friday classes had a positive impact on her daughter, given the long weekends and enough rest time after a busy school week.

She believed that it would be best to reduce the break from 20 minutes to five minutes, because "the student can continue four consecutive sessions without affecting his concentration or feeling tired."

The guardian of three students in different grades, Moza Al-Kaabi, said that canceling the break period will not make school hours shorter, but that the 20 minutes allocated for the break is sufficient.

She confirmed that she had contacted the teachers, and suggested that they cancel the rest period, and only five minutes between classes.

• Schools intend to send a questionnaire to the students' families to find out what they think of the "break" time.