Omicron spreads in Egypt, and a broadcaster appears on the air despite his injury

The Acting Ministry of Health in Egypt said that the country is witnessing a rise in the rate of infection with the Corona virus due to a mutant Omicron, at a time when a broadcaster close to the authority sparked controversy by appearing on the air despite his infection. 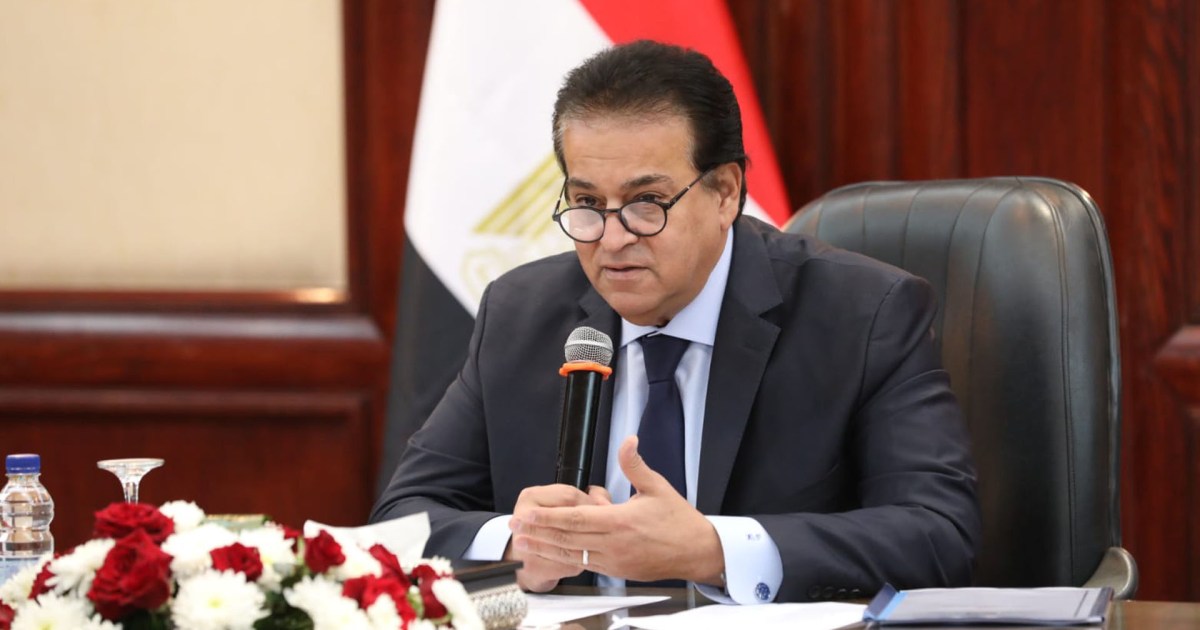 Minister of Higher Education and Chargé d'Affairs of the Egyptian Ministry of Health Khaled Abdel Ghaffar said that his country has witnessed a remarkable rise in infection rates with the Corona virus since the beginning of the year until today, after things were stable last December.

During a press conference in the Council of Ministers, on Sunday, Abdul Ghaffar attributed this increase to the spread of Omicron, which he said has become the currently prevalent mutant in the country, while the Delta mutant comes in second place.

The minister explained that the least common symptoms are coughing, high temperature, loss of sense of smell and taste, chest pain and shortness of breath, appealing to those who feel severe respiratory symptoms to go to hospitals as soon as possible, stressing the importance of time in dealing with corona infection.

The Acting Minister of Health confirmed that the numbers of injuries announced by the ministry on a daily basis are the numbers of patients who visited hospitals only, but that there is a careful follow-up of all positive cases, whether through university hospital laboratories or private laboratories, he said.

For his part, Ministry of Health spokesman Hossam Abdel Ghaffar announced that the two new drugs for the Corona virus, which received the approval of the American Medicines Authority for use at the beginning of infection with the virus, will arrive soon.

Abdel Ghaffar explained, in televised statements, that starting from January 21, the doses of the drug “Evusheld” will arrive, as the government contracted with doses sufficient for 50 thousand people infected with corona, and it will be given to people with chronic diseases, and it will be taken by injection. Inside the ministry hospitals and university hospitals.

The spokesman added that there is a drug that is taken orally, "Merck", and 4 or 5 national companies have applied to produce it locally, and it will be available in hospitals within 3 weeks.

On the other hand, the appearance on state television of Youssef Al-Husseini, who has the Omicron mutant, caused a wave of controversy and anger on social media.

Al-Husseini appeared on the “Ninth” program on Channel One to announce that he was infected with Omicron, saying, “Without concern, I often have Omicron,” adding that the crisis is not in his injury, but in that he was unable to attend the funeral of the journalist Wael Al-Ibrashi (he died a few days ago as a result of the repercussions of the Corona virus).

Some of the pioneers of the communication sites saw that the appearance of this media person with the Omicron mutator is a disregard for human lives, especially since the studio includes a large number of workers, some of whom communicate with him directly, unlike his colleagues who are meters away from him.

And because he is a responsible “media” and a role model and sets an example for people;

#Youssef_Al-Hussaini announces that he has contracted #Corona_Omicron on the air;

From inside a studio with regular employees and workers;

No, on one of the state channels

And yes the role model and honestly bear the responsibility 😏🤷 ♂️

Journalist and Member of Parliament Youssef Al-Husseini appeared on the air during his presentation of the ninth program on Egyptian television, to announce comfortably that he had an omicron

A disregard for human life😡 https://t.co/kcyCWZxoHY

Youssef Al-Husseini - January 2022 - from the center of his program Ali Al-Hawa:

“I often have an omicron… but this is not the story, I mean”

Ok, what is it that can keep a story in your mind?

Youssef Al-Husseini went to the studio and dealt with people in a work environment while he had Corona because he wanted to do a memorial for Wael Al-Ibrashi, who died of Corona.

I do not understand the meanness and filth that can reach the Prophet Adam that he exposes others to a disease in order to take a shot and salvation.

This is a low moral level and criminality, just like the one who coughs or turns around

Youssef Al-Husseini must be held accountable..for appearing on air while he was infected with a highly infectious micron. He should have apologized and sat at home..or went to Parliament 😂😂😂😅

The Ministry of Health had announced the registration of 1,197 new infections with the Corona virus and 25 deaths on Sunday, compared to 1,101 infections and 26 deaths the previous day.

The official spokesman for the ministry (Abdul Ghaffar) said in a statement, "The total number that was registered in Egypt with the new Corona virus until Sunday is 400 thousand and 76, including 333 thousand and 529 cases that have been cured, and 22 thousand and 48 deaths."

The Minister of Higher Education is doing the work of Health Minister Hala Zayed, who has been in hiding since last October, after media outlets reported that she had suffered a sudden illness, but other media outlets talked about the possibility of her involvement in a corruption case that hit the ministry.