An investigation team has, with the help of modern technology, identified a person whom they suspect gave the Nazis information about where Anne Frank and her family were during World War II, writes the BBC. Jewish Anne Frank died at the age of fifteen in a German concentration camp in 1945. 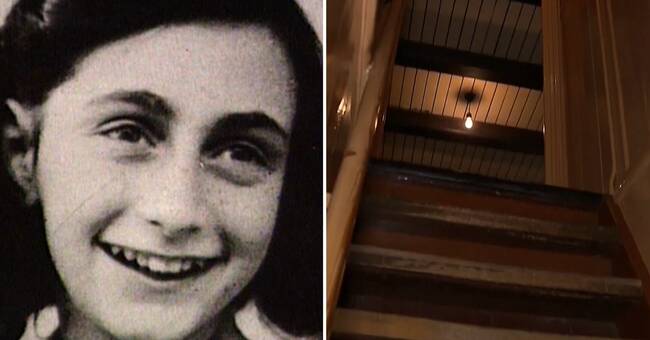 Anne Frank and her family had been hiding in Amsterdam for two years before being found by the Nazis, probably after someone revealed their hiding place.

While on the run, Anne Frank wrote diary entries, texts which after her death resulted in the now world-famous book "Anne Frank's Diary", a depiction of life as a Jew in the Europe occupied by Hitler's Germany.

Since then, several theories have been presented about who may have betrayed the family.

Now an investigation team consisting of a former FBI agent, historian and several other experts says they have really found the person who did it.

The suspect was himself a Jew

The group has used modern investigative techniques and computer algorithms to detect connections between a large number of people, something that for a human being would take thousands of hours of work.

The suspected informant must have been a Jew himself and must have been part of the "Amsterdam Jewish Council", an organization set up by the Nazis to administer Jewish areas.

The council was dissolved in 1943 and its members were sent to concentration camps.

However, Anne Frank's suspected informant was never sent there.

According to investigators, it is likely that he revealed Anne Frank's family to save himself.

"He had to offer the Nazis something valuable to keep himself and his wife safe," Vince Pankoke, a member of the investigation team, told CBS 60 Minutes.

A document that is highlighted as evidence against the now suspected man is an anonymously written note, found by the investigation group among a former investigator's collected material.

In the document, which is said to have been sent to Otto Frank, Anne Frank's father, the man is pointed out as the one who betrayed them.

The reason why the paper has not been published before may be a concern for anti-Semitic reactions, according to investigator Pankoke.

- But we must keep in mind that the fact that he was a Jew meant that he was in an unsustainable situation of the Nazis, and did something to save his life, he says.