CAN: Cameroon and Aboubakar settle for one goal but finish first

Cameroon were held in check by Cape Verde (1-1), but retain first place in their group thanks to Vincent Aboubakar's fifth CAN goal on Monday in Yaoundé. 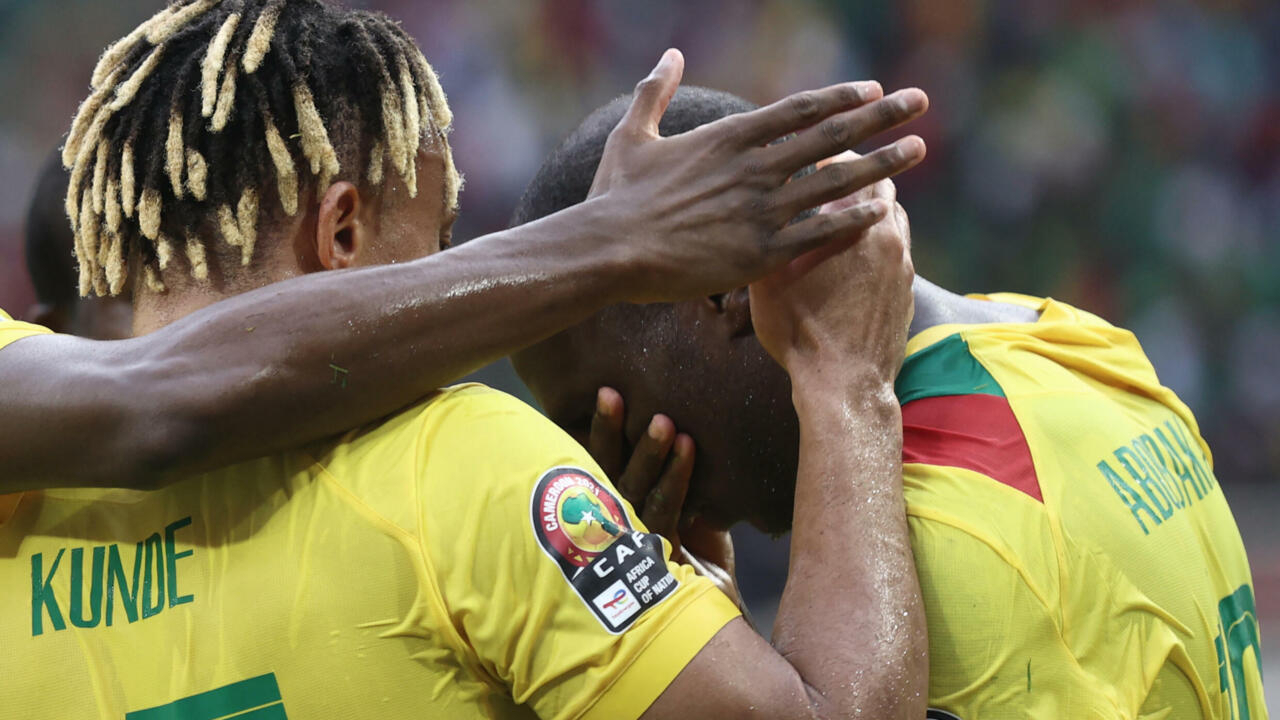 Less brilliant offensively than against Ethiopia (4-1), the "Indomitable Lions" will play their round of 16 on January 24 in Yaoundé, in this stadium of Olembé poorly stocked at the start of the match, and close to its authorized gauge, 80%, at the final whistle.

The rest of the program is likely to get tougher, because the host country could well inherit a monstrous third group, Ghana, Ivory Coast or Algeria!

Burkina Faso, which drew (1-1) against Ethiopia in the other match of the day, finished second with 4 points, ahead of Cape Verde, which they beat (1-0) in the group stage.

But the "Tiburones Azules" (Blue Sharks), also with 4 points, can hope to finish among the four best third who will participate in the round of 16.

Cameroon once again counted on their captain, Vincent Aboubakar (39th), who took in the goal a shot deflected by Edilson "Diney" Borges.

After his two doubles against Burkina-Faso (2-1) and Ethiopia (4-1), "Abou" advances at the pace of the CAN record holder, Zairian Pierre Ndaye Mulamba, 9 goals in 1974, in five games , like Michel Platini at Euro-1984.

So far, Aboubakar had only scored one goal in the African Cup, but what a goal!

A volley after a sombrero shot to win the 2017 final against Egypt (2-1), two minutes from the final whistle!

On Monday, he equalized with a superb "Madjer" from Garry Rodrigues (53rd) on a cross from Kenny Rocha Santos.

Cameroon have conceded a goal in every game, a point to watch for one of the favorites.

Cape Verde striker Garry Mendes Rodrigues is jubilant after scoring the first goal for his selection against Cameroon in Group A of the Africa Cup of Nations (CAN) on January 17, 2022 at Stade d'Olembe in Yaoundé Kenzo Tribouillard AFP

His coach, Toni Conceiçao, tried a third central hinge, this time it was Stéphanois Harold Moukoudi who was associated with Michael Ngadeu, after Jérôme Onguéné against Burkina and Jean-Charles Castelletto against Ethiopia.

And his excellent goalkeeper, André Onana, very comfortable in the game on foot, at the school of Ajax Amsterdam, still missed an aerial exit (44th).

Offensively, Cameroon has skated a bit.

Playing this time in yellow, as in the final of their first victory in CAN (1984), the Lions nevertheless did everything to sign a third victory.

The Lions have seven days to set the sights.