Build a private garden in Beijing! The year before Chen Gang was investigated, he made a crazy fortune of nearly 70 million

China News Service, Beijing, January 17th. On the 17th, the third episode of the anti-corruption-themed TV feature film "Zero Tolerance", "Punish the Past and Avoid the Future" was broadcast. The details of corruption of sacked officials such as Vice Chairman Liu Guoqiang and former Secretary of the Party Committee of Beijing Normal University Liu Chuansheng were further disclosed.   Among them 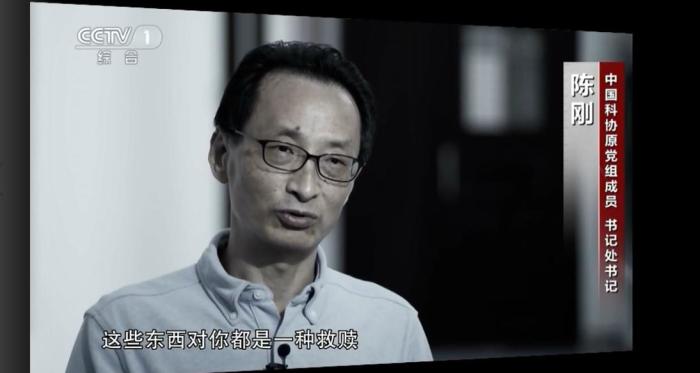 China News Service, Beijing, January 17th. On the 17th, the third episode of the anti-corruption-themed TV feature film "Zero Tolerance", "Punish the Past and Avoid the Future" was broadcast. The details of corruption of sacked officials such as Vice Chairman Liu Guoqiang and former Secretary of the Party Committee of Beijing Normal University Liu Chuansheng were further disclosed.

Among them, Chen Gang, who has worked in Beijing for a long time, once asked his boss to invest tens of millions of yuan to build a private garden in Beijing.

suspected to be investigated

Chen Gang, who will turn 56 this year, was sacked as a member of the party group and secretary of the secretariat of the China Association for Science and Technology three years ago, and became the "first tiger" in the fight against corruption in 2019.

Chen Gang has served in Beijing for a long time. In 2006, at the age of 40, he became the deputy mayor of Beijing and became a deputy provincial cadre.

The court found out that from 2003 to 2018, Chen Gang had been corrupt for 16 years, and illegally received property from others equivalent to nearly 130 million yuan.

Chen Gang realized that the organization may further investigate and deal with him.

For a whole year in 2018, Chen Gang lived a self-destructive life with a self-defeating mentality.

Not only did he not restrain himself, but he intensified his efforts, and frantically accepted a huge amount of bribes of nearly 70 million yuan, accounting for more than half of his total bribes.

At the same time, he was extremely frightened and empty in his heart. He anesthetized himself by indulging in sensual pleasures every day, and he thought of surrendering himself many times.

The feature film also revealed that from 2002 to 2014, Chen Gang, in order to satisfy his "design dream", asked his boss to invest tens of millions of yuan to build a private garden for him in Huairou, Beijing in two phases.

Because the garden violated the overall urban planning of Beijing, it has been demolished after Chen Gang was investigated.

The garden covers a total area of ​​109 mu, with a construction area of ​​more than 3,000 square meters. The decoration is luxurious. There are Chinese-style courtyard houses, Western-style waterfront all-glass villas, Japanese-style courtyards, etc. Massage rooms, etc.

After the completion, Chen Gang often brought his family, friends and business owners here for leisure and entertainment, indulging in the "quality life" space he created.

In 2008, a real estate boss closely related to Chen Gang developed a property in a prime area of ​​Beijing. Chen Gang took a fancy to the environment and location of the community and asked the boss to build a tailor-made villa for him.

He personally revised the drawings and changed the ground area to more than 200 square meters to meet policy standards.

In fact, he asked the boss to build a two-story basement with a total area of ​​more than 800 square meters above and below ground.

"I tried every means to disguise, and I was trapped in this cage by my own selfish desires. Although I am here to be examined and lost my freedom, I am liberated, I can sleep and eat. "Chen Gang confessed.

Re-read the application for party membership during the investigation period

Liu Guoqiang was born in December 1953, a native of Benxi, Liaoning Province. He used to be the general manager of Benxi Iron and Steel Group and the mayor of Benxi City. From 2001 to 2013, he served as the vice governor of Liaoning Province, and later became the vice chairman of the Provincial Political Consultative Conference. He retired in January 2017. .

On the evening of July 13, 2020, the news that Liu Guoqiang was investigated was released.

On August 19 last year, the Tianjin No. 1 Intermediate People's Court heard the case of Liu Guoqiang's bribery. The prosecution accused: From 2006 to 2020, Liu Guoqiang took advantage of his positions as vice governor of Liaoning Province and vice chairman of the Chinese People's Political Consultative Conference to help others in the enterprise. Provide assistance in matters such as business management and job promotion, and illegally accept property from others, totaling more than RMB 352.47 million.

The feature film "Punish Before and Avoid Later" revealed that the Central Commission for Discipline Inspection and the State Supervision Commission found clues of Liu Guoqiang's bribery in the process of handling another case, and took lien measures against Liu Guoqiang after preliminary verification.

"In the process of doing ideological and political work, we have adopted many methods. In the early stage, we gave him his application for joining the party and the party constitution. He had to read it and reawaken his sense of party spirit." Central Commission for Discipline Inspection and State Supervision Commission work Personnel Zhao Feng said.

"The Mid-Autumn Festival task force specially gave me moon cakes. I celebrated my birthday on December 17th and bought me a birthday cake. Several young men from the task force ate the cake with me. If I miss my daughter, give it to me (see) The video that came. I'm not feeling well, and they take care of me." Liu Guoqiang said.

In the introduction of the feature film, after profound reflection, Liu Guoqiang initially held a confrontational mood, then explained the problems a little bit with reservations, and finally confessed all the problems.

Former Secretary of the Party Committee of Beijing Normal University:

On December 30, 2021, the website of the Central Commission for Discipline Inspection and State Supervision Commission issued a notice: Liu Chuansheng, the former secretary of the Party Committee of Beijing Normal University, was expelled from the Party for serious violations of discipline and law.

More than half a month later, she appeared in the third episode of the anti-corruption feature film "Zero Tolerance".

Liu Chuansheng served as Secretary of the Party Committee of Beijing Normal University from June 2005 to November 2016.

The feature film revealed that in 2011, Liu Chuansheng's son returned from studying abroad and wanted to start a business in the field of preschool education, but he had neither the funds, the venue, nor the experience or foundation.

Liu Chuansheng used his power to illegally let his son use the Beijing Normal University signboard to develop business.

Liu Chuansheng bypassed the procedure and arranged for his subordinates to help his son open the first kindergarten in violation of regulations.

By 2015, Liu Chuansheng felt that he was about to retire and decided to pave the way for his son while he still had power.

Liu Chuansheng asked his subordinates to authorize the kindergarten affiliated to Beijing Normal University as a one-time authorization to her son's company.

During the investigation, Liu Chuansheng quickly explained that he had illegally occupied a suite of nearly 80 square meters in the expert building of Beijing Normal University for a long time, purchased the housing in the Jingshiyuan community developed by Beijing Normal University at a low price, illegally handled and intervened in personnel recruitment, etc. problem.

On July 8 last year, it was officially disclosed that Liu Chuansheng was suspected of serious violations of discipline and law.

"Strictly governing the party is getting tighter and stronger, and the determination to fight corruption is getting bigger and bigger. This is a big situation. We must recognize this situation, surrender early, explain early, and really believe in the organization. After this, Only then can you feel that the organization is truly saving you." Liu Chuansheng said.