Within the power of the people, it is noteworthy whether Kim's public move will be accelerated as it is evaluated that Kim Gun-hee, the spouse of presidential candidate Yoon Seok-yeol, has passed the '7-hour call' controversy relatively safely. 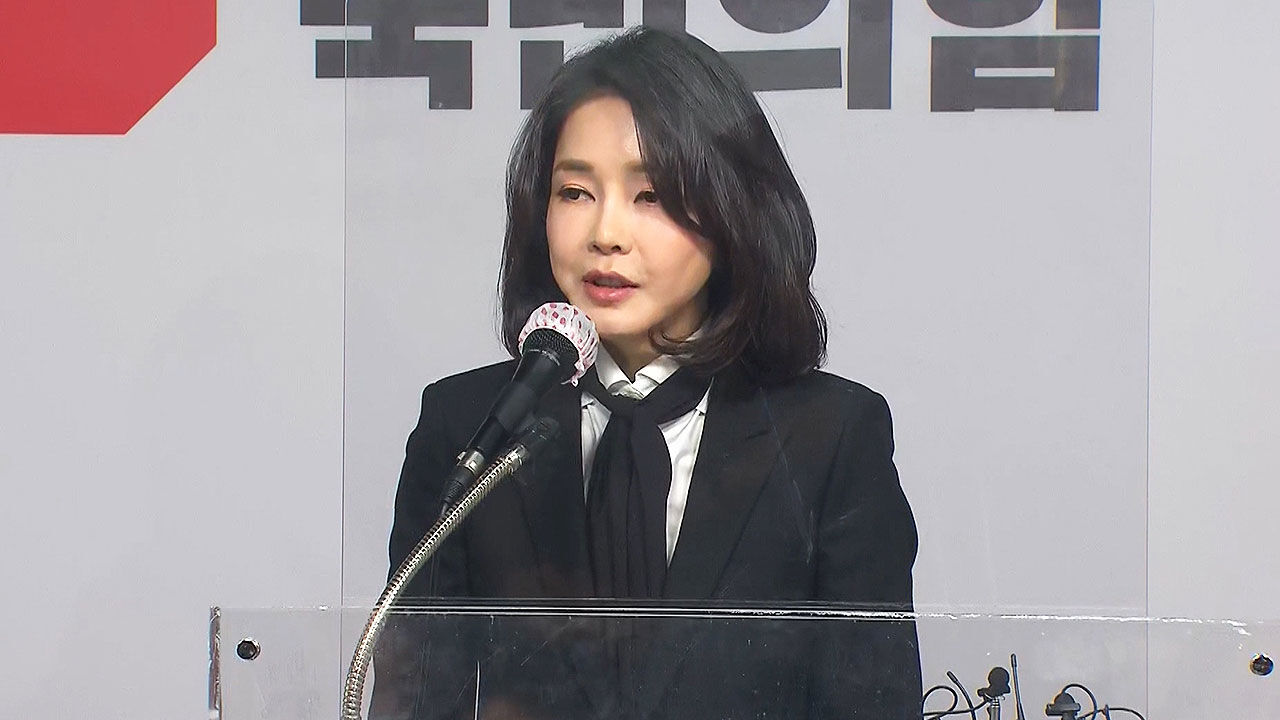 Within the power of the people, it is noteworthy whether Kim's public move will be accelerated as it is evaluated that Kim Gun-hee, the spouse of presidential candidate Yoon Seok-yeol, has passed the '7-hour call' controversy relatively safely.

In an election that lacks even one vote, a spouse can be a strong supporter of the candidate, but the power of the people put it behind the curtain because it was burdensome to put Kim, who has been the subject of many suspicions, to the fore.

However, within the party, voices are rising that there is no need to continue to worry about the risk of spouses as it is judged that the currency controversy, which was feared to be the worst bad news for the election, is likely to be 'breath'.

Kim unintentionally revealed his candid appearance in front of the public through the disclosure of the phone call, and the reaction is not as bad as feared.

There are also internal evaluations that Mr. Kim confidently expressed his opinion and personally explained the 'Julie suspicion', and instead approached the public with a favorable impression.

An official from Candidate Yoon's side said in a media call, "It is of course necessary to review Kim Gun-hee's public activities."

However, there is also the prudent theory that the time is not yet within the party.

Various moral controversies surrounding Mr. Kim, such as false history, have not been erased from the public mind, and the suspicion of Deutsche Motors stock manipulation has not yet been resolved through the prosecution's investigation.

On the 26th of last month, Kim apologized for various false records and said, "I will have time to quietly reflect and reflect during the remaining election period."

In fact, the head of the Election Response Headquarters, Kwon Young-se, asked a reporter if Kim's election campaign would be accelerated after the election headquarters meeting today (17th), and said, "It's a matter to think about more, but I will have more time for reflection and reflection when my spouse apologized last time. Because I did it, I think I need some time.”

Some point out that it is still too early to estimate the impact of this currency release on the public opinion in the presidential election.

Kim's remarks, which were not disclosed by MBC yesterday for reasons such as a court decision, are still being released through the YouTube media 'Sound of Seoul', where the call was originally recorded, so there are also observations that more problematic remarks may be made in the future. .

Even though the image of Mr. Kim revealed through the recording has won the favor of some voters such as 'Lee Dae-nam' (a man in his 20s), some point out that it is still far from what many people expect of the 'future first lady'.

In addition, the Democratic Party compares Mr. Kim to Mr. Choi Soon-sil, a non-election officer of former President Park Geun-hye, as an opportunity for the currency controversy.

Kim Eun-hye, the head of public affairs, said on the radio today, "I am not involved or involved in anything other than what I can normally do as a wife."

Accordingly, the People's Power is expected to weigh the effects and risks of Mr. Kim's election support while keeping an eye on the future direction of public opinion, and consider the timing of his debut.