The Sudanese crisis.. The political forces are discussing the UN proposal and the African Union meets with Al-Burhan

The parties to the Sudanese crisis are discussing the United Nations proposal to launch political consultations to support the democratic transition, while a delegation from the African Union met with the Chairman of the Military Council, Abdel Fattah Al-Burhan. 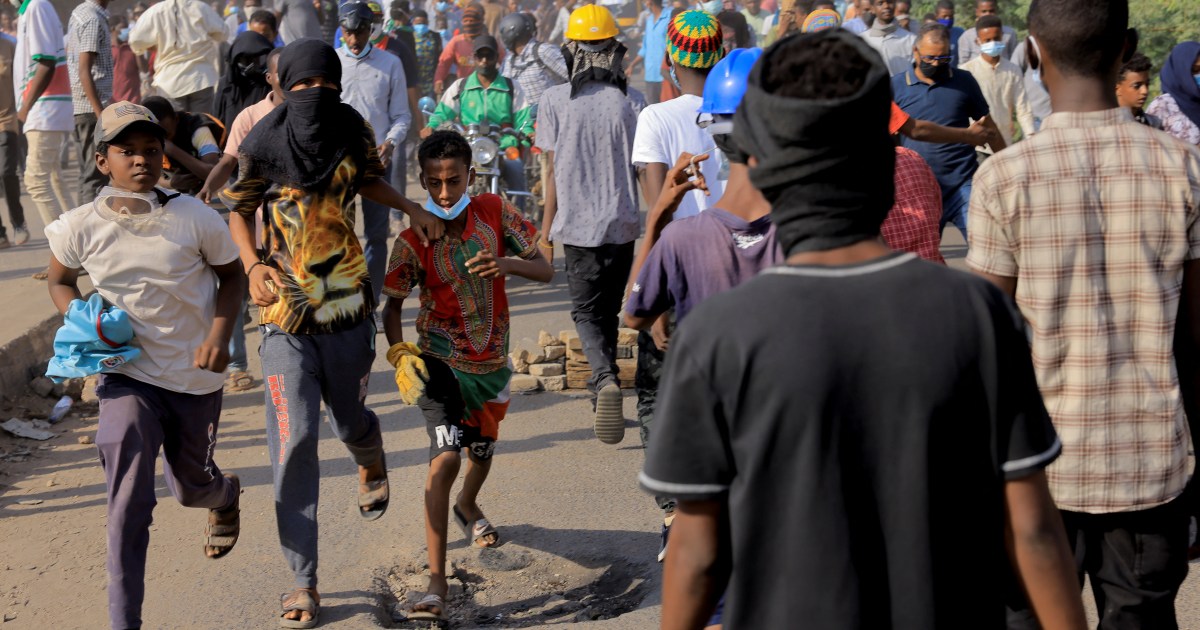 The parties to the crisis in Sudan are discussing the United Nations proposal to launch political consultations to support the democratic transition in the country, while a delegation from the African Union met with the head of the Military Council, Abdel Fattah Al-Burhan, to support the UN proposal.

The forces of "Freedom and Change - Central Council Group" announced their acceptance of the UN proposal.

Her delegation met with the United Nations Mission in Sudan, where the Central Council handed over its vision on the UN proposal for dialogue between the parties.

During a press conference following a meeting with the UN representative, Wagdy Saleh, a leader in Freedom and Change-Central Council, announced the forces’ decision to deal positively with the UN proposal, on the basis of ending what he described as the revolutionary situation in Sudan, and drafting a new constitution.

He stressed the forces' categorical rejection of any negotiations with the military.

The Central Council of the Forces of Freedom and Change also called for expanding the UN proposal to include the Troika and the European Union, and that the consultations be set according to a specific time limit.

The leader of these forces explained - in an interview with Al Jazeera - that the popular movement will continue in the street, calling on the military establishment to take confidence-building measures such as releasing detainees and stopping repression.

For its part, the United Nations Mission "UNITAMS" - in a briefing on its proposal - said that the internal Sudanese efforts have not yet succeeded in confronting the crisis.

Unitams added that it will hold meetings individually with all political forces, parties and actors, including civilians and the military.

Movements that have not yet completed the peace process will also be invited to participate, in order to make the consultations as inclusive as possible.

The UN mission called for the protection of the right of the Sudanese to peaceful assembly and freedom of expression, and called on the security forces to assume their responsibility for self-restraint, and to fulfill their obligations under international law.

In the context of international support for the UN proposal, the US State Department announced that a delegation led by the Assistant Secretary of State and its envoy for the Horn of Africa will start a tour from January 17 to 20, which includes Saudi Arabia, Sudan and Ethiopia.

The US delegation will attend the "Friends of Sudan" meeting in Riyadh, before heading to Khartoum, where it will meet with military leaders, activists and political figures, according to the US State Department statement.

The US State Department stressed that the delegation's message will be clear that Washington is committed to freedom, peace and justice for the Sudanese people.

In the meantime, the African Union began its consultations with the political forces in Khartoum in support of the efforts of the United Nations. Al-Burhan met the Commissioner for Peace and Security of the African Union, Bancol Adewe, who handed him a message from the Chairperson of the Union Commission regarding the latter's vision regarding the situation in Sudan.

During the meeting, the African Commissioner called for the renunciation of violence and the priority of the national interest.

In another context, groups of medical personnel organized a protest sit-in in front of the Public Prosecution office in Khartoum to demand civilian rule and the removal of the military from power.

The protesters condemned the incidents of attacks on hospitals and good staff during the popular demonstrations, and appealed to international organizations to pressure the authorities to limit the use of violence during peaceful demonstrations.

The families and friends of political detainees also staged a protest sit-in today, Sunday, in front of the Public Prosecution Office in Khartoum, and demanded that they be released or brought to trial.

The stop comes 4 days after the political detainees went on an open hunger strike due to the extension of their detention.

The representative of the detainees' families said that political parties had intervened in the issue of arresting their relatives and renewing their detention, despite the judiciary's refusal to do so.