Herd immunity: Is Britain close to turning the page on the Corona pandemic?

There has been much talk in many European countries about “the beginning of the end of the Corona pandemic”, led by Britain, which is racing against time to be the first country in the world to announce a final exit from the epidemic, and coexistence with the Corona virus. 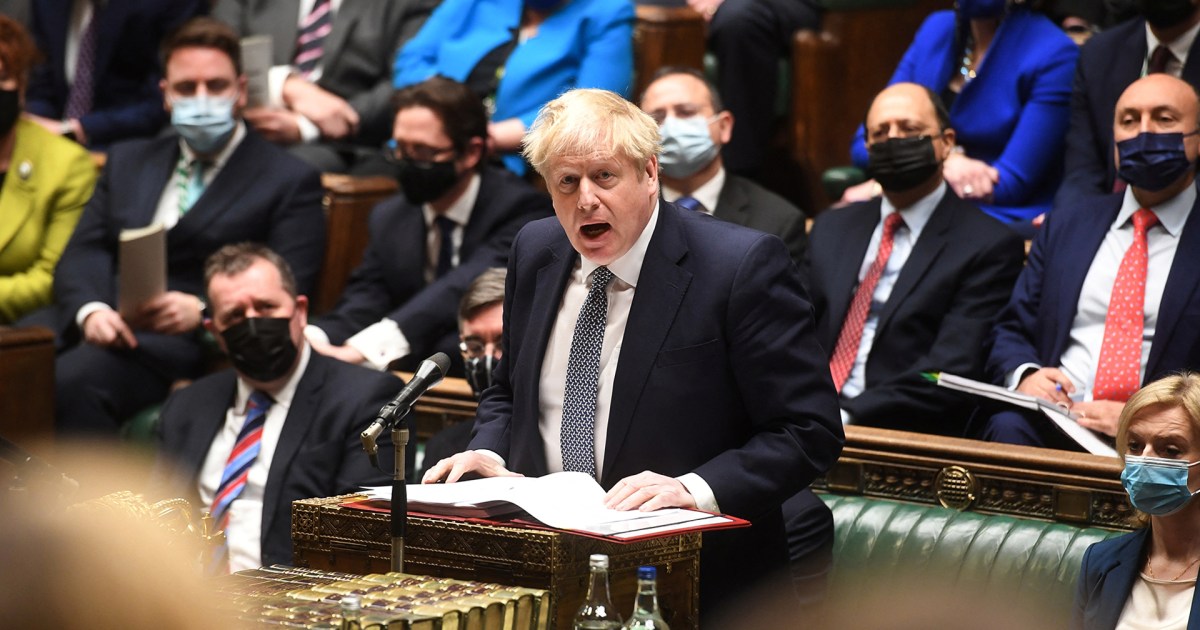 - There has been much talk in many European countries about “the beginning of the end of the Corona pandemic,” especially Britain, which is racing against time to be the first country in the world to announce a final exit from the epidemic, and coexistence with the Corona virus.

With much enthusiasm, British government ministers are talking about the fact that 2022 will be the year of the end of the pandemic, and that their country will lead the world towards getting out of this dark tunnel.

Some will say that the speech of politicians can not be trusted very much, as they raise slogans intended to raise their popularity, however, eminent British scientists are now adopting the thesis of closing the page of the epidemic, and coexisting with the virus as the world coexists with influenza.

What are the numbers and data that enhance the possibility of Britain exiting the tunnel of this pandemic?

Since the beginning of the pandemic, the fatality rate has been one of the terrifying numbers related to Corona. In Britain - for example - and in the first year of the epidemic, 50,000 injuries left a thousand deaths on a daily basis, before this number gradually decreased.

Two years after the beginning of the pandemic, the numbers show a decrease in deaths due to the Corona virus by 80%, and this is due to the vaccination rate as well as a more understanding of how to deal with the virus.

Britain is one of the few countries that has licensed the drug produced by Pfizer against Corona, and indeed it has begun to be used in British hospitals, and the numbers have shown that it helps reduce exposure to severe symptoms due to the virus by 90%.

In an important intervention by Professor David Heyman, one of Britain's leading health scientists, the British scientist confirmed that his country is the closest country in the world to ending the pandemic and getting out of it to deal with Corona like any normal disease.

And the pharmacologist said in his intervention at the Chatham House Institute that he builds his theory on the level reached by herd immunity in the United Kingdom, as he notes that 95% of the British people are now available to antibodies either through vaccines. Or through natural immunity after being infected with the virus.

Britain was the first country in the world to launch a massive vaccination process for citizens, as well as one of the most vaccinated countries with the third dose, which made it more prepared to face the new wave caused by the "Omicron" mutant.

According to statements by British Prime Minister Boris Johnson, doctors told him that 90% of the people in intensive care are people who are not vaccinated at all or have received only one dose.

Living with the virus

Health Minister Sajid Javid and Education Minister Nazim Zahawi are promoting the idea that the country is moving towards the end of the pandemic within the next few months, and the Minister of Health wrote a lengthy article saying that this year will be the year of coexistence with the virus.

As for Nazim Zahawi, who is credited with the success of the vaccination process in the country, he shows high confidence that Britain will be the first Western country to move to the "end of the epidemic" stage.

The British minister stressed that the virus will remain with humanity for the next ten years, "and our country will be the one who charts the way for the world to deal with the virus."

Since the beginning of the pandemic, the elderly category has been the major victim of the Corona virus, and the priority has been to protect them from infection, and after two years of this epidemic, the vaccination rate among adults aged 65 years and over has reached about 95%, and the percentage of those who received the three doses was close to 90%.

These numbers prompted a number of epidemiologists to expect the beginning of the exit phase of the epidemic at the beginning of next February or March, at the latest, after achieving the goal of immunizing the elderly.

Governments have always feared the collapse of health systems due to the increasing number of people infected with the virus who need to be hospitalized, but the recent wave of the Omicron mutant, in which the daily infection rate reached 200,000, shows that the situation has changed dramatically.

Compared to the same period in 2020, when the second wave of the virus spread, the number of people in hospitals due to Corona was 35,000, about 3 times what was recorded last year, knowing that infections during the end of 2021 are 4 times the number of infections at the end 2020.