French presidential: in an immersive meeting, Mélenchon gives his vision of the world

It was in Nantes (west) that Jean-Luc Mélenchon held an "immersive and olfactory" meeting this Sunday. A new experiment aimed at distinguishing the candidate from the Insoumis within a divided left… 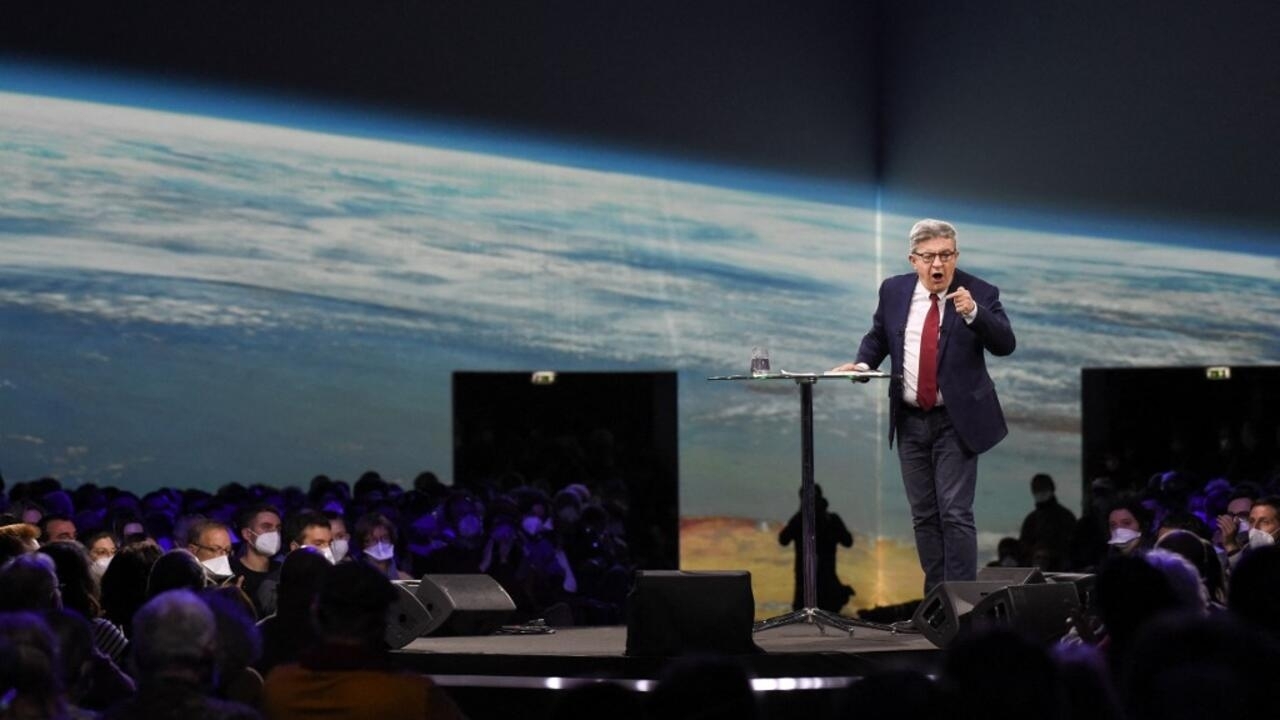 French presidential: in an immersive meeting, Mélenchon gives his vision of the world

Jean-Luc Melenchon, leader of the La France Insoumise (LFI) party, deputy and candidate for the French presidential election of 2022, during his immersive and olfactory meeting in Nantes, January 16, 2022. AFP - SEBASTIEN SALOM-GOMIS

It was in Nantes (west) that Jean-Luc Mélenchon held an "

A new experiment aimed at distinguishing the candidate of the Insoumis within a divided left and struggling in the polls.

Jean-Luc Mélenchon launched this Sunday his last sprint towards the presidential election with a novelty: an immersive meeting to deliver his speech and present his program.

He projected himself towards space, digital technology and the sea, “

the new frontiers of humanity

It is seen from space that we better understand everything there is to do on Earth, thousands of applications in your phone depend on space: GPS, weather, cartography.. .

,” launched the Insoumis candidate by presenting his program concerning space while a visual was deployed on the four 50-meter-wide walls projecting the 3,000 activists from the assistance into space.

Jean-Luc Mélenchon urged his supporters to the "

political battle for the decommodification of space, for the disarmament of space, it must remain a place of peace

questions which should be in the presidential election

Getting back to technical progress

now we are going to go horizontally from the digital canvas

”, then launched the tribune, while the visual table representing printed circuits was spread out on the screens.

Independence policy on internet cables laid under the oceans, artificial intelligence of which "

we must not be afraid

", machines which must finally "

relieve the pain of human beings

": the Insoumis affirmed that politics must reclaim the Technical progress.

Thus, the time saved thanks to the machines will help, according to him, to guarantee retirement at 60 and the effective 35 hours, then the 32 hours of weekly working time.

Look at its power, its strength, here is the exit door from nuclear power, because it contains 66 times the power we need. , with the movement of the tides and the currents

practical and without compromise

The immersive meeting, which remained discreet on the olfactory level according to some participants, was thought of as a mobilization tool.

The candidate explained why he opted for this novelty, which some on the left see as a "gadget".

harmony of humans between them and with nature

brilliance to start the year

" is also for Jean-Luc Mélenchon a way of turning to voters who no longer know what to vote while the left is scattered in six main candidates and cannot compete in the polls. with Emmanuel Macron and the rights.

To read also: Presidential 2022: the French left at the foot of the wall

And to reject once again the calls for union of the "

", whose investiture vote is held at the end of January: "

We are not concerned by the misadventures of the center left, between

's PRG and the Parti socialist of Hidalgo

“, pinged the Insoumis, the day after the declaration of candidacy of the first.

The famous holograms of the 2017 campaign will return on April 5 for simultaneous meetings in several cities in France.

Les Insoumis will parade through the streets of Paris on March 20.

► To listen and read also: Mélenchon, the last dance