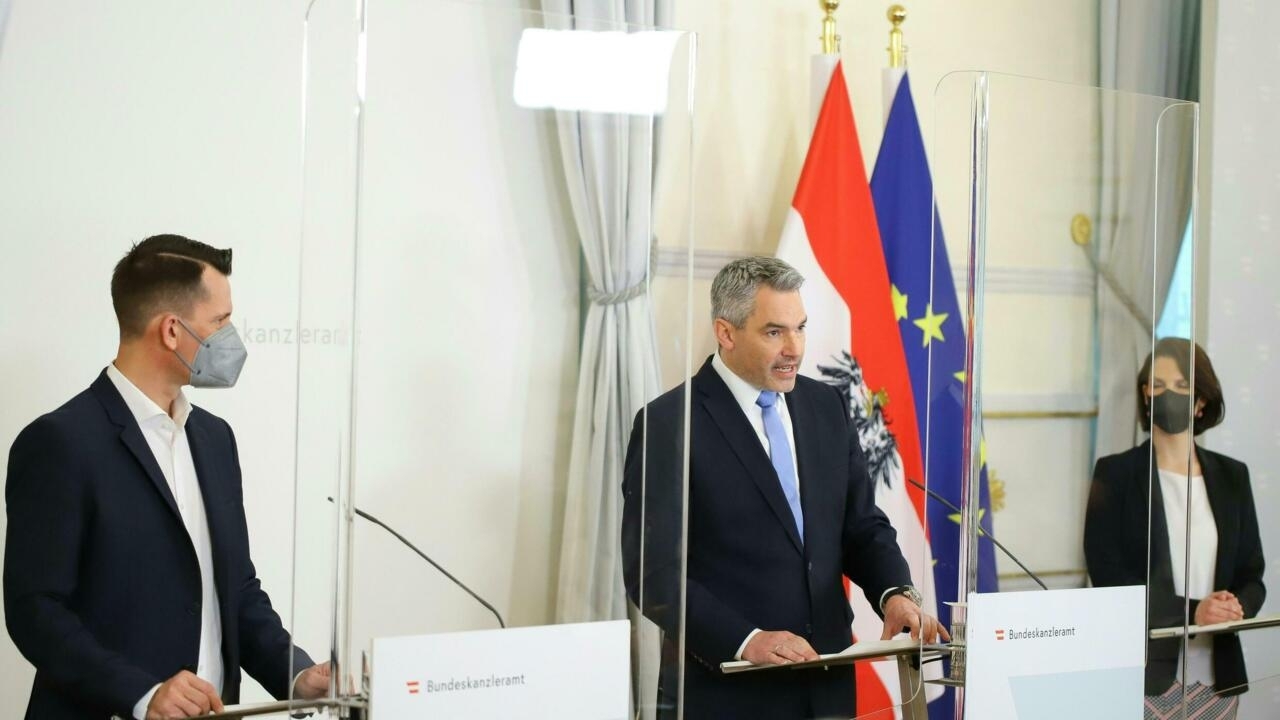 Austria will make vaccination against the coronavirus compulsory for adults in early February, under penalty of a heavy fine, said Austrian Chancellor Karl Nehammer, aware of the “sensitive” nature of this first in Europe which divides society.

“Checks will be carried out” and not being vaccinated will constitute an “offence” liable to financial “sanctions” varying between 600 and 3,600 euros, in the event of a repeat offense.

The vaccination pass is required in an increasing number of countries for certain professions, categories of population or the practice of activities, but the anti-Covid vaccination compulsory for all remains an exception.

France: adoption of the bill establishing the vaccination pass

The French Parliament has definitively adopted, by a last vote of the deputies, a bill establishing the vaccination pass, which the government wants to implement as quickly as possible in the face of the resurgence of the epidemic.

Socialist parliamentarians have planned to seize the Constitutional Council to guarantee respect for "fundamental freedoms", which will postpone the promulgation of the bill for a few days.

Djokovic deprived of the Australian Open

After a long soap opera with twists and turns, Novak Djokovic, not vaccinated against Covid-19, left Australia following the rejection by the courts of the appeal he had brought against his expulsion, ordered by the Australian government.

"I am extremely disappointed," reacted the world number 1 in tennis, who had contracted Covid 19 in December and hoped to benefit from an exemption to play in the Australian Open which begins on Monday.

He had been blocked on his arrival in Melbourne on January 5 and placed in administrative detention.

But a judge had ordered his release.

The Minister of Immigration then counter-attacked by canceling his visa on January 14.

A three-week-old infant died in Qatar from the consequences of a "serious infection" due to Covid-19, a rare case announced on Sunday by this Gulf country.

Mortality due to the coronavirus is very limited among children, but health authorities in several countries have recorded more cases of infection among them since the spread of the Omicron variant.

AFP will file a complaint after the attack on its journalists

Agence France-Presse will file a complaint for "intentional violence in meetings", "death threats" and "obstructing freedom of expression" after the attack on one of its teams during an anti-pass rally vaccine in Paris, announced its CEO.

AFP "is determined to defend the exercise of the profession of journalist in the field and will file a complaint on Monday", declared Fabrice Fries.

Boris Johnson will tackle the "underlying culture" in Downing Street which has allowed several parties in full confinement, said one of his ministers, the head of the British government seeking to raise the bar after seeing his popularity plunge.

Accused by the opposition of having "broken the law", Boris Johnson is preparing to announce measures including the banning of alcohol in Downing Street offices and the dismissal of several of his collaborators, according to the Sunday Times.

The Covid-19 pandemic has killed at least 5,533,105 people worldwide since the end of December 2019, according to a report compiled by AFP from official sources on Sunday.

The World Health Organization estimates, taking into account the excess mortality directly and indirectly linked to Covid-19, that the toll of the pandemic could be two to three times higher than that officially recorded.