CAN: Tunisia and Khazri reassure themselves by eliminating Mauritania

Tunisia has revived well in Group F of the African Cup of Nations (CAN) by beating Mauritania 4-0 on Sunday in Limbe, and can still hope to qualify at the expense of Mali or… 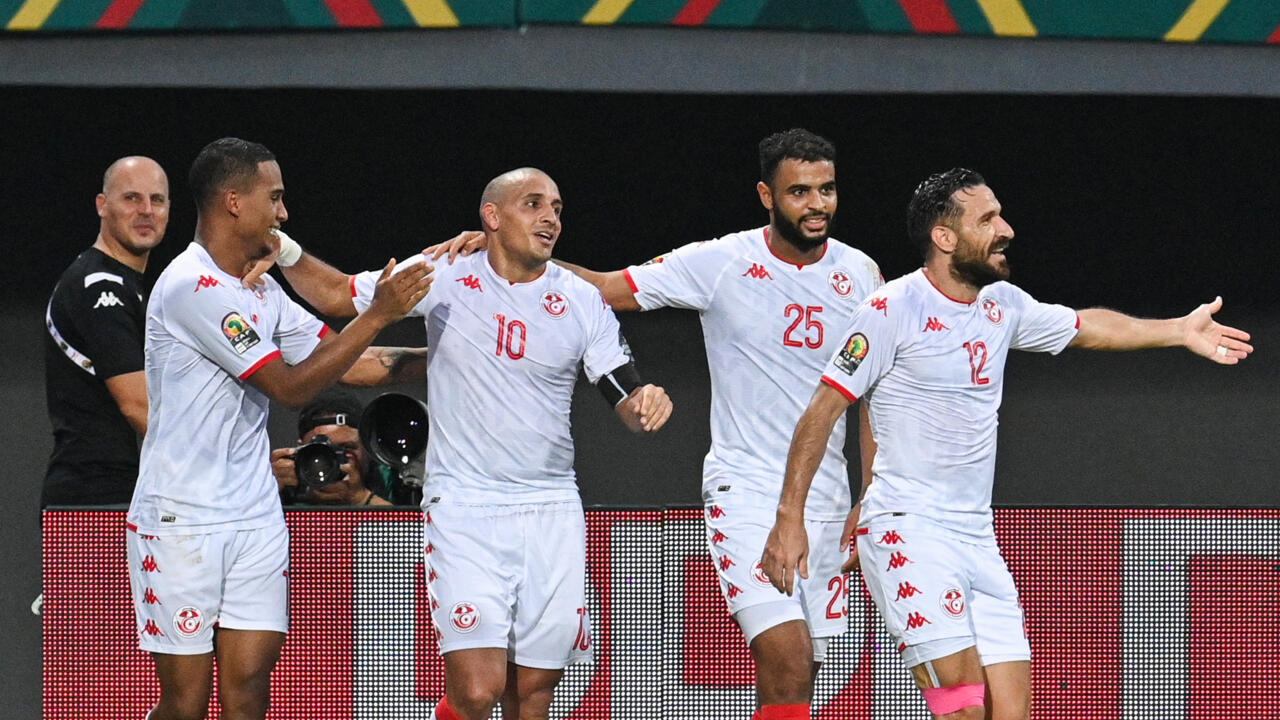 Defeated by Mali (1-0) in a match at the incredible end, which had not lasted 90 minutes, the Carthage Eagles took the lead, without waiting, and first scored two goals in nine minutes, history to be reassured immediately.

Hamza Mathlouthi (4th), the Zamalek player, opened the scoring with a superb cross shot from the right, half-volley, after an offensive movement from the left side and badly repelled by the Mauritanian defense. Goalkeeper Babacar Diop could only see the damage.

The joy of Tunisian defender Hamza Mathlouthi (c), after opening the scoring against Mauritania, during their group F match of the African Cup of Nations, on January 16, 2022 in Limbe (Cameroon) Issouf SANOGO AFP

It was then Wahbi Khazri (9th), the official playmaker and savior of AS Saint-Etienne, well served in the area, who took his time to adjust Diop with a tight shot from the right, low of land, allowing Tunisia to take the break.

At 2-0 in nine minutes, against Mauritanians who had never beaten them in official competition, the Tunisians, with three points almost guaranteed, went into management mode, to prepare well for their last decisive Group F match against Gambia (4 pts).

On the other side, the men of coach Didier Gomes, too predictable and sometimes too nervous, like their captain Aboubakar Kamara, never found the opening.

Their best chance in the first half?

A tense shot from Mouhamed Soueid (35th) just above the Tunisian cage.

The second period allowed the Eagles of Carthage to make things worse, in two minutes, thanks to the insatiable Khazri.

First after a nice one-two with Chaaleli, concluded by the double of the brilliant number 10 of the Greens (64th).

Then thanks to a perfect pass, in the axis, from the same Khazri for Seifeddine Jaziri (66th), player of Zamalek, like Mathlouthi.

Tunisian striker Seifedddine Jaziri shoots despite the return of Mauritanian midfielder Mohamed Yali Dellahi, during their group F match of the Africa Cup of Nations, on January 16, 2022 in Limbe (Cameroon) Issouf SANOGO AFP

For the record, Tunisian captain Youssef Msakni missed a penalty, pushed back by Diop's post, in the 90th minute.

But the Tunisians are relaunched in the race for the round of 16 and are once again among the big favorites of this CAN, after the failed prelude against Mali.