“We insist on resolving this situation”: Peskov spoke about the high tension on the border of Russia and Ukraine

Press Secretary of the President of Russia Dmitry Peskov called the tense situation on the Russian-Ukrainian border. He noted that the Russian side calls for a resolution of the current situation, since in the current state of affairs we are talking about a danger to the entire continent. As Peskov stressed, the path to detente can be found by submitting responses to proposals prepared by the Russian side on security guarantees. 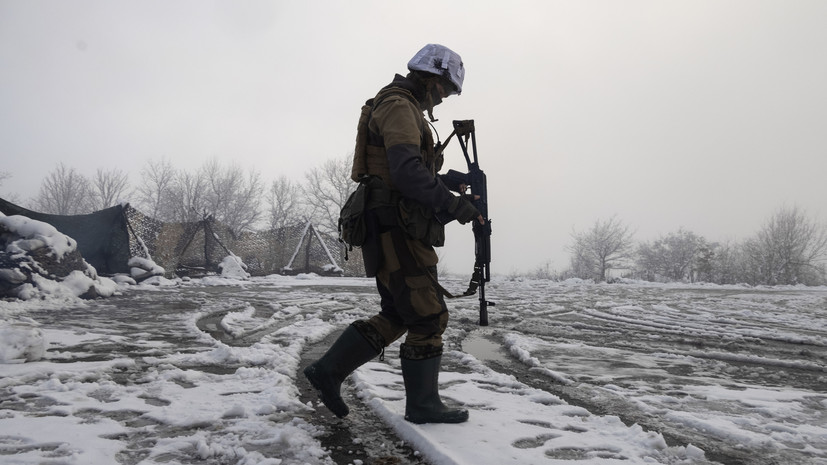 The situation on the Russian-Ukrainian border remains tense, Russian presidential spokesman Dmitry Peskov said in an interview with CNN.

During the conversation, Peskov was asked if it was a “coincidence” that there were reports that Moscow was allegedly preparing a military scenario against Kiev and a number of cyber attacks on Ukrainian government websites.

“You know, this is a very dangerous coincidence.

- Just because of the excessive tension on the border.

There is excessive tension in this part of Europe."

According to the presidential press secretary, this state of affairs “automatically leads to many other problems”, we are talking about an extreme danger to the continent.

In this regard, Peskov continued, the Russian side expects to receive a response to the proposals put forward earlier.

This is the only way to find a way to detente in the current situation,” Peskov said.

Recall that on December 15, Moscow sent Washington drafts of a treaty with the United States and an agreement with NATO on security.

Among other things, the document refers to Washington's obligations to stop the further expansion of NATO to the east, as well as the refusal to admit states that were previously part of the USSR into the alliance.

Commenting on the current relations between Russia and the United States with NATO allies, Peskov noted that the parties are on "completely different tracks", which provokes concern.

However, he noted that there was "some understanding" between them.

Western media and the situation on the Russian-Ukrainian border

It should be noted that throughout 2021, foreign media have repeatedly reported on the allegedly increased concentration of Russian troops on the border with Ukraine.

Later, as part of this rhetoric, Moscow's alleged plans to attack Ukraine began to be mentioned.

Against the backdrop of these statements, a number of representatives of Western states announced their intention to impose new sanctions against Russia in the event of "military aggression" against Ukraine.

Moscow has repeatedly denied the existence of such plans.

Also on russian.rt.com “They want to ignite the conflict between Moscow and Kiev”: Russia responded to new US statements about the “invasion” of Ukraine

In mid-January, negotiations took place on Russian proposals in the field of security guarantees, in which representatives of the United States, NATO and the OSCE took part.

After these talks, US national security adviser Jake Sullivan said that the threat of Russia's "invasion" of Ukraine remains high.

At the same time, as Deputy Foreign Minister of Russia Sergey Ryabkov stated earlier following the results of the talks in Geneva, there is no reason to fear any escalation scenario regarding Ukraine.

“We explained to our American colleagues that we have no plans, intentions to “attack” Ukraine and cannot have any, and all measures for combat training of forces are carried out within our national territory,” the Deputy Foreign Minister of the Russian Federation explained.

The Kremlin noted on January 11 that there was no “significant reason for optimism” in the discussion held in Geneva.

“Let's just say that we don't see a significant reason for optimism.

At the same time, Moscow has repeatedly spoken out about unacceptable steps by the West.

They were listed during a press conference on January 14 by Russian Foreign Minister Sergei Lavrov.

“We categorically do not accept the appearance of the North Atlantic Alliance right on our borders.

Especially considering the course pursued by the Ukrainian leadership (both former and current), unfortunately.

Moreover, this is a real red line, and they know it.

Even if Ukraine remains outside NATO, bilateral agreements are possible there with the Americans, the British, and other Western countries that are setting up military facilities there, bases on the Sea of ​​Azov – this is also unacceptable to us.

The deployment on the territory of our neighbors, in this case Ukraine, of strike weapons that will pose a threat to the Russian Federation is another red line,” the minister said.