"The policy of humiliation and discrimination": what awaits the Ukrainian media with the entry into force of the next article of the law on state language

In Ukraine, a provision of the law came into force, obliging print media to be published in the state language. The press can also be published in other languages, but on the condition that exactly the same circulation is published in Ukrainian. At the same time, the media printed in English, the official languages ​​of the EU and the languages ​​of the so-called indigenous peoples of Ukraine have been removed from the restriction. An RT source in the country's Ministry of Culture stated that the measure being introduced is necessary to "accustom the population to the Ukrainian language." Experts add that the new norms will only undermine media pluralism in the republic, especially against the backdrop of the closure of a number of opposition media by the authorities. 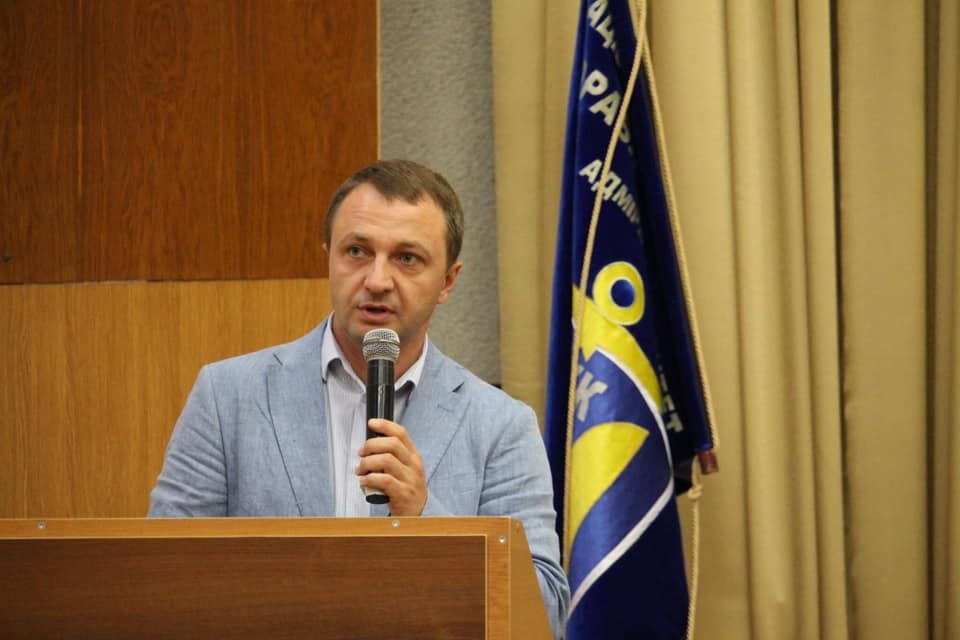 From January 16, national and regional print media in Ukraine are required to be published in the state language.

The corresponding requirement is enshrined in the 25th article of the law “On Ensuring the Functioning of the Ukrainian Language as the State Language” (the document was adopted back in April 2019, but its individual provisions are being implemented gradually).

Thus, according to the provision of Article 25 that was put into effect, Ukrainian printed publications will also be able to be published in other languages, but subject to certain conditions.

“All language versions must be published under the same name, correspond to each other in content, volume and method of printing, and their releases must have the same serial numbering and be published on the same day.”

At the same time, the press service of the State Committee for Television and Radio Broadcasting previously emphasized that a circulation in Ukrainian must be made even if not a single copy, except for the mandatory ones, can be distributed.

The department clarified that absolutely all information, including announcements and advertisements, should be presented in the state language.

Article 25 of the law also stipulates that in each place where print media is distributed, the share of publications in the state language should be at least 50%.

An exception was made in the document for the use of English and the official languages ​​of the European Union by the print media, as well as for the languages ​​of the so-called indigenous peoples of Ukraine (Crimean Tatars, Karaites and Krymchaks).

In these languages, print media can be published without the obligatory parallel circulation in Ukrainian.

However, this exception does not apply to Russian-language media, since, according to the Ukrainian authorities, Russian does not belong to the language of the indigenous peoples of Ukraine.

So far, only national and regional media must comply with the new requirements, but already in July 2024, print media of local distribution will also have to comply with them.

According to Taras Kremin, Commissioner for the Protection of the State Language in Ukraine, the print media “had plenty of time” to prepare for the new realities.

On January 13, on the air of Ukrainian Radio, he said that the measure being introduced is “an important informational, political, constitutional step to establish the Ukrainian language as the state language.”

From July 16, 2022, punitive measures will begin to apply to violators of the new provision of the law.

There are fines of up to 8.5 thousand hryvnia (23 thousand rubles).

An RT source in the Ministry of Culture of Ukraine called the introduced measure necessary for "accustoming the population to the Ukrainian language."

“If we want to separate from Russia in every possible way, we must start with the language,” he said.

At the same time, the official admitted that not all media will be able to continue to exist, since not all of them have the opportunity to print in two languages ​​at once.

The innovation will hit primarily the Russian-speaking population, and will also reduce the variety of printed periodicals, according to the Batkivshchyna party.

“The majority of the population that speaks Russian will simply not be able to read the press issued in accordance with the new standards.

It would be better if the authorities took care of the well-being of citizens and were engaged in the fight against corruption.

Because if prices have risen, and there is nothing to pay for heating, then the voter will make claims to the president and the prime minister.

Even if in Ukrainian, ”said an RT interlocutor in the party.

The press service of the party recalled that Volodymyr Zelensky and his “Servant of the People” went to the polls, promising to stop the policy of discrimination against Russian and Russian-speaking citizens of Ukraine, begun under Petro Poroshenko, but in the end they continued this path.

“Completely forgetting why people supported it, the new government is passing laws that restrict the rights of Russian-speaking children to receive education in their native language.

Russians are deleted from the list of indigenous peoples.

The language ombudsman openly threatens those who do not like the dictatorial language policy of the authorities with “sending to other lands”... Ensuring human and civil rights, equality and dialogue of languages ​​and cultures is the only way to restore peace and guarantee the development of Ukraine.

The policy of humiliation and discrimination must be stopped,” the OPPL stressed.

In turn, an RT source in the office of the President of Ukraine said that Zelensky continues to pursue such a tough policy towards the media, as he is dissatisfied with their criticism of him.

“Journalists do not miss a single occasion for criticism, and this is reflected in the fall in the president's rating.

But the most dangerous thing is that the rating of pro-Russian forces began to grow.

Therefore, everyone turns a blind eye to the closure of the media and the tightening of requirements for them, ”explained the interlocutor of RT.

According to experts, the Ukrainian authorities in their decisions ignore the concerns of the international community about this.

Thus, in May 2021, a report was published by the Office of the UN High Commissioner for Human Rights, which openly stated that the decision to close a number of Ukrainian TV channels “contradicts international human rights standards.”

In September, French senators came up with an initiative to set up a special international commission at the PACE and OSCE levels, which would investigate the circumstances of the government's closure of the media.

In October, the European Economic and Social Committee (EESC) noted that the authorities must respect the principles of freedom of the media, and the committee will continue to monitor this.

However, the reaction from Europe did not stop the Ukrainian administration from continuing the policy of restrictions against objectionable media.

At the end of December 2021, Zelensky signed a decree approving the country's information security strategy and approved the sanctions proposed by the National Security and Defense Council against three media companies that included opposition TV channels.

Experts interviewed by RT agree that after the entry into force of the next provision of the language law, the Ukrainian media community will suffer the most.

As Vladimir Shapovalov, deputy director of the Institute of History and Politics of Moscow State Pedagogical University, noted, a whole segment of Russian-language newspapers and magazines may simply cease to exist.

“They will not be able to financially pull the publication of two editions at once, given that one of them is unlikely to be in demand.

And this, in turn, will hit ordinary citizens of Ukraine, who will be deprived of the right to freedom to receive and disseminate information.

The new norm clearly discriminates against the part of the population that writes and speaks Russian,” the analyst explained.

In addition, according to Shapovalov, the new demand has a clear political connotation, which is directed against the opposition media.

“Over the past time, Zelensky has been methodically destroying the political opposition and depriving opposition politicians of the opportunity to communicate with voters.

After that, the president took prompt measures, starting the persecution of the Russian-language media, ”Shapovalov said.

In turn, Boris Mezhuev, an associate professor at Moscow State University, expressed the opinion that Zelensky had relied on the “Ukrainian project” and was trying to artificially unify the country along ethnic lines.

“However, the authorities who say that “this is our civilizational choice” deprive the rights and freedoms of people who do not fit into this choice, and, as it were, make it clear that these people simply do not exist for the Ukrainian authorities,” the expert said.

In addition, according to the analyst, the European community does not go beyond verbal condemnation of Zelensky's actions, as in fact it supports his efforts to weaken Russian influence in Ukraine.

“Both Europe and the EU now need an integrated Ukraine, which, in which case, will not split on the issue of civilizational affiliation.

Therefore, they calmly look at what is happening there,” Mezhuev said.

The same point of view is shared by Vladimir Shapovalov, who recalled that even in the EU itself, the principle of freedom of speech is not always respected.

“Here the word is at odds with the deed of the collective West, which postulates human rights and freedom as the highest value.

In practice, the Western community is quite far from this.

And, of course, no one will protect either the rights or freedoms of Ukrainian citizens, especially since the media in the languages ​​of the EU countries in Ukraine will continue to exist without any restrictions,” the expert concluded.