European Rugby Cup: Racing wins against the Ospreys and slips into eighth

Racing went to win a laborious and worn-out victory against the Welsh Ospreys (25-10) on Saturday, during the third day of the European Rugby Cup, securing a place today… 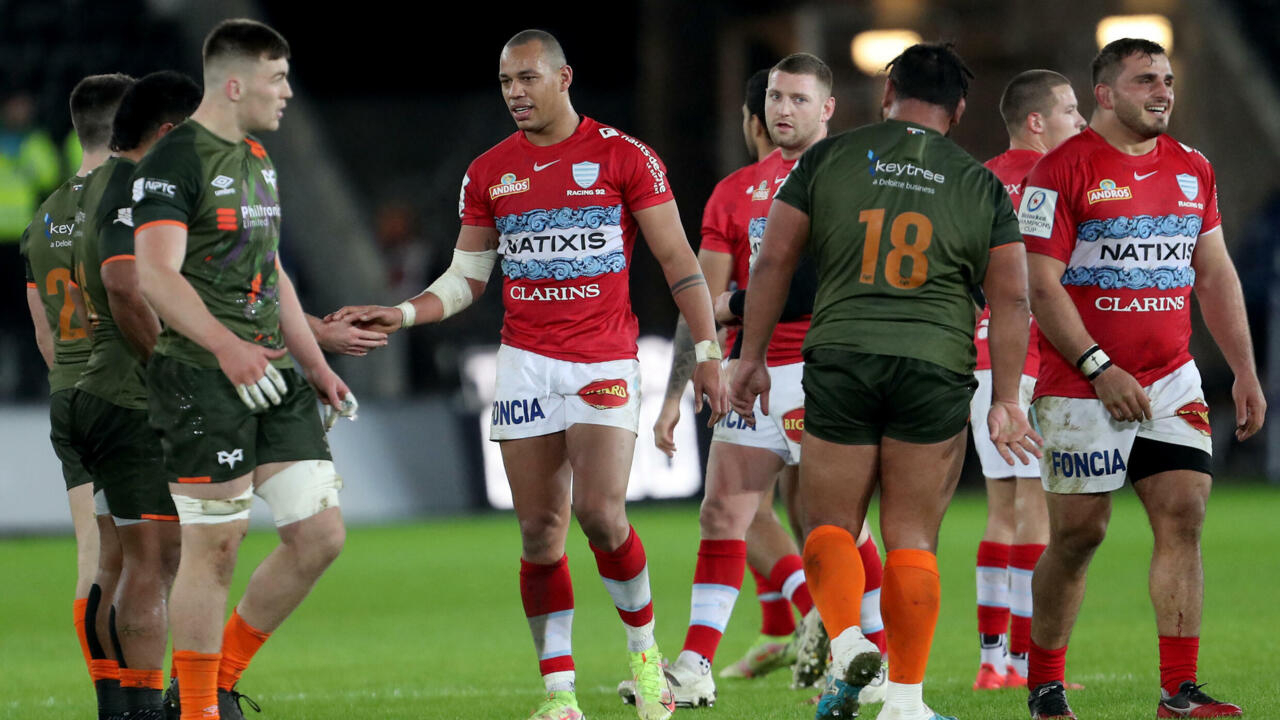 With three successes in three days and 14 points gleaned, Racing is first in Pool A ahead of Ulster, who have 9 units and one game less, while the Ospreys bring up the rear with a scoreboard still blank.

The first period, however, did not materialize this gap in the standings, despite the good impression made at the start by the Parisians.

In superiority from the 7th minute, after a yellow card for Alex Cuthbert, and a successful penalty by Maxime Machenaud (3-0), they did not know how to drive the point home by refusing to take points at the foot to seek the hard blow .

But by dint of letting the balls slip away in a good position, it was even the Swansea club which took the lead.

Stimulated by the return of Cuthbert, they launched a fine offensive where playing times were dynamically linked until the strong try of Keiran Williams (7-3, 21st), before Gareth Anscombe added 3 points (10-3, 31st).

Stung, the Racingmen reduced the gap in stride, Juan Imhoff being sent behind the line by Teddy Thomas to reach the break with a two-point deficit (10-8).

It finally took a second yellow card against the Welsh and Will Griffiths (50th) for the score to switch in favor of Racing with a try from Vrimi Vakatawa, after a missed touch from the locals and a good action from Gaël Fickou (15-10 , 59th).

The joy of Racing92 center Virimi Vakatawa after scoring a try against Ospreys on Matchday 3 of the European Cup on January 15, 2022 in Swansea Geoff Caddick AFP

The end of the match was a little better controlled, Finn Russell putting the Ospreys out of reach (18-10, 66th), before, 5 minutes later, Thomas delivered the coup de grace (25-10, 71st) in this long victory to take shape.