China: the popularity of board sports on the eve of the Winter Olympics

More than 346 million Chinese have participated in winter sports activities since Beijing won the Olympics for the second time. Anyway, that's what they say... 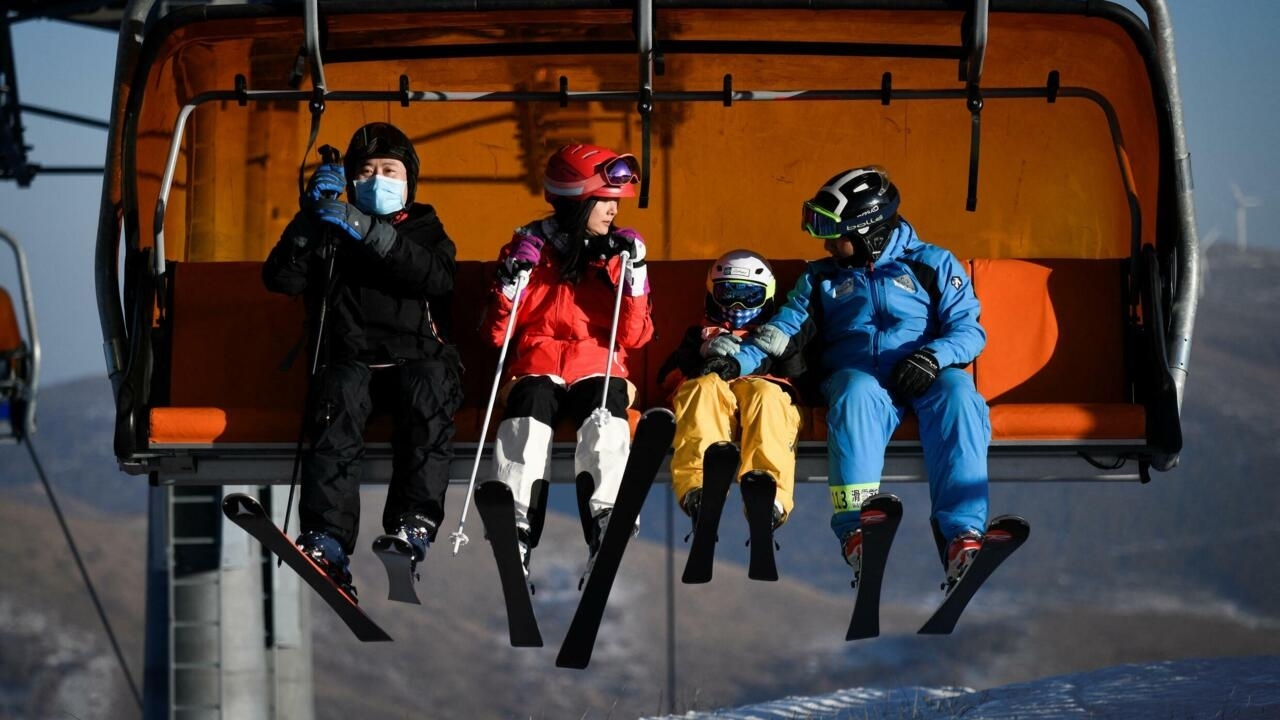 China: the popularity of board sports on the eve of the Winter Olympics

More than 346 million Chinese have participated in winter sports activities since Beijing won the Olympics for the second time.

In any case, this is what the official statistics confirm, showing a real enthusiasm for sliding sports on the eve of the start of the Winter Games.

Snow and ice are all the rage in Beijing and this results in traffic jams on the way back from the mountains on Sunday evening around the Chinese capital, in long queues also at the chairlift, with strange cushions on the buttocks of surfers .

These cushions that we hang on behind and on our knees are to protect us,

explains Wenting, who is a graphic designer

There is a turtle here, over there this surfer is carrying a panda, we also see bananas and a whole bunch of cute cushions like that on the slopes.

It is convenient for beginners.

Turtles, bananas, pandas, these animal pads and knee pads betray the presence of many beginners in the stations who fall and start again.

This is the effect of the Olympic Games, says Wenting: “

This is particularly true in the North as in Beijing, but for some time the craze has been falling and there are enthusiasts even in the south of China.

The excitement around competitions

Skiing and surfing are all the rage at all latitudes, with artificial snow and those big indoor slopes in huge refrigerated buildings like in the tropical province of Guangdong.

There is also a craze for ice cream.

I would like to see the downhill skiing events,

confides this mother who came to accompany her daughter in one of the temporary ice rinks that have appeared in recent days in Beijing.

I saw competitions on television, it's very exciting, but I don't know if we will be able to attend them.

A craze still limited by

If nearly 350 million Chinese practice snow or ice sports according to figures from the national statistics office published on Wednesday January 12, the number of skiers fell from more than 20 million in 2019 to just under 13 million in 2020 at the start of the pandemic.

Today, fans are returning to the slopes, but for the moment the organizers have still not opened the ticket office for

or specified what the procedure would be for being able to follow the competitions.

To read: China and Qatar, at the center of the sports world in 2022