US sanctions .. Do they push for a return to the nuclear agreement, or are they the reason for the collapse of the negotiations?

At a time when negotiations on the Iranian nuclear file are continuing in the Austrian capital Vienna, the disclosure of the possibility of Washington imposing new sanctions on Tehran has raised questions about the effects of those sanctions on the future and course of negotiations. 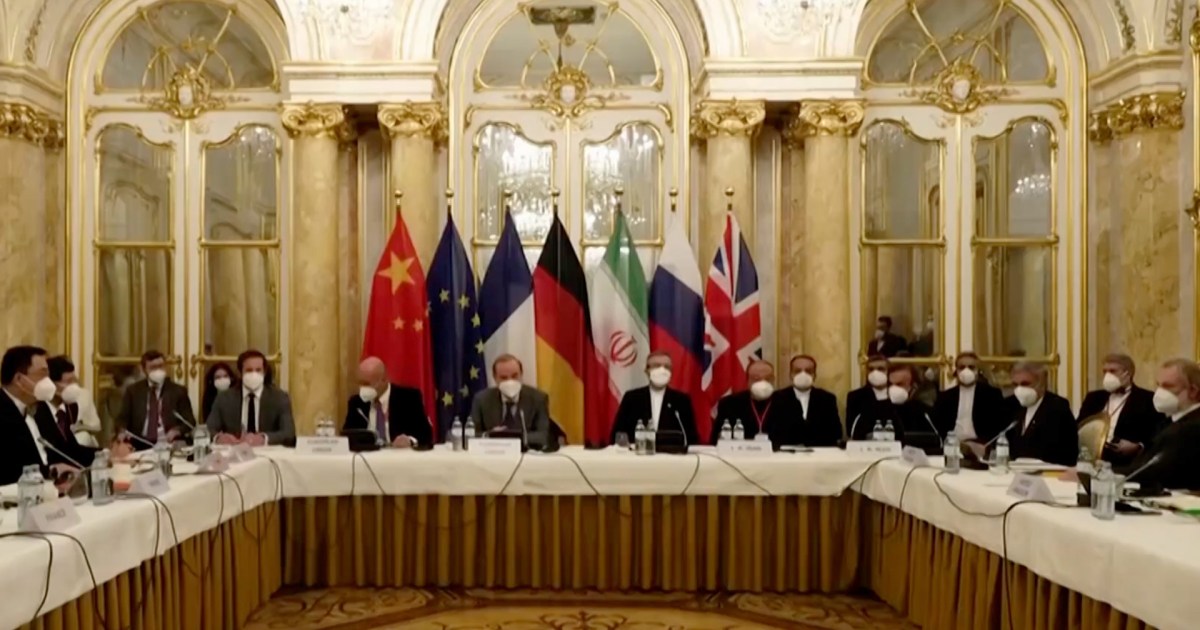 - At a time when negotiations on the Iranian nuclear file are continuing in the Austrian capital, Vienna, the disclosure of the possibility of Washington imposing new sanctions on Tehran raised questions about the effects of those sanctions on the future and course of negotiations.

Axios revealed that US National Security Adviser Jake Sullivan told Israeli officials - during his recent visit to Israel - that the threat to impose "snapback" sanctions issued by the Security Council should be used as a means to deter Iran from enriching uranium. Used to make weapons.

After that, Iranian Foreign Ministry spokesman Saeed Khatibzadeh confirmed - on Monday - that "there are obstacles and objective challenges to the Vienna negotiations," noting that "the most important challenge is the US unilateral approach on the issue of lifting sanctions."

The "snapback" sanctions mechanism allows the re-application of the sanctions imposed by the Security Council on Iran between 2006 and 2015, in the event of a "significant failure" to respect its obligations under it.

During the summer of 2020, during the rule of US President Donald Trump, Washington tried to activate the “snapback” sanctions mechanism, but it failed to pass a draft resolution on extending the arms embargo on Iran with an unprecedented failure, as only two countries voted in favor of the draft resolution, namely the United States and the Republic of The Dominican Republic, Russia and China opposed it, while 11 countries abstained, including some Washington allies such as Britain and France.

According to Security Council Resolution 2231, any country participating in the 2015 nuclear agreement with Iran can resort to the “snapback” mechanism to re-impose sanctions on Iran, but the possibility of the United States activating this mechanism raises controversy, because Washington withdrew from the agreement by a decision of Trump himself.

Among the sanctions and restrictions that could be re-imposed on Iran are:

Security Council Resolution 2231 ended the impact of previous resolutions on Iran, and included significant changes to sanctions and restrictions imposed on it.

The resolution also canceled the demand that Iran stop all enrichment-related activities, and instead of preventing Tehran from conducting missile tests, Security Council Resolution 2231 only appealed to Iran not to carry out such activities.

Iran is already the country most subject to sanctions in the world, and the administration of former President Donald Trump did not leave any sanctions that could be imposed on Iran except and imposed them.

Hence, Professor Jawdat Bahgat - from the Center for Near East and South Asia at the US National Defense University - questioned the impact of any future sanctions, and "Washington is likely to reinforce and implement existing sanctions, rather than imposing more sanctions."

For its part, Iran has - during the past few years - built and strengthened close economic and strategic relations with its neighbors, including the Gulf Cooperation Council countries, Iraq and Central Asian countries.

Jawdat indicated that it is not likely that all members of the United Nations will support any step towards imposing additional sanctions, especially with Tehran activating its diplomatic tools, "The Iranian Foreign Minister will visit Beijing next Friday and the Iranian President will visit Moscow this January. The global energy market is making it difficult to prevent Iran from selling oil. We are in the middle of a cold winter, and there is a global shortage of oil and gas supplies, which is why prices are soaring."

He said that Iran has other options if more sanctions are imposed or strengthened, most notably that Iran may withdraw from the Nuclear Non-Proliferation Treaty, considering that all of the above "lead to the belief that the only way to move forward is for negotiations to succeed. Both sides must provide Painful concessions. Diplomacy is the only way forward."

The future of sanctions

Asal Rad, a researcher at the National Iranian American Council, believes that the future of sanctions depends on whether the Iran nuclear deal can be restored.

Officials in the administration of US President Joe Biden have stated that Washington is ready to lift sanctions that are inconsistent with the Joint Comprehensive Plan of Action (the nuclear deal), however, one of the issues from the Iranian side is the issue of verifying sanctions relief.

In an interview with Al Jazeera Net, Asal Rad indicated that "it is likely that the Biden administration will consider imposing this mechanism as a means to increase pressure on Iran. It seems that their logic is to deter Iran from expanding its nuclear program to include enrichment at the level of military manufacturing."

It is important to note that the head of the Atomic Energy Organization of Iran stated in late December that Iran would not raise the enrichment rate above 60%, i.e. less than the 90% enrichment level required to produce nuclear weapons, if the agreement was not restored.

And Asal Rad considered that Iran “has already endured years of devastating sanctions, and what we have seen is that the pressure-only approach has failed to achieve any American policy goals.

The same spokeswoman imagines that the new administration of Iranian President Ebrahim Raisi in Tehran is more conservative and hard-line.

So it is unlikely that you will concede under duress.

She adds that if the Biden administration really wants to restore the agreement, a diplomatic approach that uses positive steps and addresses Iran's concerns about a real lifting and easing of sanctions is the course to follow, especially in light of the actions taken during the Trump administration.

In an interview with Al Jazeera Net, Barbara Slavin - an expert on Iranian affairs and director of the Iran Future Initiative at the Atlantic Council - was confident that the American message would reach Iran, after which Tehran did not exceed 60% enrichment rates.

"If Iran goes to enrichment rates that are used for military manufacturing, it will be such a flagrant violation of the JCPOA that it will be difficult to say it is worth reviving the agreement. In this case, European countries will support the Snapback sanctions mechanism," Slavin noted.

Slavin left some optimism, as she considered that "the Iranian behavior reflects a more serious participation in the Vienna talks, in addition to the comments from the Supreme Leader and the Foreign Minister, which seem to lay the groundwork and pave the way for an Iranian retreat from its nuclear program and a return to compliance with the agreement signed in 2015".

While Professor Jawdat considered that both the United States and Iran will try to use any means they have to increase pressure on the other side and obtain more concessions.

In this context, one can understand the threat of imposing this mechanism.

Professor Jawdat stated - in an interview with Al Jazeera Net - that the military option would be a disaster for all parties, and added, "The Biden administration has a better chance of using the Snapback Sanctions mechanism, because President Biden - unlike the Trump administration - works closely with European allies."