The trial against the Swedish IS woman who is accused of having used her son as a child soldier in war-torn Syria begins. It was in February last year that SVT was the first to tell about the family's life in Syria, where two of her children died. - We can show that one of the boys was used as a child soldier, prosecutor Reena Devgun says. 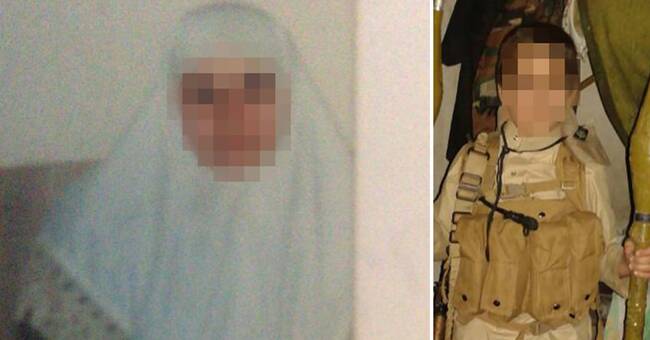 The trial against the 49-year-old IS woman from western Sweden, who is the first Swedish citizen to be prosecuted for the crime of war crime through the use of a child soldier, begins today.

The indictment was filed last week.

SVT Nyheter was the first to tell about pictures from the family's life in war-torn Syria, pictures that show, among other things, how some of the children pose with weapons and with mutilated bodies.

In 2013, the woman traveled to the country to join the Islamic State.

When she returned to Sweden seven years later, several of her children had died, including two sons who had fought for the terrorist sect.

The indictment concerns one of these sons.

- We have obtained more information.

Communication, among other things, between relatives who touch this boy, which means that we believe that we can show that he is a child soldier and is used as a child soldier, says prosecutor Reeva Devgun.

Has blamed his dead sons

The woman denies the crime.

In interrogation, she has previously tried to put the blame on one of her dead sons, who she claims became the head of the family in connection with her father's death, and that it was the then 14-year-old boy who did not want the family to leave Syria.

- There is an absolute ban on using children under the age of 15 for direct participation in hostilities during an armed conflict.

The criminal area does not only include using children in battle but can involve a number of different procedures linked to warfare, such as keeping an eye on, spying on or using children as bait, couriers or guards, says chamber prosecutor Karolina Wieslander.

The trial in Stockholm District Court is expected to last for five days.