The Bogdanoff twins and their incredible family: the black tenor, his aristocratic lover and the King's cousin 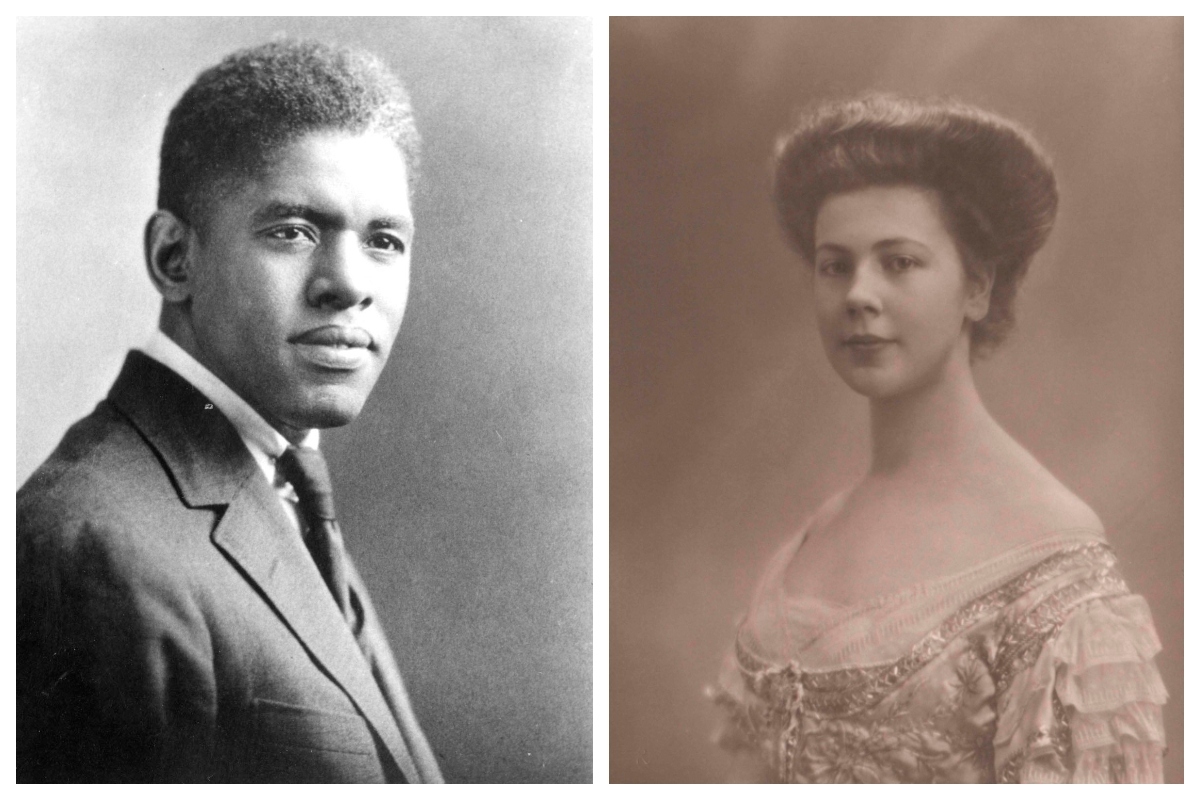 "Bring me a queen," Fannie would say to her son Roland

, if not, find one of your race," the matriarch repeated to her seven children. Roland was the hope of the family.

His voice and his talent for music

were the key that could get them out of the misery in which blacks lived in the southern United States and he did.

managed to break down barriers and

successful tenor and composer despite being black.

His biography, worthy of a docuseries, has been dusted in the wake of the deaths of Igor and Grichka Bogdanoff, the flamboyant French anti-vaccine scientists who died last week from COVID. Hayes was his grandfather. Countess

, her grandmother. She was not a queen, but she was a European aristocrat. Roland had a daughter with the countess, although they did not marry because she was already betrothed, much to Fannie's chagrin.

The Bogdanoffs' great-great-grandparents were slaves

. His grandparents were born on a Georgia cotton farm and raised their offspring on land that the boss leased to them. The kids barely received elementary studies, but little Roland was very alert and his father, William, detected that he had a privileged ear. The boy, who sang in church, listened to a recording by

Donizetti and Verdi, and decided that he wanted to be a tenor, like the Italian.

At the time, it was not easy for him, but at the age of 18 he managed to access music studies at Fisk University in Nashville despite the opposition of his mother, who believed that he was wasting his money because she thought that

blacks could not earn money.

Roland did it in French, Italian, German and Russian

and ended up conquering the European stages, where he came to perform before King George V and Queen Mary of England.

, a young aristocrat who was married to

, a German nobleman who was 20 years older and with whom he had had four children.

Bertha wanted to meet the famous African-American tenor and

sneaked into the hotel room in Prague where she was staying.

He was coming out of the bathroom when

he met the beautiful and majestic countess in the middle of the room.

"Oh, sorry, I was just getting dressed," he managed to say.

The encounter is collected by Christopher A. Brooks in

Roland Hayes, the Legacy of an American Tenor

[aristocrat of Spanish origin] has been kind enough to make this meeting possible. My friends and I love to meet the artists who visit us, it helps us to delve into their art", answered Bertha before the perplexed Hayes .

After this meeting, the countess and the tenor began an

Hayes wrote passionate love letters to her and made Bertha his muse and inspiration.

Months after meeting in Prague the tenor and the countess met again.

They did it in Spain, where they consummated their relationship and she became pregnant.

The scandal was going to be monumental.

It was unacceptable that a European aristocrat, married and mother, was going to have a child with her lover, who was also black.

The career of Hayes, who was already a famous tenor, would also be ruined if the relationship came to light, with what it had cost him to be recognized in the world of lyric.

informed her husband that she was pregnant by his lover.

To avoid scandal, the count built him a

in the south of France, far away, in a town near the Pyrenees.

and continued to appear together from time to time, but Bertha had to give up her four oldest children and access to their palatial residences in Berlin and Prague.

It also lost its reputation in European high society

The countess gave birth to a girl, whom she named María Dolores,

a Spanish name chosen perhaps in honor of the country where she was conceived.

Maya, as everyone called her, came into the world on February 12, 1926 in a private clinic in Basel, Switzerland.

She bore her maternal surnames,

Kolowrat-Krakowsky, although her father wanted to adopt her and take her to the United States, but the countess refused.

Bertha raised Maya in her castle in the south of France

He tried to maintain the relationship with Hayes and took the girl to his father's concerts when he performed in Paris, but

the tenor ended up marrying his cousin Alzada,

a girl of his race, as advised by his mother.

With her he had another daughter whom he named

, who followed in his footsteps in the world of music.

Meanwhile, Maya grew up with her mother, apart from her four older brothers, and ended up marrying Yuri Mikhailovich Ostasenko-Bogdanoff, a Russian painter of noble origin.

They had six children, including the famous twins Igor and Grichka

, born in 1949. The children got to know their grandfather, met him once, when they were 5 years old, but never saw him again.

Instead they had a

close relationship with their grandmother Bertha

, who raised them and aroused their intellectual curiosity.

Their library was the twins' favorite place

in France thanks to television and their aesthetic operations, which they always denied having done, the Bodganoff brothers had important careers.

the University of Burgundy.

His theses and publications, however, have been rejected and contested by the vast majority of the scientific community.

Their popularity soared in the 1980s with the show

, where, dressed in astronaut suits, they talked about science and science fiction, topics that later led to controversial

Grishka did not marry or have children, but his inseparable brother did so three times and had six children. With the first, the actress

, he had a son, Dimitri. With the second, the Countess

, had three other children: Sacha, Anna-Claria and Wenceslas.

His last wife was

(44), daughter of Miguel de Borbón-Parma and

They were married in 2009 in a fabulous ceremony at the Château de Chambord, on the Loire, after

ten years of relationship and two children together, Alexander and Constantine.

They separated in 2016 although they continued to maintain a good relationship.

Amelia, almost 20 years younger than Igor, was always fascinated by the

that surrounded her husband and brother-in-law, even though they ended up looking like the science fiction characters they loved so much.

"They were unique and timeless beings,"

he declared these days, after the death of both, at the age of 72.

FuneralManolo Santana: trouble, tension and pasta between the exes, the widow and the children

TvMasterChef Celebrity: stars and 'starlets' of the reality show that they call talent