Hashimoto's thyroid disease .. How does it happen?

Hashimoto's thyroiditis, a name that hides one of the world's most common autoimmune diseases, in which the immune system attacks itself. What is this disease? What are the causes and symptoms of inactivity in the thyroid gland? 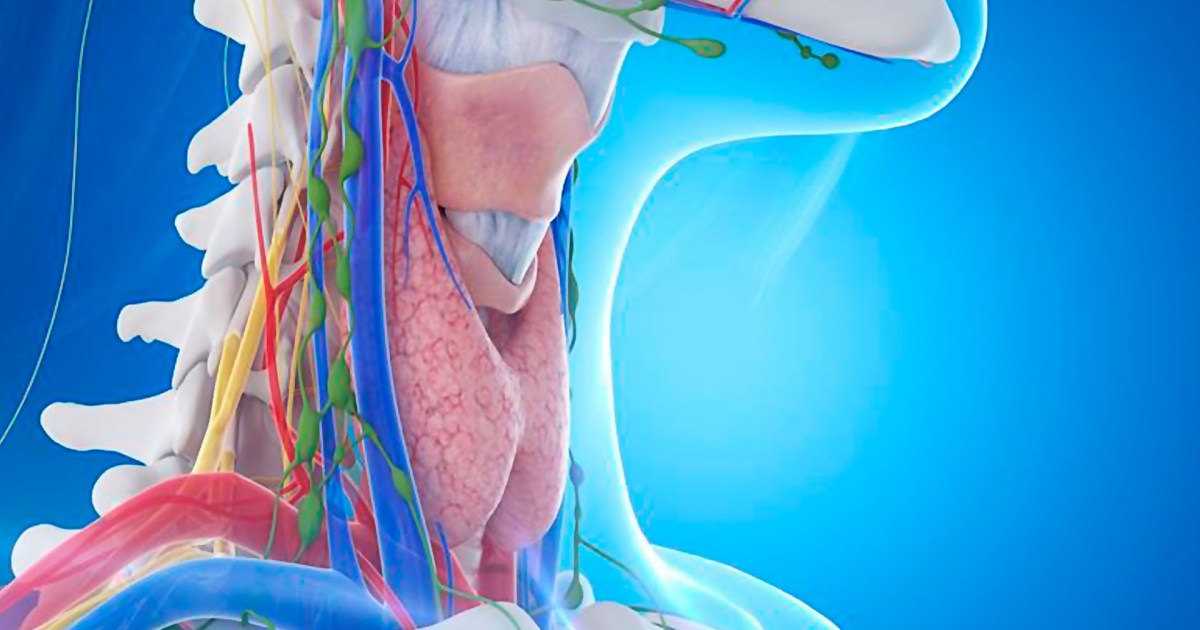 Hashimoto's disease, a name that hides one of the world's most common autoimmune diseases, in which the immune system attacks itself.

What is this disease?

What are the causes and symptoms of inactivity in the thyroid gland, which causes various health problems?

The thyroid gland is a vital organ whose hormones control many processes in the human body.

It is estimated that one in 10 people in Germany suffers from chronic inflammation of the thyroid gland, as the immune system attacks his body.

For patients, the diagnosis is lifelong, because the disease cannot be cured, according to a report in Deutsche Welle.

Danny Willender, an endocrinologist in Leipzig, told the German MDR channel that the causes of the disease are several, including hormonal changes, for example during pregnancy or obvious stress.

Viral infections can also cause the disease to appear or progress in stages.

And he indicated that in Hashimoto's patients, the increase in iodine can also have a negative effect on immunity, but pointed out that the amount of iodine in the daily food is harmless.

The doctor added that the reasons for the transformation of the immune system and its destruction in this way are not yet known, and it is believed that there are genetic factors, and environmental factors are also being discussed.

Unfortunately, the disease cannot be prevented.

Reducing stress and at least a healthy lifestyle can help positively influence the course of the disease, says the doctor.

Endocrinologist Felender added that since the disease often leads to hypothyroidism, this is treated by giving thyroid hormones in the form of tablets.

"We are dealing with autoimmune outcomes, so unfortunately there is no cure," he adds.

We now turn to talk about hypothyroidism in general.

In general, if the thyroid gland is underactive, which is called "hypothyroidism", it produces too few hormones.

The thyroid gland is a vital organ, and its hormones control many processes in the human body.

When these hormones are missing, various diseases can appear, as the German health website "Heal Praxis" mentioned.

Possible symptoms of an underactive thyroid

According to the reports of the German Society of Endocrinology, the physical signs of hypothyroidism are:

While the German Institute for Quality and Efficiency in Health Care revealed other possible symptoms of hypothyroidism, which are:

Causes of an underactive thyroid

Furthermore, an apparent iodine deficiency or certain medications such as antidepressants can lead to an underactive thyroid.

If dysfunction is not treated, a variety of, sometimes serious, problems can develop.

But sometimes the thyroid gland recovers on its own, for example when the inflammation subsides.

To make a diagnosis, the doctor will first ask about your symptoms and will touch your thyroid gland.

Since many of the symptoms of hypothyroidism can have other causes, blood tests are done to reach a clear diagnosis, as quoted by the German "Heal Praxis" website.

In order to be able to recognize and treat congenital hypothyroidism early, the value of TSH is routinely determined in all newborns.

If the result is abnormal, thyroid hormone levels are also measured.

The examination is not recommended for adults.

In the treatment of hypofunction, the missing thyroid hormone is replaced with a drug that matches the body's own hormone.

The active ingredient brings hormone levels back to the normal range.

The treatment takes about 2 to 3 months.

Depending on the cause of hypothyroidism, treatment may be temporary or lifelong.

In the case of decreased latent function, only the TSH value is increased.

The German Institute for Quality and Efficiency in Healthcare has stated that hypothyroidism due to iodine deficiency can be prevented by providing an adequate amount of iodine.

However, in Germany, for example, iodine deficiency is rarely the cause, due to its sufficient availability in table salt and other foodstuffs.

Experts advise ensuring adequate iodine intake in the diet, such as in milk or dairy products and in sea fish.

It is also recommended to use iodized table salt.

However, the daily total iodine will be problematic for the body if it exceeds more than 100 micrograms of iodine, as anyone who consumes too much iodine in the long term increases their risk of developing hyperthyroidism.

However, excessive doses of iodine-containing food are rare, except for eating dried algae, especially seaweed, which contains very large amounts of iodine.