"Positive outlook": will gas deliveries via Nord Stream 2 begin in 2022?

The Nord Stream 2 gas pipeline is fully ready for commissioning, the start of deliveries has been postponed only for bureaucratic reasons, analysts say. Earlier, the German regulator suspended the pipeline certification procedure until the pipeline operator registers itself in Germany. According to experts, European consumers are primarily interested in the start of supplies, although the new German government is criticizing the project. At the same time, the United States adjusted its approach: the State Department reported that the White House does not support the bill on new sanctions against Nord Stream 2. What awaits the Russian-European energy project in 2022 - in the RT material. 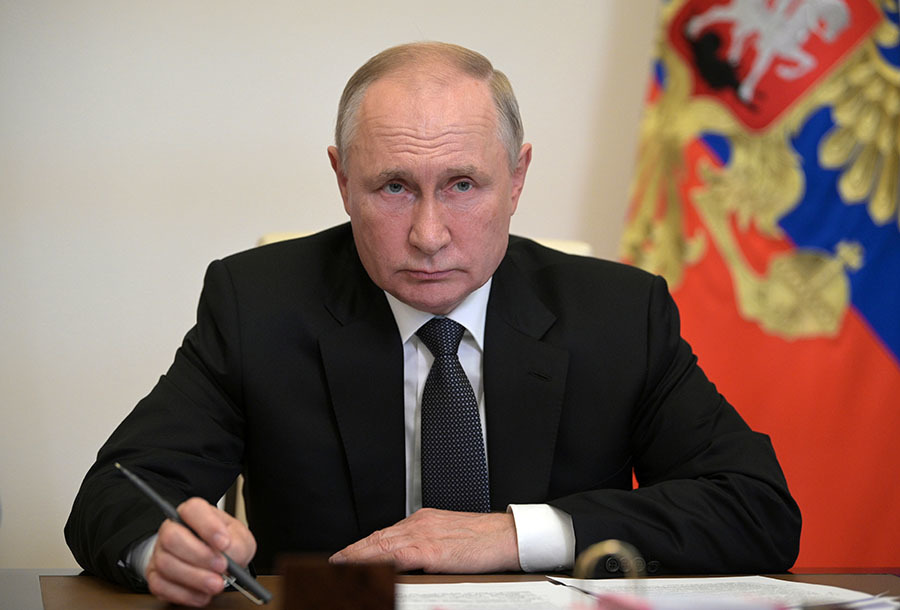 The Russian-European Nord Stream 2 gas pipeline will start operating in 2022, although the timeline for putting the pipeline into operation has shifted due to numerous delays.

The supply of blue fuel via the new route will help stabilize the European gas market, and the activation of opponents of the project in the EU political arena will hardly be able to disrupt its launch, experts say.

At the same time, according to a survey by the Infratest Dimap Institute commissioned by the ARD TV channel, in Germany 60% of citizens support the construction of the Nord Stream 2 gas pipeline.

“I would like to congratulate Gazprom and your partners in Nord Stream 2 on the completion of work on the creation of this large additional pipeline and on the fact that it is ready for operation.

Now, of course, everything depends on our partners, consumers in Europe, ”said the Russian leader.

Earlier, on December 29, the project operator, Nord Stream 2 AG, announced that it had filled the Nord Stream 2 pipeline with natural gas.

“In accordance with the plan and design requirements, the line is filled with so-called technical gas in the volume of approximately 177 million cubic meters, which provides a pressure level of 103 bar in the pipeline.

This pressure is enough to start transporting gas in the future, ”the company's website says.

Despite the complete readiness of the new pipeline for launch, the start of fuel supplies through it had to be postponed for a number of reasons.

So, in mid-December, President of the German Federal Network Agency (BNA) Jochen Hohmann said that the regulator does not expect to make a decision on certification of Nord Stream 2 in the near future.

Earlier, BNA announced the suspension of the mandatory certification of the gas pipeline.

To resume it, it is necessary that the documentation of the Nord Stream 2 operator, Nord Stream 2 AG, be brought in line with German laws, as well as EU gas directives.

For example, according to EU requirements, it is necessary that the pipeline operator and the fuel supplier are represented by different legal entities.

To fulfill this condition, Nord Stream 2 AG decided to create a subsidiary in the German jurisdiction.

After that, the German regulator will resume the certification procedure for the gas pipeline.

After the BNA makes its decision, it will be sent for verification to the European Commission.

Consideration in this instance can take up to four months, after which the German regulator will have another two months for final certification.

At the same time, as analysts note, only bureaucratic formalities hinder the full commissioning of the gas pipeline.

“Initially, Nord Stream 2 was not subject to antimonopoly regulation at all; EU laws changed already during its construction.

Now the European Union applies to the pipeline the rule according to which the operating company must be separated from the supplier.

That is why there was a need for certification, "Igor Yushkov, an expert at the Financial University under the Russian government and a leading analyst at the National Energy Security Fund, explained in an interview with RT.

Experts emphasize that European consumers are interested in the early launch of the new gas pipeline - this will help normalize the situation in the regional gas market.

As Alexander Kamkin, a leading researcher at the Center for German Studies at the Institute of Europe of the Russian Academy of Sciences, explained in an interview with RT, fuel prices may decrease after the start of supplies via Nord Stream 2.

“The current excitement on the stock exchange is largely due to insufficient volumes of gas on the market.

The exchange is sensitive to such factors as the opening of a new supply channel: in this case, prices will go down, ”Kamkin is sure.

As a reminder, the construction of the Nord Stream 2 gas pipeline in the Baltic Sea began in 2018, the length of the pipeline is more than 1.2 thousand km.

The capacity of both strings of the new gas pipeline is 55 billion cubic meters of gas per year.

Together with the previously launched Nord Stream gas pipeline, the annual volume of supplies along this route may reach 110 billion cubic meters of gas.

However, Nord Stream 2 faced serious opposition from the outset.

Washington opposed the construction of the pipeline, initiating a whole series of sanctions.

For example, restrictive measures against the Russian-European project were contained in the US defense budget, adopted in December 2019.

The sanctions forced the Swiss pipe-laying company Allseas to leave the project, leading to the suspension of work.

In the fall of 2020, the State Department expanded the interpretation of the sanctions already in force at that time under the US Protecting Europe's Energy Security Act (PEESA).

The result was the exit from the project of the Norwegian company Det Norske Veritas - Germanischer Lloyd (DNV GL), which was engaged in standardization.

In 2021, the project faced new obstacles - this time the delays were caused by some environmental organizations operating in Germany.

In May, work on laying the pipeline was suspended due to a lawsuit filed by the environmental organization NABU.

Objections to the launch of Nord Stream 2 began to sound in the German government as well.

As a result of the elections held in the fall, the ruling coalition included the SPD, the Free Democrats of Germany and the Union 90 / Greens, which are most actively opposed to the new gas pipeline.

In December 2021, the leader of the Greens, who holds the posts of Vice-Chancellor and Minister of Economy of the Federal Republic of Germany, Robert Habek, called Nord Stream 2 a "geopolitical mistake."

“All European countries, except Germany and Austria, have always been against it.

The pipeline has now been completed.

The question of whether he will be able to get started remains open.

This issue should be resolved in accordance with European and national legislation, ”he said in an interview with the Frankfurter Allgemeine Zeitung.

However, experts doubt that the dissatisfaction of the Green Party, whose activists got a number of posts in the new Cabinet, will lead to the curtailment of the project, although it may play a negative role.

“Chancellor Olaf Scholz has said more than once that the project is economic, not political.

However, his colleagues in the Cabinet of Ministers from among the "Greens" have a different point of view.

Therefore, the question of what position Berlin will eventually take is still open.

However, certification depends not only on the government, but also on European standards, ”says Alexander Kamkin.

"For the next heating season"

Analysts also draw attention to the fact that longtime opponents of Nord Stream 2 - American Democrats - are in no hurry to increase pressure on the project.

As reported on January 6 by Politico, Democrats in the Senate will likely not support the new sanctions bill against the gas pipeline, which was previously introduced at the initiative of the Republicans.

The publication refers to several lawmakers, who explained that the adoption of this document could harm US-German relations.

“Currently, while we are analyzing the possible actions of Russia in Ukraine, it is important for us to closely cooperate with our allies.

Germany is among these very important allies.

Therefore, in my opinion, the adoption of the amendment will be untimely, ”said New Hampshire Democrat Senator Jean Shaheen on the bill.

This position is shared by the State Department.

According to a spokesman for the department, Ned Price, the US administration opposes the bill on sanctions against "Nord Stream-2".

The State Department believes that the adoption of the document will only "undermine the unity" among the European allies of the United States at a "critical moment".

Igor Yushkov also believes that the American leadership is unlikely to obstruct the launch of Nord Stream 2 in the near future.

“The White House has its own agreements with the FRG authorities.

During their last meeting, Biden and Merkel secured on paper that the United States will not interfere in the process, and Germany itself will impose sanctions if gas is used as a geopolitical weapon.

And now any new restrictions from the United States will be perceived as an encroachment on the sovereignty of Germany and the EU as a whole, "Yushkov explained.

Analysts are convinced that, despite all the obstacles, Nord Stream 2 will begin operations this year.

Alexander Kamkin explained that the requirement to re-register Nord Stream 2 AG is formal.

“This, of course, will delay the commissioning of the gas pipeline and even looks like a deliberate delay in the process.

And such delays may continue in the future, after the start of supplies via Nord Stream 2, since there is now a trend in the EU to tighten environmental standards.

However, I am sure that the gas pipeline will start working in the second half of 2022.

Because further delays in the project will already lead to claims from Gazprom and will severely hit Russian-German relations, "the expert explained.

Igor Yushkov has a similar point of view.

He believes that the certification will continue after the re-registration of the operator.

“In general, the forecast is positive.

If there were any insurmountable obstacles, the regulator would immediately announce this.

As for the verification of certification by the European Commission, it is unlikely that it will block Berlin's decision.

So in 2022, Nord Stream 2 should start working - by the next heating season, "Yushkov summed up.