One of Swedbank's former managers chose to remove troublesome information in a formal response to US authorities. It shows emails made public in connection with the indictment against Birgitte Bonnesen. - Not answering questions from authorities correctly and transparently is remarkable, says Louise Brown, anti-corruption expert at the consulting company FCG. 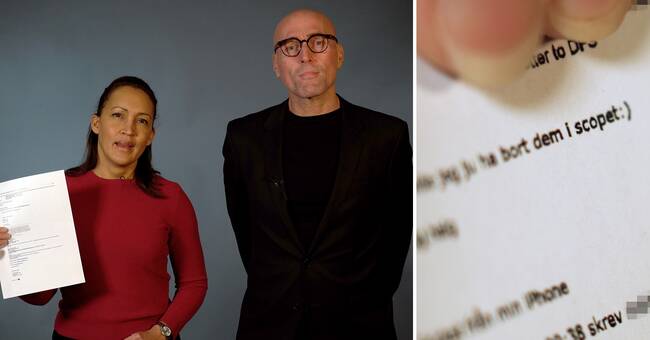 The background is that the US government in the spring of 2016 wrote letters to about 20 banks worldwide.

It was about money laundering and the banks were asked to answer a simple question: Do you have clients with connections to the infamous law firm Mossack Fonseca in the tax haven Panama?

One of the banks that received the letter was Swedbank.

In its first response, Swedbank's office in New York announces that the bank has no customers connected to Mossack Fonseca.

Two years later, in 2018, the financial authority again sends an inquiry and emphasizes that it is about the entire global operations of the bank.

Swedbank gets a new chance and now the group management in Stockholm is behind the answers.

It is now acknowledged that there are customers connected to Mossack Fonseca, but only in Sweden and Norway.

And none of them are considered suspects.

Not a word is mentioned about all the customers connected to Mossack Fonseca that Swedbank has in the Baltics - and new information in the indictment shows that it was not an accident.

Chose not to report

As early as 2018, it is clear that the bank knew that it had a large number of suspicious customers in the Baltics with connections to the infamous law firm in Panama.

One of Swedbank's employees states in questioning in the Swedish investigation against Bonnesen that the bank management, in consultation with the American law firm Clifford & Chance, chose not to report Swedbank's subsidiaries in the Baltics.

Before Swedbank's management sends the answer to the US authority, one of the bank's employees draws attention to the fact that the information is incorrect.

In an email to Bonnesen's closest management colleague, he writes:

"So you know later, we have many meetings in the Baltics at MF (Mossak Fonseca, editor's note)"

To which the boss responds, and ends with a smiley:

"That's why I wanted to remove them in the scope :)" ("Scope" is a technical term for the scope and delimitation of a survey)

The very core is whether you have intentionally misled authorities, and with the reservation that requests of this kind may be subject to interpretation, it is worrying if you have actively opposed an authority, says anti-corruption expert Louise Brown.

Peter Utterström, lawyer and specialist in anti-corruption issues, also reacts to the incident, and believes that it may affect the American investigation that is ongoing by Swedbank:

Deliberately opting out of negative information that is relevant to an investigation is very serious in an American context!

It is likely that this will make the settlement cost significantly higher - compared to providing complete information from the beginning ", he writes to SVT.

SVT has searched for the former Swedbank manager without result.

It is so far unclear whether Birgitte Bonnesen knew that customers in the Baltics were excluded.