Iran, Ukraine and Taiwan.. Will Washington 2022 cross its external crises away from the military option? 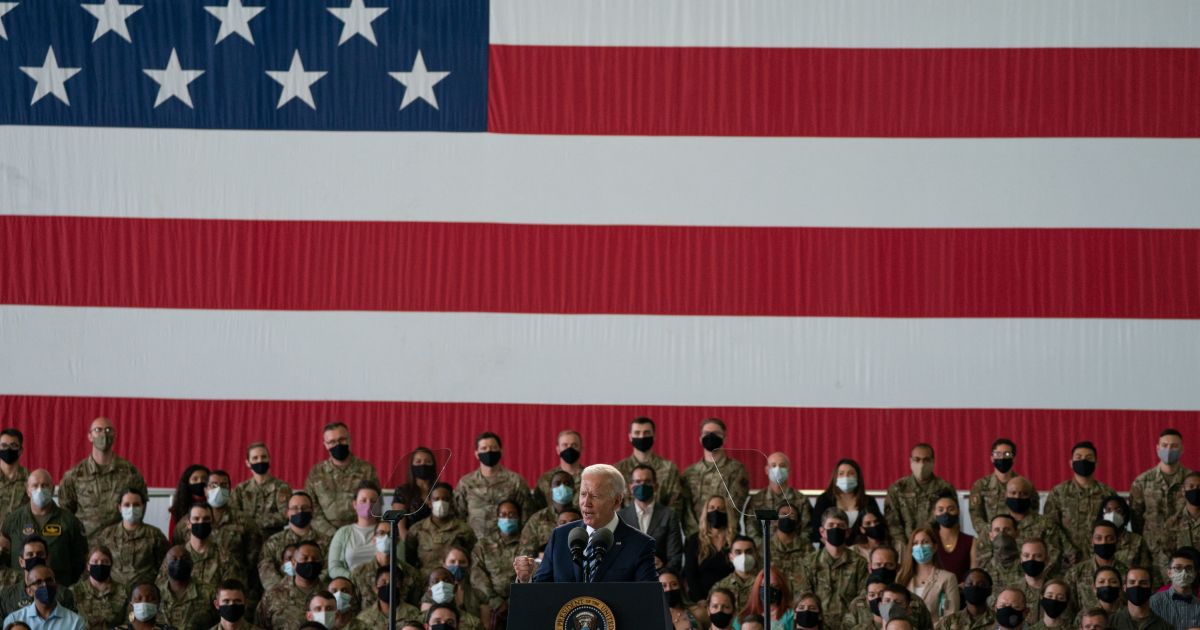 During his first year in office, US President Joe Biden was so focused on the United States' increasingly fierce competition with China that the president's critics accused him of letting it blind his foreign-policy team to other simmering international crises.

The year 2022 holds three hot crises for US policy makers:

It is expected that these crises will dominate most of Washington's external attention, at a time when some experts do not rule out the hypothesis of the outbreak of other serious external crises, especially by North Korea.

The chaotic US withdrawal from Afghanistan, which was completed at the end of last August, left pictures and tragedies that the world followed, moment by moment, and caused the Taliban movement to return to control the reins of power in Afghanistan, and the absence of any resistance from the Afghan army, which was trained, financed and armed by the United States for over a period of time. Two decades ago, which shook confidence in the institutions of making and implementing US foreign policy in their planning, intelligence and military capabilities.

Many members of Congress from both parties expressed that the images and method of withdrawing from Afghanistan gave the United States' external competitors a strong impetus and confidence in its capabilities to confront American interests, and a willingness to cross Washington's red lines in each of the three cases.

By massing tens of thousands of troops on the Ukrainian border, Russian President Vladimir Putin has forced the White House to wake up and respond to a crisis that no one in Washington wanted occurred.

"This crisis has become the worst crisis in Europe since the end of the Cold War," says Andrew Lohsen, an expert at the Center for Strategic and International Studies.

Negotiations continue between Washington and the North Atlantic Treaty Organization (NATO) on the one hand, and Russia on the other hand, amid continuing disagreement over accepting the immediate and strict guarantees demanded by Moscow, especially regarding Ukraine's non-joining of NATO in the future, and the alliance's non-deployment of advanced weapons on its territory. .

Moscow believes that after completing its armed buildup with Ukraine, the ball is in the American court.

At the same time, Washington and its European allies repeatedly rule out any military intervention in the crisis if Russian forces cross the border, with its official rhetoric limited to providing support to Ukraine and imposing more sanctions on Russia.

Russia does not seem to care much about the weapon of Western sanctions imposed on it since 2014, and the possibility of their escalation, with Washington's continued refusal to accept providing the required guarantees from Moscow.

Washington no longer has only the language of threatening sanctions, as stated by President Joe Biden, who confirmed that he made it clear to Russian President Vladimir Putin that Russia would pay a "heavy price" and face devastating economic consequences if it invaded Ukraine, while Senator Bob Menendez, Chairman of the Committee on Relations The State Department of the Senate, President Putin directly, said, "Invade Ukraine and we will destroy your economy."

The foregoing leaves the door wide open to a certain crisis if Moscow does not get what it wants.

Taiwan is the most prominent arena for the escalating competition between China and America, and although Washington is not bound by any commitments to defend Taiwan, the occurrence of any Chinese attempt to re-annexation of Taiwan will be a severe test of US military strength and diplomatic and political dominance around the world.

On various occasions in 2021, Beijing sent hundreds of its military aircraft to the air defense zone adjacent to Taiwan's airspace, in a show of force, accompanied by assurances from Chinese President Xi Jinping his intention to complete the "historic mission" of reunifying the island with China "by peaceful means." However, Xi also refused to rule out military action.

Observers fear the increasing confidence of the Chinese army in its capabilities to the point that it will push to re-annexation of Taiwan by military means, especially with the lack of commitment by the administration of President Joe Biden to defend the independence of Taiwan militarily.

It is expected that the American confusion regarding any Chinese escalation will continue, especially with Biden confirming in an interview with CNN that his country “will act militarily if China attacks Taiwan,” which prompted the White House to clarify - at a later time - that "The president has not announced any change in our policy, and there is no change in our policy."

On the other hand, 2022 will witness the activation of the Biden administration’s escalation in the face of Chinese challenges, represented by the announcement of the tripartite security agreement that brings together Washington, London and Canberra, and the historical deal associated with it for submarines equipped with nuclear fuel, in addition to Washington’s continued leadership of the quadripartite bloc with Japan, India and Australia to deter China's regional aspirations.

The third crisis: the collapse of the negotiation track with Iran

As the Iranian nuclear negotiations enter their eighth round, speculation is that an agreement similar to the 2015 agreement that Washington withdrew from in 2018.

At the same time, hawks in both Washington and Tehran are unanimously agreed that militancy serves their interests and their negotiating position.

Washington hawks believe that keeping their country on the sanctions imposed on Iran for a longer period will push Iran to surrender and acquiesce in American demands.

While Tehran's hawks believe that progress in uranium enrichment activities will push Washington and its European allies to accept the full and legitimate lifting of all sanctions imposed on Iran, and return to commitment to the terms of the previous nuclear agreement.

It does not seem that the Iranian leadership fears a US military attack, and this reassurance is due to Washington's fears of starting a new chapter in its wars in the Middle East without knowing how to end them.

The failure of the Vienna negotiating process, if it occurs, will further create a crisis that Tehran does not want, and Washington does not seek.

In the end, Biden sees the confrontation with the leaders of the three countries, President Xi, President Putin and Iran's President Ebrahim Raisi, as a particularly thorny challenge for him.

The challenge that Biden has repeated since his arrival in the White House to confront foreign autocrats puts his foreign agenda to the test.

However, the most important criterion for Washington's success during 2022 depends on crossing these three crises without the need to resort to the military option.