Minimum since June 17: 16 343 new cases of coronavirus detected in Russia

In Russia, over the past day, 16,343 new cases of coronavirus infection were detected. During this time, 24,037 people have fully recovered in the country, 835 patients have died. The total number of COVID-19 cases registered in the country has reached 10,554,309. The Governor of St. Petersburg, Alexander Beglov, meanwhile, said that herd immunity in the city is more than 80%. 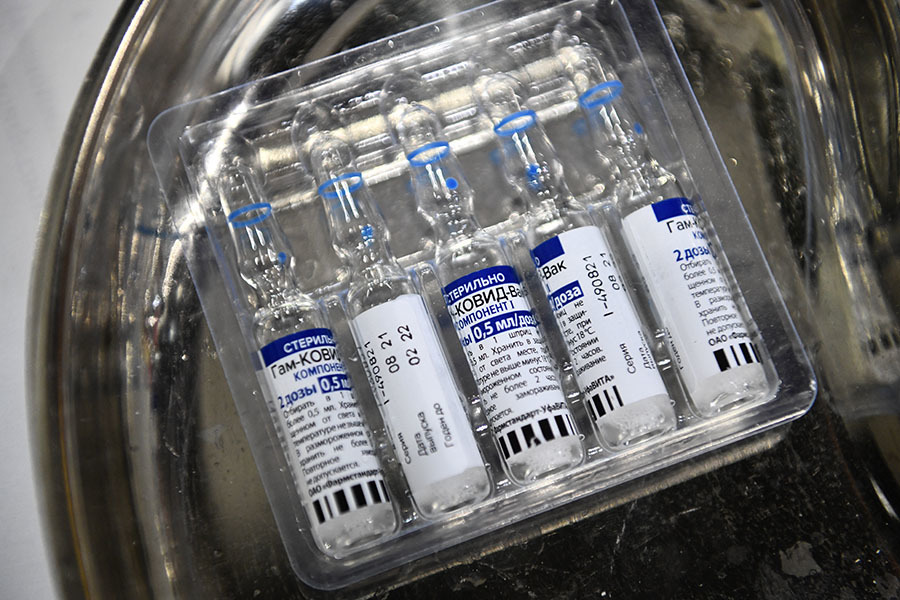 In Russia, over the past day, 16,343 new cases of coronavirus infection were detected.

During this time, 24,037 people have fully recovered in the country, 835 patients have died.

At the same time, the Governor of St. Petersburg Alexander Beglov said that the collective immunity in the city is more than 80%.

The head of the city said that this indicator is not enough to stop the spread of the new omicron strain.

“But this allowed St. Petersburg to pass the fourth peak more confidently than the second wave at the end of 2020,” he said in an interview with RIA Novosti.

Beglov recalled that in the fall of 2021, another rise in the incidence of COVID-19 began and there was a steady increase in the number of patients.

Now, according to him, the city is "on a high plateau."

The Governor added that the health care system of St. Petersburg from the fall is fully prepared for the growth of loads.

“We have created the necessary supplies of oxygen, now St. Petersburg is even sharing it with the Leningrad Region and Karelia.

During the second wave, we have fine-tuned the sorting of infected people through eight out-of-hospital CT centers.

A queue of ambulances in front of hospitals has become a rarity, "Beglov emphasized.

Director of the Center.

"Hypothermia stimulates the multiplication of pathogenic microorganisms and makes the body more sensitive to internal and external pathogens," he said in an interview with TASS.

According to him, during hypothermia, "the system of interferon and other innate immune mechanisms weakens."

“Therefore, the concentration of pathogens that normally a person transfers imperceptibly can cause an infectious process in the form of colds, runny nose, flu, coughs and others,” the scientist explained.

On the eve of the Minister of Health of Karelia Mikhail Okhlopkov said that the first case of infection with the omicron strain was detected in the republic.

The first case was revealed in a woman who came from France, ”RIA Novosti quoted the minister as saying.

He noted that the Sputnik V vaccine had shown its effectiveness against omicron and urged the residents of the republic to be vaccinated.

Epidemiologist, Academician of the Russian Academy of Sciences, Doctor of Medical Sciences Gennady Onishchenko, in turn, expressed the opinion that the COVID-19 pandemic could stop in May 2022, subject to compliance with sanitary requirements and vaccination.

"There is a lot of time until May ... If we now do what we need to do, then by that time it will have to stop," TASS quotes him.

The head of the Ministry of Industry and Trade Denis Manturov said that in Russia, if necessary, they are ready to launch the production of foreign vaccines for COVID-19.

“To solve this is still the prerogative of the Ministry of Health, but if the industry faces a task, then we will be able to implement it for sure, this is a matter of expediency, social and economic meaning,” the minister said.

At the end of December, the representative of the World Health Organization Margaret Harris, in a conversation with RT, explained the length of the process of recognizing the Russian Sputnik V coronavirus vaccine.

“We at WHO have (the procedure for inclusion in. -

) the so-called register of funds for use in emergency situations.

We are asking for documentary evidence of the safety and efficacy (of the drug. -

), as well as documentation of the production technology, ”said Harris.

According to her, it often takes a long time to check technological processes to "find out all the details, conduct an inspection and so on, so that the vaccine will be given the green light."

Presidential press secretary Dmitry Peskov previously noted that the Russian drugs Sputnik V and Sputnik Light are the most effective vaccines in the world against the omicron coronavirus strain.

According to Johns Hopkins University, the number of recorded cases of coronavirus infection in the world has exceeded 290.1 ​​million.

Since the beginning of the COVID-19 pandemic, more than 5.4 million people have died worldwide.

In total, about 9.2 billion doses of vaccines were used.