"Should never be unleashed": the leaders of the Russian Federation, China, the United States, Britain and France adopted a statement against nuclear war

The leaders of Russia, China, Great Britain, the United States and France issued a joint statement on the need to prevent nuclear war and the inadmissibility of an arms race. The heads of the nuclear five countries stressed that there can be no winners in a nuclear war and it should never be unleashed. The official representative of the Russian Foreign Ministry, Maria Zakharova, specified that the document was prepared at the initiative of Moscow with the active participation of Russian representatives. 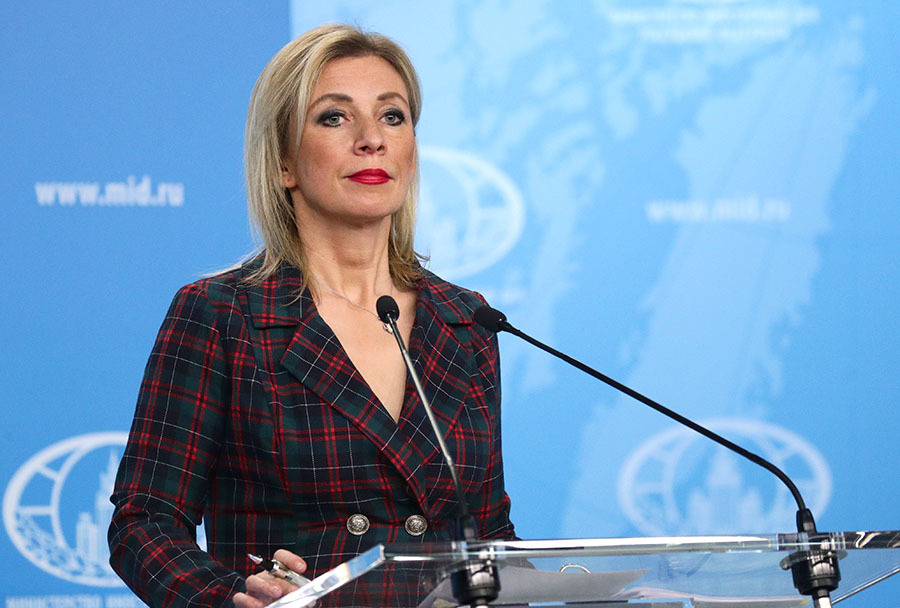 The leaders of the five nuclear powers - Russia, China, Great Britain, the United States and France - issued a joint statement on the need to prevent nuclear war and the inadmissibility of an arms race.

The text of the statement is quoted by the Kremlin press service.

It notes that the five countries "consider it their primary responsibility to prevent war between states possessing nuclear weapons and to reduce strategic risks."

“We declare that there can be no winners in a nuclear war and it should never be unleashed.

Since the use of nuclear weapons would have far-reaching consequences, we also reaffirm that nuclear weapons - as long as they continue to exist - must serve defensive purposes, deter aggression and prevent war, ”the statement said.

The parties stressed that the further proliferation of such weapons should be prohibited, and also reaffirmed that they remain committed to the obligations under the Treaty on the Non-Proliferation of Nuclear Weapons.

Russia, China, the United States, Britain and France have confirmed that their nuclear weapons are not aimed at each other or at third countries.

“Each of us intends to maintain and further strengthen our national measures to prevent the unauthorized or unintentional use of nuclear weapons,” the statement said.

The sides also reaffirmed their intention to work with all states to create an atmosphere of security, as well as to seek bilateral and multilateral diplomatic approaches to avoid military confrontation, increase mutual understanding and trust, and prevent an arms race.

As the official representative of the Russian Foreign Ministry Maria Zakharova said, the document was prepared at the initiative of Moscow with the active participation of Russian representatives.

"The five document supplements and develops the bilateral statements previously adopted at the highest level with the United States (in the Joint Statement of the Presidents of June 16, 2021) and the PRC (in the Joint Statement of June 28, 2021 on the twentieth anniversary of the signing of the Treaty on Good Neighborliness, Friendship and cooperation) ”, - she clarified.

The statement, Zakharova stressed, reflects the idea of ​​inadmissibility of any war between states, both nuclear and with the use of conventional weapons, which is important for Russia.

The document also reaffirms the principle of conducting a dialogue "on the basis of mutual respect and recognition of each other's interests and concerns in the field of security."

“We hope that in the current difficult conditions of international security, the approval by the leaders of the nuclear powers of such a political statement will help reduce the level of international tension and curb the arms race, help build confidence and form the foundations for future control over offensive and defensive arms in their interconnection, as well as measures to reduce risks, ”she concluded.

In turn, the press secretary of the Russian leader Dmitry Peskov said that the summit of the leaders of the "nuclear five" countries, proposed by Vladimir Putin, should take place regardless of the adoption of the document.

"The statement of the leaders of the" nuclear five "does not exclude that a summit of the permanent members of the UN Security Council is still needed," said a Kremlin spokesman.

Political scientist Yuri Svetov, in an interview with RT, expressed the opinion that if the theses contained in the statement are respected, it will become "an encouraging start to 2022."

"A very good expression is suitable here:" Better late than never, "because (President of Russia -

) Vladimir Putin last year proposed to hold a meeting of the leaders of the nuclear powers to discuss the inadmissibility of the use of nuclear weapons in conflicts," the expert noted ...

In his opinion, a precondition for such a statement could also have been a telephone conversation between the presidents of Russia and the United States, during which Joe Biden raised the topic of the inadmissibility of the use of nuclear weapons.

As the assistant to the president for international affairs Yuri Ushakov reported, Biden during a telephone conversation with Putin more than once emphasized the inadmissibility of starting a nuclear war.

“It is very important that President Biden stressed several times during the conversation that a nuclear war cannot be started, nor can it be won," Ushakov said, noting that the United States and Russia have the largest nuclear potential in the world.

At the same time, at the end of December, Russian Deputy Foreign Minister Sergei Ryabkov noted that there is a dangerous tendency in the United States to lower the threshold for the possible use of nuclear weapons.

“We in Moscow are committed to raising the threshold for the use of nuclear weapons.

In the United States in recent years, the opposite trend has been observed, when, as it seems, nuclear weapons are more and more perceived as a means of the battlefield, "Ryabkov said.

Vladimir Putin several times made a proposal to hold a meeting of the heads of state of the five permanent members of the UN Security Council.

In particular, in June, Vladimir Putin wrote an article "75 Years of the Great Victory: Shared Responsibility to History and the Future" dedicated to World War II, in which, among other things, he expressed the hope that a meeting of the leaders of the five nuclear powers - permanent members The UN Security Council, where it will be possible to talk frankly about the problems of preserving peace, strengthening global and regional security, and control over strategic arms.

"The agenda proposed by Russia for the upcoming five summit is extremely important and relevant both for our countries and for the whole world," said Vladimir Putin.

In October, Putin noted that his initiative to hold the meeting "was supported by everyone and could have been done."

And then this pandemic started soon and it all got complicated.

The very idea of ​​the meeting was met very positively, and I hope that this, perhaps, will take place someday.

It will definitely be beneficial, ”the Russian leader noted.