"Intrigues can be at every step": the Russian Foreign Ministry did not rule out delaying the certification process for Nord Stream 2

Russian Deputy Foreign Minister Alexander Pankin admitted that the certification process for the Nord Stream 2 gas pipeline could drag on until the summer of 2022. In addition, Pankin did not rule out that the process could be complicated by new actions by the United States. According to experts, European structures are losing, holding back the commissioning of Nord Stream 2, as they are forced to buy gas at a higher price. 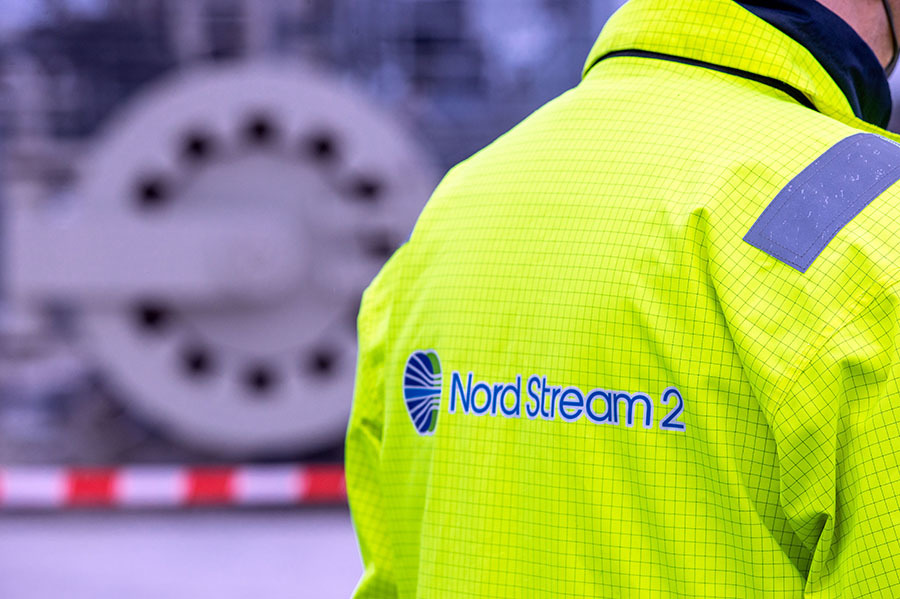 Russian Deputy Foreign Minister Alexander Pankin admitted that the certification process for the Nord Stream 2 gas pipeline could drag on until the summer of 2022.

“The regulations of the procedure are such that they allow not even to delay (the certification process of Nord Stream 2. -

), but to carry out this consideration in the first, second conditionally instance, stretching it out for many months ... Yes, this is may last until summer, ”he told RIA Novosti.

In addition, Pankin did not rule out that the process could be complicated by new actions by the United States.

“Why not imagine that the Americans will tell the Germans not to buy a single gram of Russian gas via Nord Stream?

It may or may not be certified.

They can apply anything.

That is, intrigues can be at every step, ”the diplomat said.

In addition, the Deputy Foreign Minister noted that Russia is not obliged to carry out all gas supplies to Europe through the territory of Ukraine.

“If the goal is only to pump it through Ukraine, then we are not obliged.

Contracts are being fulfilled, even with an excess of 8-10%, ”he recalled.

On January 1, Bundestag deputy from the Green party Omid Nuripur told the Funke media group in an interview that in the event of an allegedly possible Russian “invasion” of Ukraine, the certification of the gas pipeline should be stopped.

“A gas project of this scale will always be perceived as something purely political.

Of course, if Russia invades Ukraine, then Nord Stream 2 should be called into question, "RIA Novosti quoted him as saying.

At the same time, he noted that the project is already ready, and Germany will adhere to the law.

“If from a legal point of view everything is in order, the gas pipeline will work,” he added.

At the same time, at the end of December, Nuripur announced that he did not see any opportunities to stop the project.

He noted that all fundamental decisions have already been made, therefore it is impossible to disrupt the launch of the pipeline by such methods, and also confirmed that if Nord Stream 2 complies with the legislation, it will be put into operation.

The Minister of Economy, Vice-Chancellor of Germany Robert Habek also stated that the certification of the gas pipeline is being carried out in accordance with the legislation.

“At present, Nord Stream 2 has been completed and even filled with gas.

The issuance of a permit is pending, even two - the Federal Network Agency, which is under the supervision of my department, and the European department.

And this permission is checked in accordance with the law, "- quotes RIA Novosti.

On December 29, Russian President Vladimir Putin announced that Nord Stream 2 is ready for operation, and now the timing of the pipeline's commissioning depends only on European countries.

He confirmed that as soon as the EU decides to start the pipeline, large additional volumes of Russian gas will begin to flow there.

The Russian leader drew attention to the fact that the new route will serve to resolve the issue of price stabilization in the European market.

At the same time, on November 16, the agency announced the suspension of certification of Nord Stream 2 AG as an independent pipeline operator.

Vladimir Olenchenko, senior researcher at the Center for European Studies at the IMEMO RAS, in a conversation with RT, noted that Nord Stream 2 is currently a point of confrontation between the European and American lobbies in Europe.

“From an economic point of view, European structures, mostly German ones, are losing in that by holding back the commissioning of Nord Stream 2, they thereby lower the competitiveness of Germany as a whole, because they are forced to buy gas at a higher price.

From the point of view of common sense, of course, the Europeans would have to complete the certification and commissioning of SP-2 in a short time, ”the expert noted.

He stressed that the Russian side had done everything that was necessary by completing the preparation of the gas pipeline for commissioning.

In turn, the expert of the International Institute for Humanitarian and Political Research, Vladimir Bruter, speaking about possible sanctions from the United States, expressed the opinion that Washington can impose restrictions only against buyers.

“That is why they do not impose sanctions, because they believe that such sanctions will be reacted negatively in Germany and Austria.

They do not want to spoil relations with European partners, ”he said.

As the press secretary of the Russian President Dmitry Peskov noted, the procedure for approving a gas pipeline is a bureaucratic work, in connection with which one needs to be patient.

At the same time, Vladimir Chizhov, Permanent Representative of the Russian Federation to the EU, noted that the situation related to the suspension of certification of the gas pipeline is politicized.

Recall that the Russian gas pipeline Nord Stream 2 runs from Russia to Germany through the Baltic Sea, as well as the exclusive economic zones and territorial waters of Germany, Denmark, Russia, Finland and Sweden.

Calls to stop the project were made by several European states, as well as Ukraine and the United States, claiming that the project allegedly threatens the energy security of Europe.

Washington has several times imposed sanctions on the ships and companies involved in the construction, but American restrictions did not prevent the completion of the project.