Hundreds of cheaters have been discovered on the theory test

More than 300 people have been discovered and reported for suspected cheating on the theory test in the past two years. About 40 of the cheaters have been convicted since it became illegal, but those who sell the cheating go free. 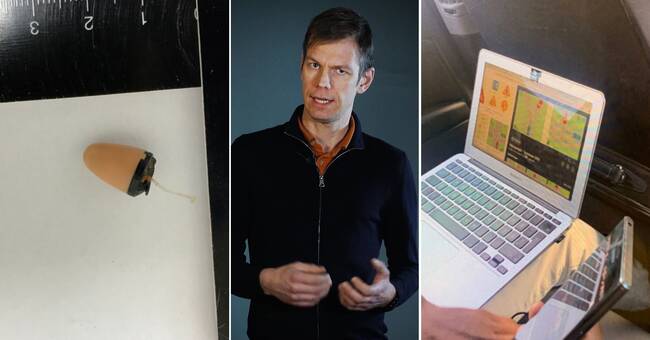 Cheating on the theory tests to get a driver's license has been going on for many years, but it was not until March 2020 that it became illegal.

In the last two years, the Swedish Transport Administration has discovered and reported over 300 suspected cheaters and about 40 of them have so far been convicted of false crime for the crime.

The courts usually classify the crimes as serious and then most are sentenced to a suspended sentence and a daily fine.

- It is serious that we get drivers out of traffic who lack theoretical knowledge to drive the vehicle in traffic, says Tomas Tronning, head of safety at the Swedish Transport Administration.

The cheating takes place with the help of small wireless headphones in the ear, hidden mobile phones and sometimes hidden cameras that film the questions through a button or a hole in the clothes.

On the outside, there are assistants who hear or see the questions and who read out the answers for a fee.

But there are cameras in the halls that allow suspected cheating to be revealed, even in retrospect, and many test takers have learned to detect the cheating.

- It can be small, small signs and then they can get help from someone outside the hall who goes in and looks at the camera system, says Tomas Tronning, head of safety at the Swedish Transport Administration driver test.

Among those who admit that they cheated, they state certain amounts of between 10,000 and 25,000 kronor that they would pay for an approved result.

Think leagues are behind it

The Swedish Transport Administration suspects that the cheating is organized and that there are various leagues that sell the cheating.

- There is no evidence we have but I guess.

It is difficult to conduct business from Ystad to Haparanda, it occurs throughout the country, says Tomas Tronning.

But none of those who sell the cheat have gone there and been convicted in court.

The Norrmalm police have unsuccessfully tried to investigate who is behind the cheating at the rehearsal room in Stockholm city.

- There is a lot going on that must be prioritized and then this ends up on the back burner, unfortunately.

Because this is a lucrative market, says Mats Bergqvist, investigator.

Do you know more about driving license fraud?