Here, SVT's reporter is offered help to cheat on the theory test

For fifteen thousand kronor, SVT's reporter is guaranteed an approved result on the theory test. This is the promise when we contact one of the people who are suspected of helping with the driving license fraud. - The theory I make sure you can handle, there are no problems, the man says in the phone call. 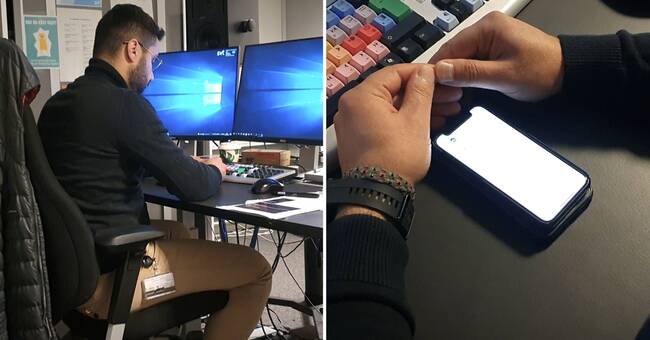 We pretend to be a guy who wrote the test several times without success and now got his number from one person.

-You do not pay a penny before you pass the test, but you must show the money.

Or bring someone who keeps the money during the test.

When you have done that, you pay me, the man says in the conversation.

The cheating will take place with the help of a headphone and camera and he will book the trial period for us.

That the money is often to be paid after the approved result also appears in interrogations with some of those who went there and admit to having cheated.

This may indicate that in addition to the three hundred suspected cheaters who have been reported in the last two years, there are many who do not go there because the cheat sellers would not otherwise make any money.

The man we are talking to has previously appeared in one of the country's largest investigations into illegal traffic schools.

The Swedish Transport Administration suspects that in some cases there is a connection between the cheating and such schools.

-They provide help with the tests, they provide the technical equipment and can also be helpful with illegal driver training, says Tomas Tronning, head of safety at the Swedish Transport Administration driver tests.

Occurs throughout the country

The Swedish Transport Administration suspects that there are various people or leagues that sell the cheating service because the cheating occurs throughout the country.

Through information in preliminary investigations and other sources, SVT nyheter has found contact information for several people who are suspected of selling cheating on the theory test.

But none of the people behind it have been convicted and the investigations usually stop with the test recorder who was caught red-handed.

-It requires resources from the police that they can be on site if we discover a cheater and that we do not interrupt the test but follow the cheater out and see where it goes.

But it is a question of resources for society as a whole, says Tomas Tronning, head of safety at the Swedish Transport Administration.

Do you know more about driving license fraud?