Corona .. Infections are rising globally, and the World Health Organization confirms: the danger of Omicron is still very high

The World Health Organization confirmed today, Wednesday, that the danger of the Omicron mutant from the Corona virus is still very high, at a time when the world is witnessing a significant increase in the number of HIV infections, amid a rapid outbreak of the new mutant. 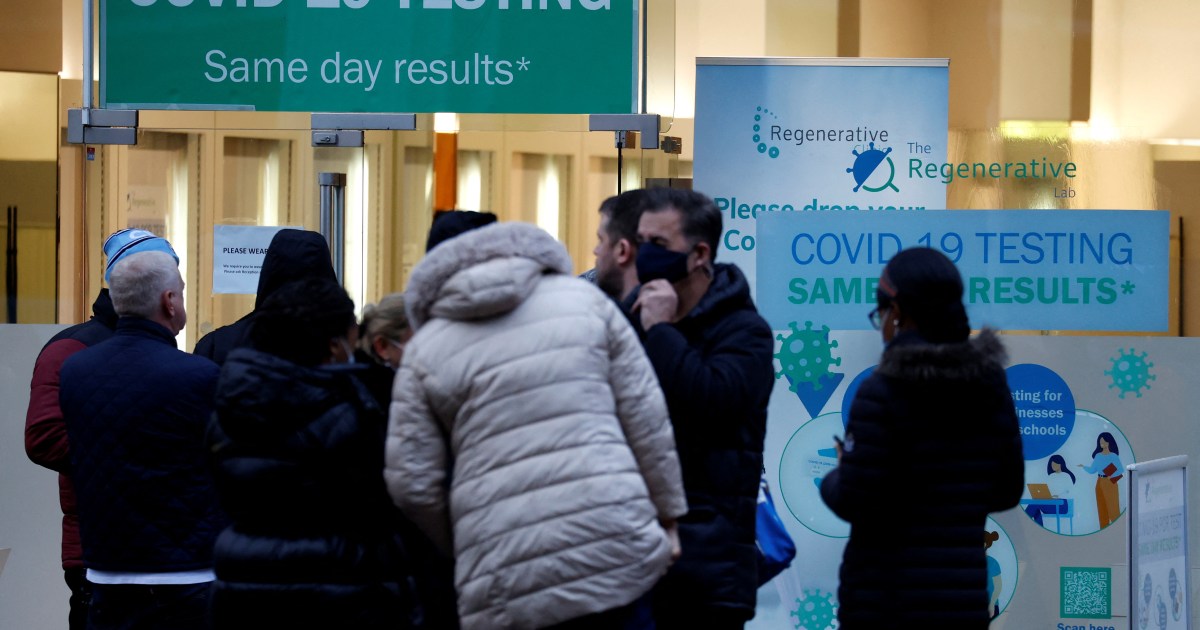 The World Health Organization confirmed today, Wednesday, that the danger of the Omicron mutant from the Corona virus is still very high, at a time when the world is witnessing a significant increase in the number of HIV infections, amid a rapid outbreak of the new mutant.

In its weekly update of the epidemiological situation in the world, the WHO said that Omicron is behind the rise in infections in many countries.

She added that the identical indicators show that the Omicron mutant has the advantage of growing with a doubled time of two to three days compared to the “Delta” mutant, noting that many countries, including the United States and Britain, have witnessed a rapid increase in the spread of HIV infections.

"The rapid growth rate of the omicron mutant is likely to be a combination of the ability to evade the immune system and its increased susceptibility to self-transmission," WHO said.

Despite confirming the acceleration of infections with the Omicron mutant after the Delta mutant was dominant in most countries of the world, the World Health Organization indicated a 29% decrease in infections in South Africa, the first country in which Omicron was first detected, on November 24 last.

Globally, official figures in the United States, Europe and other regions of the world indicate a significant increase in infections with the Corona virus, in light of the rapid spread of the new strain of the virus.

And last week, the number of injuries globally increased by 11%, which prompted several countries to impose additional restrictions, especially during the celebration of Christmas and New Year's Day.

Yesterday, Tuesday, the United States recorded the highest number of infections with the Corona virus in one day in nearly a year, as it reached 441,000, an increase of 150,000 over the previous record.

According to official figures, the average number of new infections in the United States during the past week increased by more than 55 percent, reaching 205,000 cases per day.

US President Joe Biden stressed that the United States is generally well prepared to face the new wave of the epidemic, but he warned that some hospitals may suffer from pressure.

Because of the outbreak of the new mutant, the United States has been experiencing disruption in air traffic for about a week, as thousands of flights were canceled.

In Europe, France, Britain, Greece, Portugal and Turkey recorded, on Tuesday, record daily numbers of injuries, and the outcome in France reached 180,000, and in Britain 129,000.

The British government confirmed that it will not impose new restrictions to confront the mutant Omicron before the end of the year, despite the fact that the number of cases in hospitals reached its highest level since last March.

In the Arab world, Tunisia recorded, yesterday, Tuesday, the highest daily death toll from the Corona virus in 3 months.

According to the latest figures published by the "World Meter" website, the infections with the Corona virus worldwide have exceeded 283 million and 40 thousand, and the deaths are 5 million and 431 thousand, while the number of people recovering from the disease has approached 252 million.

Meanwhile, experts from South Africa have announced that infections with the omicron may lead to enhanced immunity against infection with the delta mutant, reducing the incidence of serious infections.

And “Bloomberg” agency quoted the report prepared by experts from the Durban Institute for Health Research that while it was proven that Omicron has a widespread ability to spread and can overcome antibodies, immunity to subsequent infections of the strain increases by 14 times after two weeks of symptoms appearing. .

The researchers concluded that receiving two doses of the Pfizer-BioNTech vaccine or prior infection may provide stronger protection against Omicron.