China News Service, December 28. According to the Greek “China-Greece Times” report, on the evening of December 27 local time, the Greek National Public Health Organization announced that there were 9284 new cases of new coronavirus pneumonia patients in Greece in the past 24 hours. The highest record since the outbreak in Greece. A total of 1084153 cases have been diagnosed. There were 66 new d 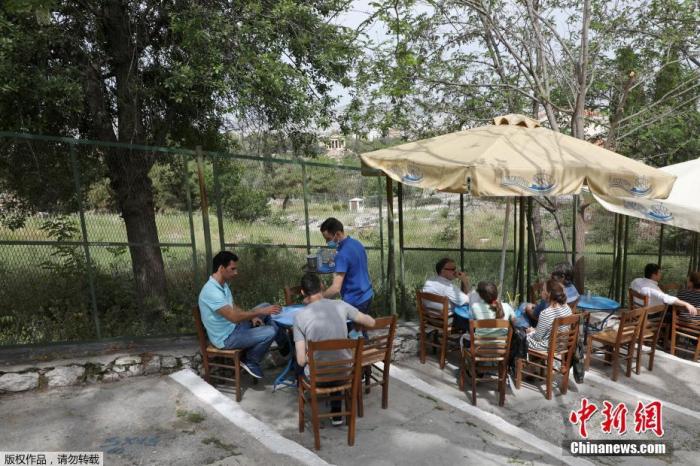 China News Service, December 28. According to the Greek “China-Greece Times” report, on the evening of December 27 local time, the Greek National Public Health Organization announced that there were 9284 new cases of new coronavirus pneumonia patients in Greece in the past 24 hours. The highest record since the outbreak in Greece.

The next stage of the epidemic prevention policy is introduced

The Greek government and health experts are worried that the rapid spread of Omi Keron may lead to the collapse of the health system.

The Expert Committee of the Ministry of Health held a meeting on the 27th to discuss the next stage of epidemic prevention measures.

According to reports from the Greek media, the experts’ suggestions include: setting the business termination time of entertainment venues to 11 p.m. or before midnight, and at the same time stopping playing background music from 11 p.m., and not allowing station guests to receive meals; The maximum number of customers per table in the venue is limited to 6, and it is not allowed to receive station guests; reduce the number of spectators at sports games to 10% of the total capacity; increase the proportion of people who work remotely in enterprises.

Greek Health Minister Prevlis will announce the final confirmation of the new epidemic prevention policy later on the 27th.

Sacris, professor of microbiology at the University of Athens, said on the 27th that the spread of the Omi Keron variant is incredible.

It has become the dominant variant of the new crown virus in the Attica region where the capital Athens is located.

He said that virus samples collected in the area last week showed that 70% of the infection cases involved Omi Keron.

He also explained that compared with people who were not vaccinated, the symptoms of patients who received booster shots were very mild.

Pagani, president of the Athens and Piraeus Association of Doctors (EINAP), said that the continued spread of Omi Keron will cause a surge in the number of confirmed cases of new coronary pneumonia.

She pointed out that in the first two months of 2022, the number of cases will continue to rise, and the number of daily infections will gradually increase to five digits.

The validity period of the vaccine certificate will change

According to a report by the Greek media Protothema, from February 1st, the validity period of the new crown vaccine certificate in Greece will change.

All people, regardless of age, are deemed not vaccinated if they do not receive a booster shot seven months after the last shot of the new crown vaccine.

If you want to maintain the continued validity of the certificate, you need to inoculate a booster shot.

Greek Deputy Foreign Minister Kasaniodis announced on the 26th that he tested positive for the new crown virus.

He tweeted: “I performed a daily virus test and the result of the nucleic acid test (PCR) was positive. I have finished the booster vaccination and have no symptoms. The new coronavirus is in our establishment. Change, the only way to deal with it is to wear a mask and vaccinate.” (Cai Ling)