Libya.. The political dialogue forum postpones the discussion of obstacles to holding the elections and the Gulf states call on the Libyans to give priority to the interests of their country

The Political Dialogue Forum in Libya postponed a session that was scheduled to discuss the obstacles that caused the postponement of its holding, while the Gulf Cooperation Council expressed its “regret” for the postponement of the elections, calling on the Libyans to give priority to national interests. 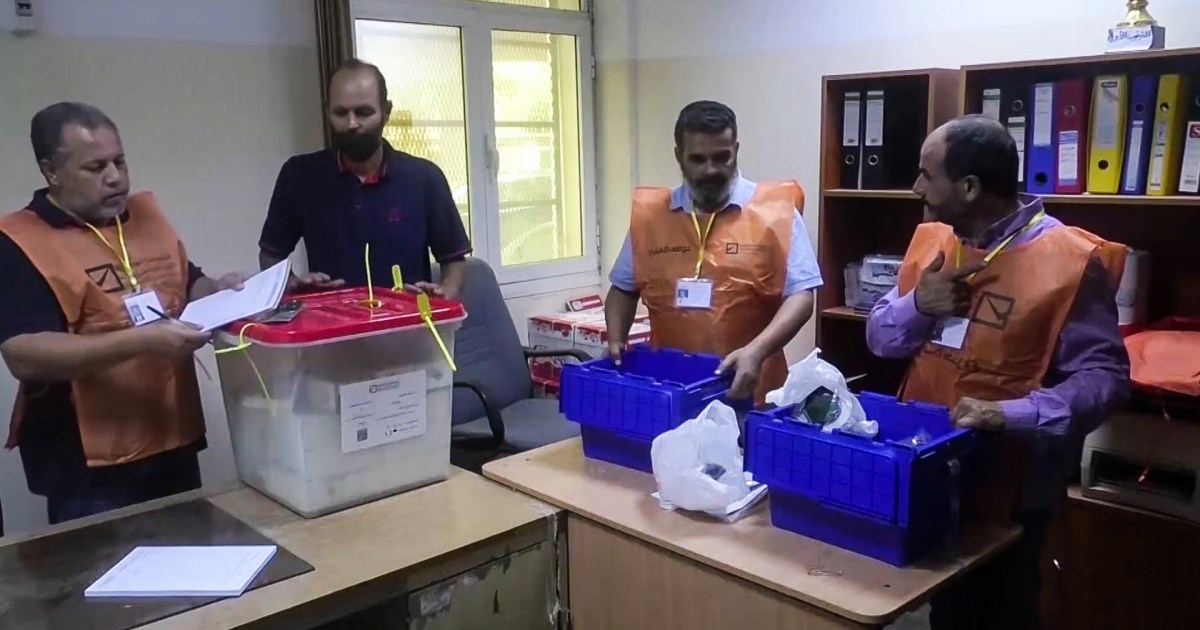 The Political Dialogue Forum in Libya postponed a session that was scheduled to discuss the obstacles that caused the postponement of its holding, while the Gulf Cooperation Council expressed its "regret" for the postponement of the elections, calling on the Libyans to give priority to national interests.

The meeting was scheduled to discuss the developments of the three tracks in the road map, political, security and economic, and to evaluate the work of the national unity government.

For its part, the Foreign Affairs Committee of the Libyan House of Representatives issued a statement confirming the House's keenness to hold presidential and parliamentary elections as soon as possible.

The statement called on all political components to create appropriate conditions for the elections and to avoid provoking disputes and strife, stressing that the council seeks to achieve the greatest degree of local and international consensus regarding the elections.

The Council denounced the statement of the United Kingdom Embassy in Libya, in which it affirmed its support for the current government, and considered it an interference in Libyan internal affairs.

He said that choosing a new government or keeping the current one is a choice for the Libyan House of Representatives, and everyone must respect the rules of democratic governance, according to the statement.

The presidential elections in Libya were scheduled to be held on Friday (December 24 this year), but the High National Elections Commission (HNEC) proposed on Wednesday to postpone the polls to January 24.

"Today we see popular, youth and patriotic pressures for the most important thing, which is the national electoral entitlement," said Omar Ali Al-Taraban, founder of the youth movement "Baltreis".

"Through elections, we can forget the era and the bygone era, a decade of civil wars and infighting," he added.

He explained that the elections will allow a new national state with its constants and geographical borders, and will expel all mercenaries and foreigners.

Baltris is a youth movement that has led several demonstrations in recent years, one of which ended with the overthrow of the board of directors of the General Electricity Company in mid-2020.

In a related context, the Gulf Cooperation Council said in a statement that its Secretary-General, Nayef Al-Hajraf, expressed his participation in the international community's regret that the Libyan elections were not held on time.

Al-Hajraf renewed his call to all Libyan parties to give priority to national interests and work to achieve security and stability in Libya.

The statement affirmed the council's keenness to preserve the interests of the Libyan people, achieve security, stability and development in Libya, ensure its sovereignty, independence and territorial integrity, and support the efforts of the United Nations to reach a political solution.

Earlier, five Western countries called on the Libyan authorities to expedite setting a new date for organizing the elections, in a joint statement.

On February 5, the Libyan Political Dialogue Forum elected a unified executive authority, headed by Abdel Hamid al-Dabaiba, to head the government, whose main task is to hold elections in the country.

In September, the House of Representatives, held in the city of Tobruk (east), which is dominated by forces affiliated with retired Major General Khalifa Haftar, said that he would not recognize the Dabaiba government after December 24, before he recently announced the formation of a committee to prepare a “road map” for what After this date, amid fear that it will decide to form a parallel government in the country.

Libyans hope that these elections will contribute to ending the armed conflict that has plagued their oil-rich country;

With the support of Arab and Western countries and foreign mercenaries, Haftar's militia fought for years against the former internationally recognized Government of National Accord.

On Thursday, the UN Special Adviser to Libya Stephanie Williams expressed her hope that the current challenges related to the electoral process in the country will not undermine the stability that has been achieved in the past months.