Sweden climbs on the list of Europe's foremost technologies, shows a new report in which Stockholm consolidates its position as "Nordic Silicon Valley". 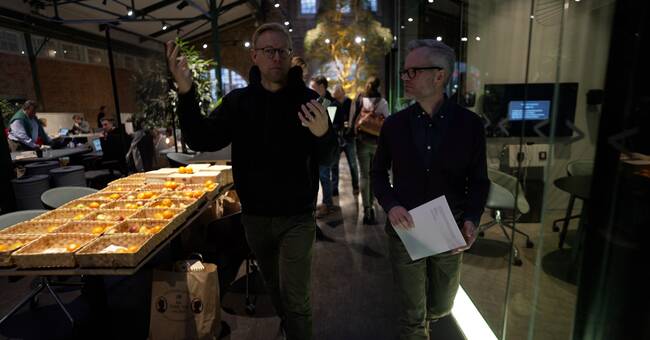 In the "State of European Tech Report 2021", the venture capital company Atomico has mapped the European tech market.

Europe is catching up with the United States on several points.

For the first time, the $ 100 billion barrier is cracked in terms of annual investments in tech companies.

The UK attracts the most capital, according to the report, which names London "Europe's premier techhub".

Sweden takes fourth place, largely thanks to the additional $ 2.75 billion that battery manufacturer Northvolt brought in this year.

But Sweden also shows a breadth.

We got four new unicorns this year, the industry word that describes a start-up company valued at at least one billion dollars.

Nowadays, the Swedish unicorns are 21 in number.

The Finnish food delivery company Wolt, which was recently sold to American Doordash at a valuation of 7 billion Euros, is an example.

And Helsinki, with its history of successful gaming companies and the annual tech fair Slush, competes with Stockholm for the role of "Nordic Silicon Valley".

Even though Stockholm wins the comparison in terms of money and number of companies, the two cities have one thing in common: previous entrepreneurial tech successes.

A "know-how" that is inherited from one generation of entrepreneurs to another.

- It takes time to build competence.

Many governments believe that if you just invest, new businesses will be built.

But it does not work that way.

You have to have people who know how to build companies, says Timo Ahopelto, co-founder of Finnish Lifeline Ventures.

The expert: Pretty much a coincidence

But what explains the first "Swedish tech miracle", what gave us today's giants Spotify and Klarna?

Erik Engellau-Nilsson is the CEO of the foundation-owned Norrsken, which was started by one of Klarna's founders, Niklas Adalberth.

- I think it was quite a coincidence.

We had some unique individuals, such as Niklas Zennström who started Skype, who showed that it is possible to build companies in Sweden that have a global impact.

It inspired other entrepreneurs and from those companies in turn came investors.

This "rings on the water" effect means that we are so far ahead of Finland, Norway or Denmark.

In the video above, you can follow to the Swedish and Finnish startup campus.