Haparanda's municipal councilor Sven Tornberg (C) has written in a letter to Prime Minister Magdalena Andersson (S) that he wants to see an exception from the border restrictions for the border municipalities in Tornedalen. He wants a border pass to be introduced that gives residents the opportunity to travel without obstacles between Sweden and Finland. 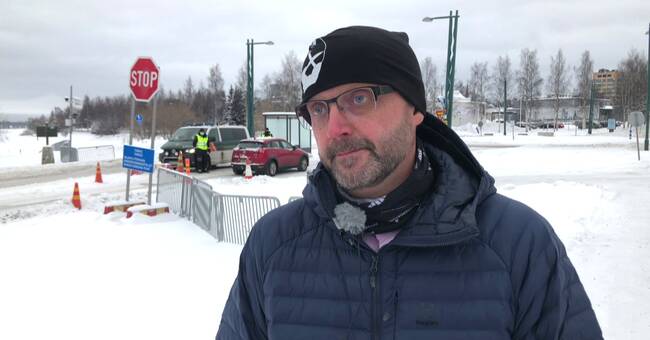 Sven Tornberg's (C) proposal is based on how the Finnish government has chosen to tackle the problems associated with the restrictions for a border crossing.

"In Finland, they have chosen to call it a border community, the Tornedal Council puts forward the idea in the form of a border pass," he writes in the letter.

In Tornberg's proposal, he believes that residents who travel in the different countries should follow the recommendations for the country in which they are located.

The reason: Shares so much in common

The reason for the exception is, according to Haparanda's municipal council, that many of the neighboring municipalities have strong cross-border cooperation and share much in common.

"We have a common school, common leisure facilities, a common cultural offer and our social life knows no boundaries," he writes in the letter to the Prime Minister.

The municipalities for which Sven Tornberg wants to see an exception are Haparanda, Övertorneå, Pajala and Vittangi parish in Kiruna municipality and the municipalities' respective counterparts in Finland.