David Hearst: Tyrants may have won the battle of the Arab Spring, but the struggle is not over yet

British writer David Hurst said that the first wave of the Arab Spring protests that erupted in 2011 has passed, but its embers are still burning and burning in the streets and the hearts and memories of millions. 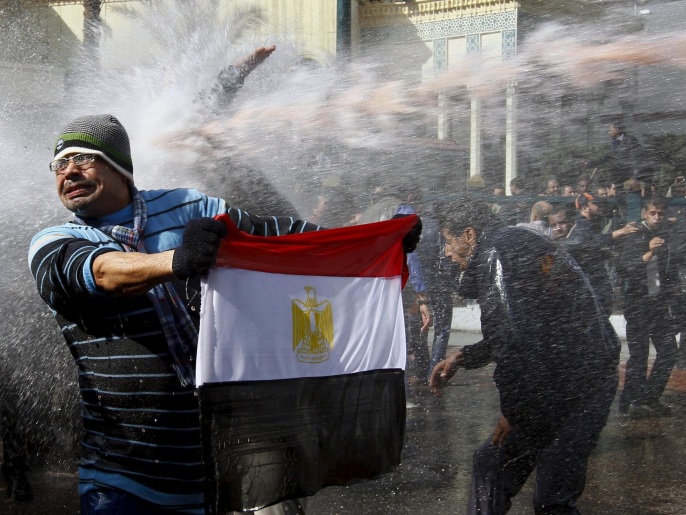 British writer and journalist David Hearst said that the first wave of Arab Spring protests that erupted in 2011 have passed, but its embers are still burning in the streets and in the hearts and memories of millions.

He also mentioned - in an article on the Middle East Eye website - that 2021 is the year in which a "official funeral" was held for what was called the Arab Spring, after all governments and parliaments that were either under the control of Islamists or supported by them were excluded, and both They came to power through the ballot boxes.

Last summer, when Tunisian President Kais Saied suspended parliament, dismissed the prime minister, and announced that he would rule by decree in a move that even his advisors described as a "constitutional coup", Tunisia fell again under the same authoritarian shadow from which it spent the past decade trying to escape, and Islamists in this country found themselves Outcasts and lonely people are treated like a "poisoned political current" outside the closed doors of Parliament.

The West, which had never stopped confusing political Islam with violent radicals, sighed after it seemed to it that the Arab Spring had not turned into an “Islamic winter,” and Russia was constantly looking at this spring as another “color revolution” orchestrated by the CIA. The CIA, like those in the former Yugoslavia, Georgia and Ukraine, was powerful enough to bring down entire empires.

As for the Chinese, they see this demise of democracy - the writer adds - as a justification for their ongoing campaign against the Muslims of the Uyghurs. As for Iran, which had a complicated relationship with the Muslim Brotherhood - just like a number of Arab leaders - it never welcomed them because they challenged the claim of the "Islamic Republic" that it is the only representative of Islam. .

Hearst asserts that from now on the only Arab state model that has survived is an absolutist system - be it military or monarchy - established on top of a structure of secret police, special forces, and puppet journalists.

As for the opposition, whether it is secular or Islamic, its symbols have rotted in prisons and many of them died there, and those who managed to escape so far are waiting for the moment to be reported by neighbors, as for those who managed to run out of their skins, they live in constant concern for the fate of their relatives and families who have effectively turned into hostages at home.