Concern is growing in the UK that it is not known what happened to him, where he is being held or for what reason 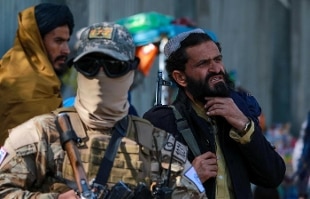 24 December 2021 Since Saturday there has been no news of the British citizen Grant Bailey, arrested by the Taliban under gun threat in Kabul.

The Daily Mirror reports, citing a British security source, while the Guardian writes that the man works as a security consultant.

"We are aware of the detention of a British citizen in Afghanistan and are in contact with his family to support him," a Foreign Office spokesperson said, not confirming his identity.

According to the newspaper, Bailey is believed to have returned to Kabul in September shortly after the withdrawal of Western forces and the takeover by the Taliban.

"We were quite surprised that he returned to Kabul after the Western withdrawal as the security situation there has obviously worsened a lot," the source told the Mirror.

At the moment there is no confirmation from the Taliban, while in the UK there is growing concern that it is not known what happened to him, where he is being held or for what reason.