Yemen..2000 Houthis were killed, including prominent field leaders, within 5 days

Field sources in Marib governorate confirmed that 2,000 Houthis, including prominent field leaders, were killed, while the Yemeni army and tribes, backed by Arab coalition fighters, were able to regain control of the areas between the eastern Jabal al-Balaq and the al-Aarif area on the southern front, prompting the 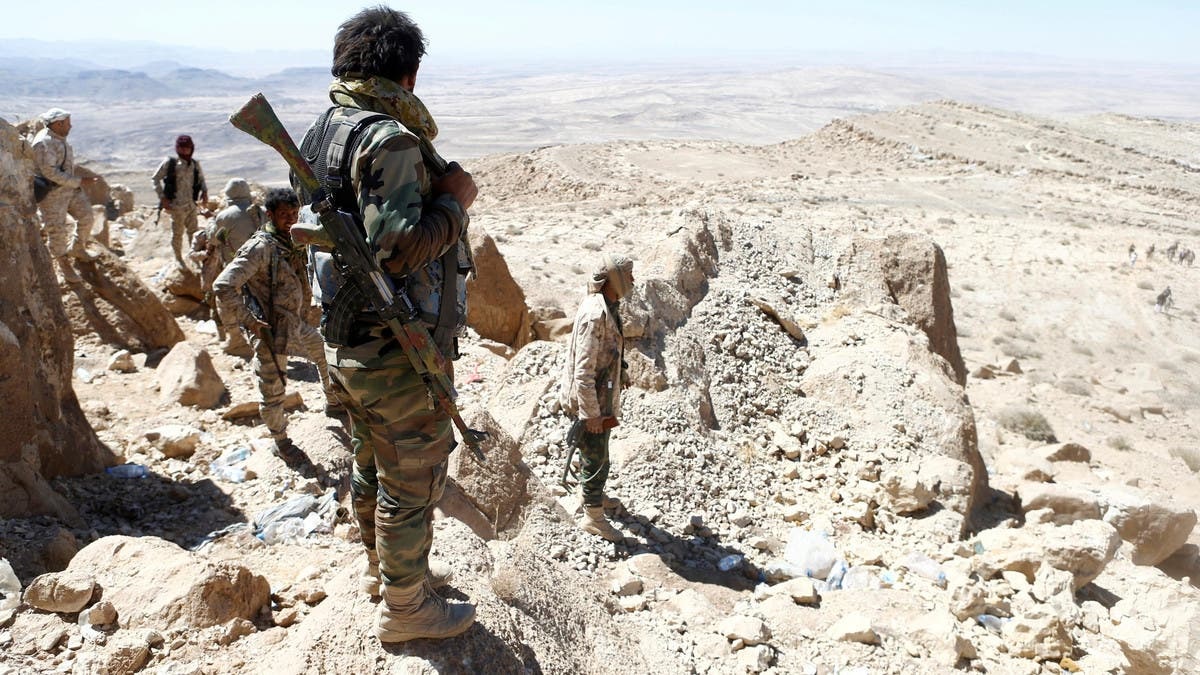 Yemen..2000 Houthis were killed, including prominent field leaders, within 5 days

Field sources in Ma’rib governorate confirmed that 2,000 Houthis, including prominent field leaders, were killed, while the Yemeni army and tribes, backed by Arab coalition fighters, were able to regain control of the areas between the eastern Jabal al-Balaq and the al-Ayraf area, on the southern front, which prompted the militias to bombard the city of Marib with missiles. ballistic;

The sources reported that the army and tribes forces also regained control of the entire "lower Najaa" area, after battles with the Houthi militia, which received painful blows by the Arab coalition fighters during the past hours in those areas and forced them to flee towards areas inside the Juba district, after incurring losses. big.

The army forces received qualitative military reinforcements from the Azal axis during the past two days, the third to reach Marib, which made a difference in the southern and western theater of combat operations.

She stated that the forces and tribes, with air cover from the coalition fighters, penetrated into several areas between Al-Najaa and Al-Amud, reaching Qarn Ladha, which are open desert areas, during which large quantities of weapons and ammunition were seized, noting that control of large areas and parts of Jabal Al-Amoud was restored. And areas south of the road linking the city of Ma’rib and the Juba district.

Field sources confirmed that the government forces and tribes had taken control of the Arilat hill, and the areas of Al Shaab Al Aswad and Lajmah, where the areas between Jabal Budaiya and Ladhah in the Al Aarif desert were completely secured.

It also carried out an operation to lure Houthi groups west of Wadi Nakhla and eliminated them completely, while the army artillery destroyed a Houthi weapons depot east of Umm Reesh camp, while coalition fighters destroyed 12 vehicles in the back lines of the Houthis south of Marib.

The coalition fighters continued to launch their support raids along the southern fronts of Ma'rib Governorate, targeting with more than 34 raids Houthi sites and combat vehicles in the desert areas of the southern front of the city, and others on the western front, including "Al-Kasara and Al-Mashjah", which left dead and wounded and destroyed several Houthi vehicles.

And field sources in Marib confirmed the killing of more than 2,000 Houthis, including prominent field leaders, during the past five days in coalition raids and battles south of Marib.

In Sanaa, the Arab coalition fighters carried out an air operation against sites, targets, workshops, missile stores, soft aircraft and legitimate weapons belonging to the Houthi militia, in separate areas of the capital.

The coalition announced that the operation came as an immediate response to the threat, and was accurate on legitimate military targets in Sana'a, where 7 stores of drones and weapons were destroyed.

The coalition had intercepted and destroyed a booby-trapped drone, launched by the militias, that tried to target Abha International Airport, and another that was trying to target the Jazan region in southern Saudi Arabia.

Local sources in Sana'a stated that the raids carried out in the middle of last night were highly explosive and more accurate, as the central security camp was targeted in the vicinity of the presidential house, which left huge explosions in one of the weapons depots that include ballistic missiles, marches and various ammunition.

Three vehicles carrying missiles, drones and ammunition were targeted while they were being transported from the missile brigades in Attan, which led to their destruction, in addition to targeting a weapons depot and a meeting of Houthi leaders at the Police College, leaving leaders dead, as ambulances and Houthi vehicles were seen rushing to the area.

Also in Sana'a, the Houthi militia buried 94 of its members, including 35 leaders with forged military ranks, who were killed on the fronts south of Ma'rib, and their bodies were transferred to the capital during the past few days.

In the meantime, informed sources reported the killing of the Houthi leader and the leader of the so-called preventive security "intelligence" Houthi, called Sajid Al-Dhahyani, in a coalition raid on the capital, Sana'a.