The examination in the Budget Committee at Montecitorio will take place between 27 and 28 December. On the first afternoon of December 28 the general discussion will begin in the Chamber of the Chamber 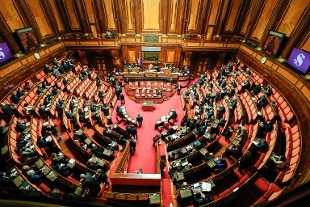 December 23, 2021 The Senate Budget Commission has given the green light to the maneuver. The maxi amendment is expected in the Senate today in the late afternoon, while the vote is scheduled for Friday 24 December. The examination in the Budget Committee at Montecitorio will take place between 27 and 28 December. In the early afternoon of December 28 the general discussion will begin in the Chamber of the Chamber. Voting will not start before 6pm. This was established by the Montecitorio group leaders' conference. works will continue on the days of 29, 30 and there is also the hypothesis of 31 December. Also in the group leader, it is reported, the hypothesis has been advanced that the government can put trust in the budget law, for the definitive go-ahead.

Here are the main measures approved.

Approved the amendment to the maneuver on the Superbonus 110%

Approved, in the meantime, the amendment to the maneuver on the Superbonus 110%, which removes the constraint of the Isee roof for villas. The approved text is the same reformulated and then presented overnight in the Budget Committee during the examination of the budget law. A 75% bonus is expected to remove architectural barriers: the novelty is contained in the amendment that revises the rules for the Superbonus approved by the Senate Budget Committee.

A deduction is expected to be discounted over 5 years for expenses incurred from 1 January to 31 December 2022, with a ceiling of 50 thousand euros for villas, 40 thousand per apartment for small condominiums and 30 thousand for housing in buildings over 8 units. The bonus is used to install, for example, lifts or freight elevators, and will also be extended to "automation of building systems", including the cost of disposing of old systems.

Green light to raise the deductible spending ceiling of the mobile bonus from 5,000 to 10,000 euros.

Green light for all government amendments

Green light from the Senate Budget Committee to all government amendments. From the 'omnibus' one, which introduces the cut of Irpef and Irap, the installment of bills, rewrites the patent box and refinances the TV bonus, to those on relocation and stabilization of honorary robes.

1.8 billion euros arrive for the containment of the effects of price increases in the electricity and natural gas sector and strengthening of the social and gas bonus. The bills can also be paid in 10 installments by families in difficulty. The additional resources are added to the 2 billion already foreseen by the maneuver, for a total budget that rises to 3.8 billion euros.

Refinanced with a further 68 million euros for the TV and decoder bonus for 2022. In addition, pensioners over 70 who are entitled to the bonus, with a pension of less than 20,000 euros, will be able to receive TV and decoders directly in their home.

Stop IRAP for self-employed and professionals

The farewell to IRAP will concern 835 thousand self-employed and professionals with VAT number, equal to 41.2% of the total audience (approximately 2 million), and will have an estimated cost of just over a billion in 2022 and by 1.2 billion from 2023.

Green light to the anti-relocation rules of companies for employers with at least 250 employees. For the closure of offices with at least 50 layoffs, employers must notify the trade unions, the Regions, the ministries of Labor and Economic Development and Anpal in writing at least 90 days in advance.

workers Construction workers but also potters will be able to anticipate leaving work through Ape Sociale, with the threshold of contributions falling from 36 to 32 years. The age requirement remains at 63.

Economic support arrives in favor of workers holding a vertical cyclical part-time employment contract. A fund of 60 million euros (30 million for 2022 and 30 for 2023) is established in the forecast of the Ministry of Labor.

Another 180 million for school is also on the way. One hundred million will be used for the extension of the temporary appointments of the Ata staff of the school linked to the Covid emergency. The Fund for the enhancement of teaching staff will rise to 300 million euros by 2022, with the allocation of a further 60 million. A further 20 million euros were then assigned to equal preschools.

50 million euros arrive for the interventions under the responsibility of the extraordinary Commissioner for the Covid emergency for 2022. Abusively

A solidarity fund arrives, with a total endowment of 10 million euros, in favor of the owners of illegally occupied properties.

Approximately 1.5 billion euros have been allocated for the Jubilee, the company "Giubileo 2025" controlled by the Mef is established and an extraordinary commissioner is appointed for the preparation of the event.

Close against the production of natural furs

Close against the production of natural furs.

With the maneuver, the ban on breeding, breeding in captivity and killing of minks, foxes, raccoons, chinchillas and animals of any species used to obtain fur is triggered, as foreseen by an amendment, first signed by the parent company of Leu in the Senate Loredana De Petris, approved by the Budget Commission of Palazzo Madama.

The measure allows, by way of derogation, the farms to keep the animals already present in the structures no later than 30 June 2022. 3 million euros are allocated for 2022 to compensate the farms.