After the Houthi threat, the coalition bombed military targets in Sana'a

The Saudi-led Arab coalition announced the start of air strikes against what it called "legitimate military targets" in the Yemeni capital, Sanaa, which is under the control of the Houthi group. 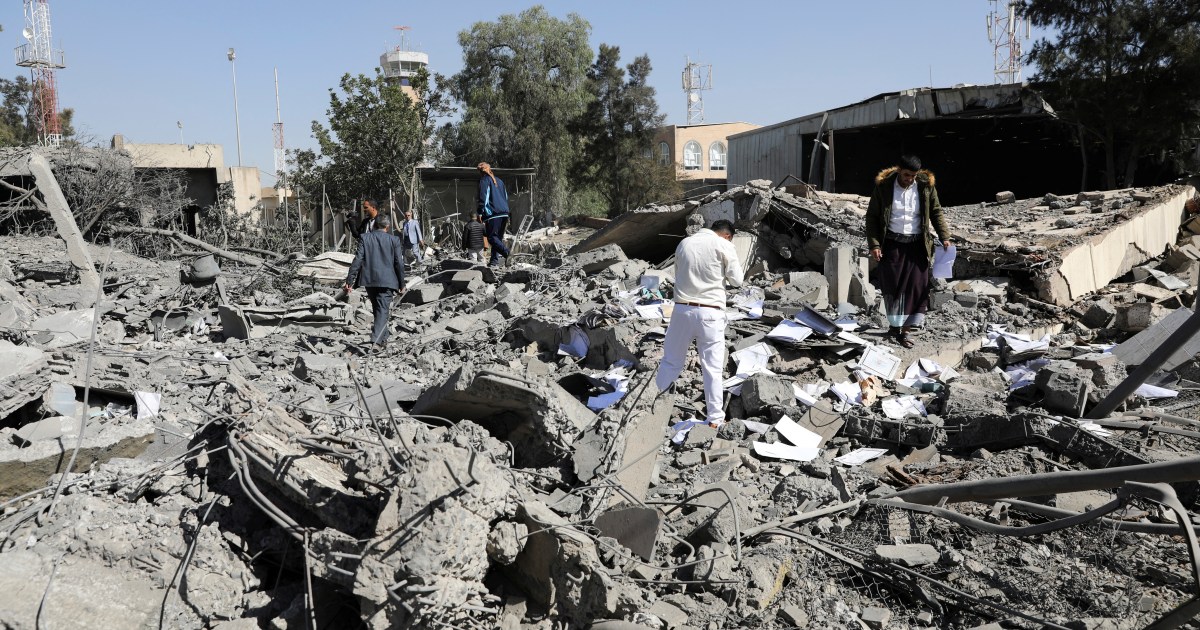 The Saudi-led Arab coalition announced the start of air strikes against what it called "legitimate military targets" in the Yemeni capital, Sanaa, which is under the control of the Houthi group.

The coalition explained, in a statement, that this order came after the Houthi threat, calling on civilians not to gather or approach the targeted sites.

On the other hand, local residents told the German News Agency that the coalition fighters targeted with a series of air raids the Special Security Forces (formerly Central Security), the presidential house and Jabal al-Nahdeen overlooking it, as well as targeting a bridge, south of Sanaa.

coalition: We targeted the central security camp in the capital, Sana'a, with painful strikes.

The sources indicated that violent explosions rocked the city, and flames were seen rising from the targeted sites.

Residents confirmed that a number of houses and shops near the bombing site in the Al-Sabeen area (south) were damaged.

According to what was reported by Reuters news agency, quoting Houthi media, the coalition air raid targeted the Al-Sabeen Bridge, Al-Misbahi Intersection, in Sanaa.

Two days ago, the coalition has intensified its air strikes on Sanaa, in light of the Houthis' continued military escalation in Ma'rib Governorate, and targeting Saudi territory with drones and ballistic missiles.

Yesterday, Wednesday, the coalition announced the destruction of 25 Houthi military vehicles and the killing of more than 280 Houthi members.

Yemen has been witnessing for nearly 7 years a continuous war between pro-government forces backed by an Arab military coalition led by the neighboring Saudi Arabia, and the Iranian-backed Houthis, who have controlled several governorates, including the capital, Sanaa, since September 2014.