Last April the Attorney General of the Naples Court of Appeal had enforced the sentence of 25 years in prison&nbsp; 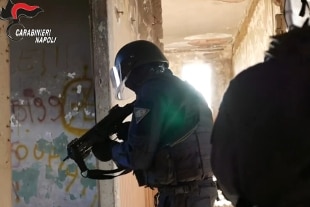 December 22, 2021 The Ministry had included him in the wanted list because he had been untraceable for 11 years. The 57-year-old fugitive from Casal di Principe, near Naples was arrested in Tunisia in a joint operation between the Carabinieri of the Naples Investigation Unit, Ros and the Tunisian Police.

The man was regarded as a leading intermediary in the international drug trade. He had no ties to mafia-type organizations, but he had organized a criminal group that was involved in importing drugs from abroad to Italy. Thanks to a dense network of supporters in different states, he managed the transit of drugs, especially heroin from Turkey, to the province of Naples, passing through Greece.

An organization so widespread that it has stumbled on social media.

The Carabinieri, through the verification on the web, drew a profile that the 57-year-old had created with false data: by comparing the contacts and some published posts, they tracked him down and followed his daily movements.

In a provision of last April, the Attorney General at the Court of Appeal of Naples enforced the sentence of 25 years in prison for international drug trafficking and laundering Finished in handcuffs, he was taken to a Tunisian penitentiary, pending the provision of extradition.