Russia's new NATO requirements mean that Sweden would not be able to implement the current security policy. - Completely unacceptable, says Minister of Defense Peter Hultqvist about the requirements for DN. 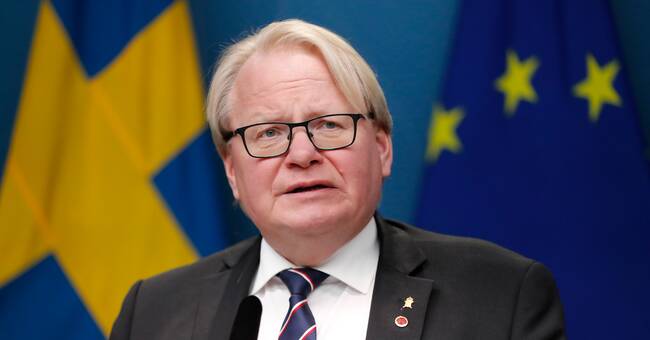 The demands were announced on Friday by Russia's Foreign Ministry.

- The purpose is to create a Russian sphere of interest where the Russian side will be able to exercise influence over the countries in our immediate area.

We too would be affected and therefore it is completely unacceptable for us, says Minister of Defense Peter Hultqvist to DN.

At the top of the list of demands is that the defense alliance must "refrain from any enlargement of NATO".

According to DN, this would mean that both Sweden and Finland, which are not currently part of the alliance, would be excluded.

- We will not join NATO either now or later - but it is a completely Swedish position that no one else should have a point of view on.

We must have the freedom to make our decisions based on what we believe is best for the Swedish people.

It is about our basic sovereignty and freedom of action to make our own decisions, says Peter Hultqvist.

He believes that Russia's intention to dictate other states' choices is contrary to international law and agreements.

- Small states must have the right to make their own decisions about their own future.

Any attempt to build spheres of interest where some countries are considered to have some kind of supremacy over other countries is unacceptable, says Peter Hultqvist to the newspaper.

Listen to Arkady Moshes, head of the Russia program at FIIA, in the clip.