Two Japanese tourists, a billionaire and his assistant, are expected on earth Monday after spending twelve days aboard the International Space Station (ISS), where they filmed videos ... 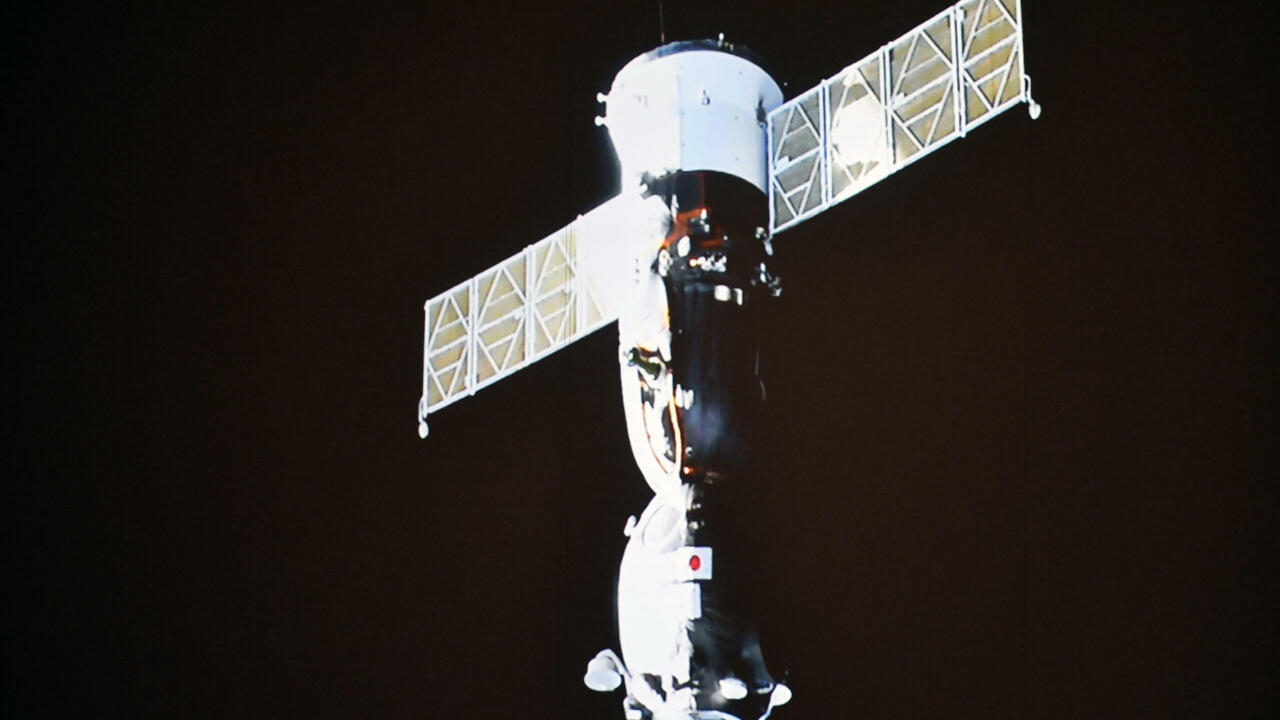 The whimsical Japanese billionaire Yusaku Maezawa, a 46-year-old online fashion heavyweight, and his assistant Yozo Hirano will be accompanied on the way home and on the way by Russian cosmonaut Alexander Missurkin.

Their landing is scheduled for 03:13 GMT in the Kazakh steppe.

According to the press service of the Central Military District, they will be greeted on arrival with a "surprise" dish of noodles from Japan.

The trip marks Russia's return to space tourism after a decade-long hiatus.

This sector, in which Russia has lost ground against private American companies, including Elon Musk's SpaceX, is experiencing renewed interest and constitutes a potential financial windfall.

The images of the Japanese billionaire Yusaku Maezawa, his assistant Yozo Hirano, and the Russian comosmonaut Alexander Missurkin, broadcast on a screen at the Control Center of the house, in Koroliov, near Moscow, on December 20, 2021 Alexander NEMENOV AFP

The three men spent 12 days aboard the ISS, where the Japanese billionaire had set himself a list of 100 tasks to accomplish in space.

We can see the man explaining in detail to his million followers how to brush his teeth or even go to the toilet in zero gravity.

Japanese billionaire Yusaku Maezawa salutes on December 8, 2021 at the Baikonur Cosmodrome in Kazakhstan, before boarding a Russian rocket for a stay aboard the International Space Station Kirill KUDRYAVTSEV POOL / AFP

“Peeing is very easy,” he says in one of the videos, showing the tool astronauts use to suck urine.

In another, he makes himself a tea without sugar and praises the tasty cookies of the ISS.

Mr. Maezawa and his assistant are the first Japanese tourists to space since 1990, when a journalist stayed aboard the Soviet Mir station.

The very lucrative private space flight sector is currently being boosted by the recent entry into the race of the companies of American billionaires Elon Musk (SpaceX) and Jeff Bezos (Blue Origin), as well as that of the British Richard Branson (Virgin Galactic) .

She also plans to take several tourists around the moon in 2023, including Mr. Maezawa, who is funding this operation.

The trip, which ends Monday, marks the return to the Roscosmos arena, after more than a decade, as Russia's aerospace industry is plagued by corruption scandals and technical and financial difficulties.

In 2020, with the commissioning of SpaceX rockets and capsules, Moscow lost its monopoly on manned flights to the ISS and the tens of millions of euros that NASA and other space agencies were paying for each seat in edge of the Soyuz.

The mission of the two Japanese tourists is organized by Roscosmos and its American partner Space Adventures.

Between 2001 and 2009, these two groups had already together sent extremely wealthy entrepreneurs into space, eight times.

The last was, in 2009, the Canadian Guy Laliberté, founder of Cirque du Soleil.

A sign of the rediscovered ambitions of the Russian space sector, Roscosmos also sent in October a director and an actress aboard the ISS to shoot the first feature film in orbit history, before a competing project by Hollywood star Tom Cruise.