Prison sentences for Alaa Abdel-Fattah, Al-Baqer and Oxygen in Egypt, and their families describe them as “cruel” 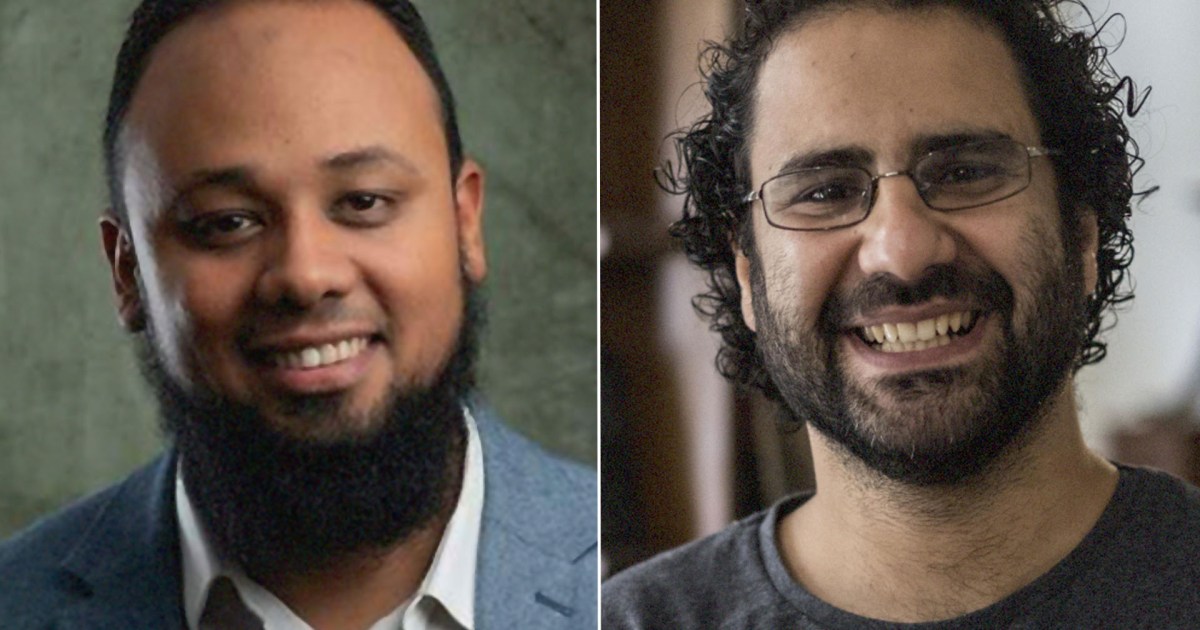 On charges of joining a terrorist group, broadcasting and spreading false news and statements inside and outside the country.

The Public Prosecution charged the accused in the investigations with charges of publishing, broadcasting and broadcasting false news and statements, misusing a means of social media, participating in a terrorist group with knowledge of its purposes, and crimes of joining a group established in violation of the provisions of the law, the purpose of which is to call for the disruption of the provisions of the constitution and laws and to prevent state institutions and public authorities from Doing its business, which are the charges that the prosecution usually directs to opponents.

The sister of the detainee #Alaa_Abdul-Fattah says that the court sentenced her brother to 5 years in prison and 4 years for each of the lawyer Muhammad Al-Baqer and the blogger “Mohammed Oxygen” pic.twitter.com/EtL5q6SrpU

The three spent - according to a statement by Amnesty International - more than two years in arbitrary pre-trial detention in connection with Case No. 1228 of 2021, emergency state security misdemeanour, Fifth Settlement with inventory number 1986 of 2020 Supreme State Security Survey.

The international organization described the conditions of pretrial detention - in a statement last month - as appalling, and said that they "were deprived of access to lawyers in particular, and of regular contact with their families."

Lifting the state of emergency is not enough.

The authorities should immediately and unconditionally release those who face trial in emergency courts solely for the peaceful exercise of their human rights.

A judicial source told Al Jazeera Net - who preferred not to be named - that the verdict is not final, and the defendants can appeal the verdict issued against them by the Emergency State Security Misdemeanors Court, after the abolition of the state of emergency at the end of last October.

Relatives and relatives of the convicts and a number of activists, jurists and politicians interacted with the ruling, describing it - in tweets and publications on social media - as "cruel", as a waste of their human rights after years of pretrial detention (since 2019).

Alaa I sentenced him to 5 years

And the judge is more timid than he comes out and tells us, I sold the visor, he says the decision and it is taking place

There must be a known day

This is a clear injustice and slander and the destruction of the future, even if it is a day inside the cells of this regime!!

It is Alaa and those with him did what they deserve this abuse?

Controversy between Egypt and Germany

The case had witnessed a sharp debate between Egypt and Germany a few days before the verdict hearing, as they exchanged strongly worded statements against the background of the trial of these activists, and the latter demanded an end to their imprisonment and the need to release them.

On Friday, the German Foreign Ministry issued a statement confirming that the Federal Government considers the court ruling as an indication of the direction in which the human rights situation is developing in Egypt, and demanded the release of the three. Egypt responded with a statement through its Foreign Ministry saying that the German method involves unacceptable abuses. It is a blatant and unjustified interference in Egyptian internal affairs.