Moderna optimistic about the effectiveness of its Omicron vaccine booster

The American biotechnology company Moderna was reassuring on Monday about the level of protection conferred by a booster dose of its vaccine against the Omicron variant, after the announcement of ... 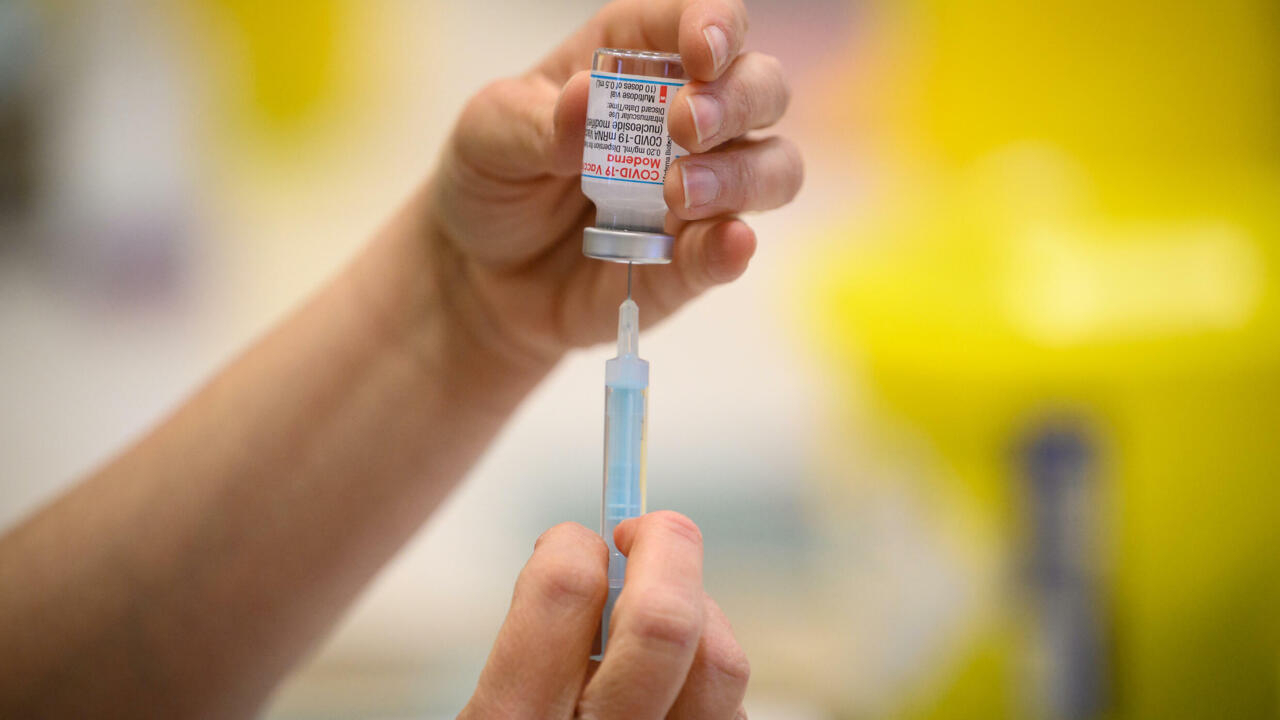 "We're going to be able to rely on this vaccine to deal with the surge in Omicron-related cases in the medium term," Stephen Hoge, president of Moderna, said on a conference call.

However, tests showed that after the first two doses alone, antibody levels against Omicron were "substantially lower" than against the initial strain of the virus, he warned without giving further details.

In addition, a higher dosage than that currently permitted for booster doses further increased antibody levels against Omicron.

Currently, for the boosters made with this messenger RNA vaccine, half a dose, 50 micrograms, is used, or half less than for the first two injections.

According to preliminary data communicated Monday from the analysis of the blood of a few dozen people, after a booster to 50 micrograms, the neutralizing antibodies against Omicron are multiplied by 37 compared to the levels before the booster.

But when the booster is done with a full dose, at 100 micrograms, the levels of neutralizing antibodies are increased by about 83-fold.

These data are "reassuring", said in a statement the general manager of Moderna, Stéphane Bancel.

They will still have to be confirmed in the real world by studying the effectiveness of the booster to prevent hospitalizations, in particular.

"We are cautiously optimistic (...) on the fact that the authorized booster dose of 50 micrograms will provide good protection, we hope, against the omicron variant of concern," Mr. Hoge said for his part.

This result is "encouraging", he said, in particular because the level of antibodies reached is similar to that observed against Delta after a booster dose of 50 micrograms.

But the effectiveness against Delta has "held relatively well", he said.

However, "it is now up to the authorities to determine whether a higher (booster) dose is appropriate for individuals at risk," he added, citing, for example, health workers.

Moderna nevertheless continues to work on a specific recall to Omicron.

Clinical trials of this new vaccine are expected to begin in early 2022.

Moderna is indeed planning to develop a booster vaccine integrating variations against several worrisome variants at the same time, in order to broaden the immunity conferred.

The company was already working on suitable candidates for previous variants of concern.

"We expect there will be a need for a seasonal booster in the future," said Stephen Hoge.

Moreover, in an interview with the newspaper Le Monde, Ugur Sahin, the CEO of BioNTech, originally with Pfizer of the other messenger RNA vaccine against Covid-19, estimated on Monday that his vaccine "seemed to provide protection 70% or 75% against any type "of this disease after the third injection.