Libya.. Celebration in Misurata to commemorate the liberation of Sirte from ISIS, and candidates for the elections demand the announcement of the final lists

Al-Dabaiba said that Operation Al-Bunyan Al-Marsous - which resulted in the expulsion of ISIS from Sirte in 2016 - proved that Libya will not be an incubator of terrorism, and a number of presidential candidates demanded to disclose the reasons for not holding the elections on time. 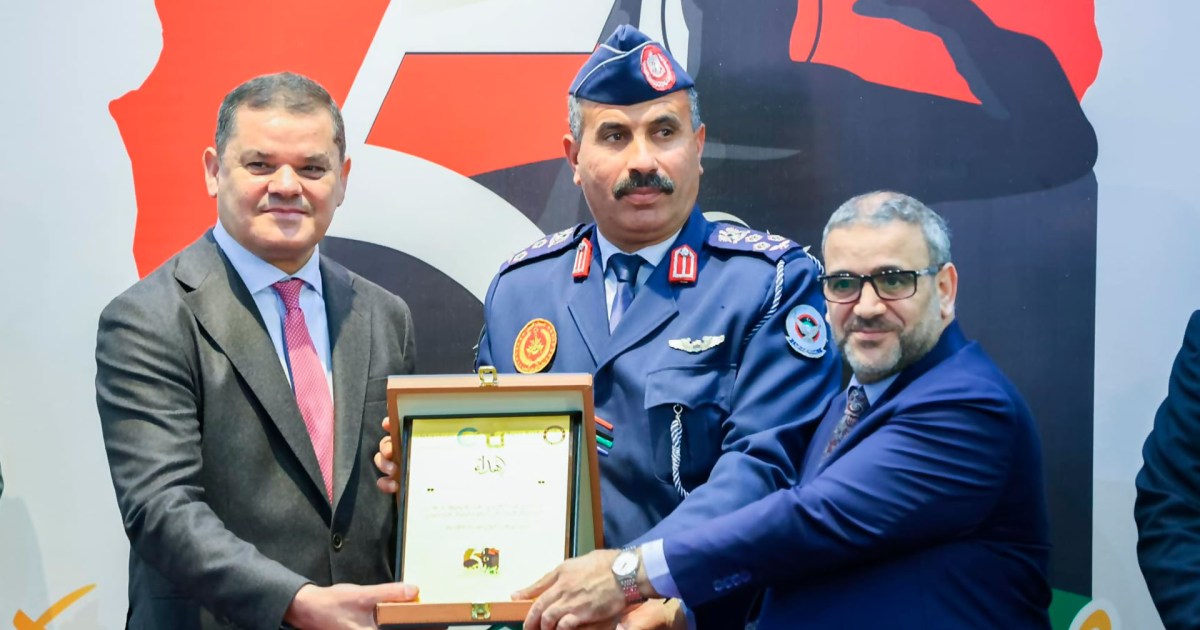 Libyan Prime Minister Abdel Hamid al-Dabaiba said that the military operation of al-Bunyan al-Marsous - which resulted in the expulsion of the Islamic State from the Libyan city of Sirte in 2016 - proved that Libya will never be an incubator for terrorism and terrorists, while a number of candidates for the presidential elections demanded to disclose the reasons for not conducting The elections are on time.

Dabaiba said in a speech in the city of Misurata during a celebration of the fifth anniversary of the liberation of Sirte from ISIS that what he described as the heroes of Operation Al-Bunyan Al-Marsous in fighting against terrorism and ending the dreams of ISIS will remain a noble act and sacrifice for all humanity, and for Africa and southern Europe in particular.

In turn, the head of the Supreme Council of State in Libya, Khaled Al-Mashri, announced his rejection of what he described as foreign interference - of any kind - in his country's affairs.

Al-Mashri - in the celebration of the fifth anniversary of the so-called "Al-Bunyan Al-Marsous" operation - reiterated the rejection of the project of militarizing Libya, and tailoring laws to the size of specific people, as he put it.

It is noteworthy that the Presidential Council of the Government of National Accord launched Operation Al-Binan Al-Marsous on May 5, 2016, to liberate the city of Sirte from the Islamic State, which seized control of it in January 2015.

On the other hand, a number of candidates for the presidential elections in Libya demanded that the High National Elections Commission announce the final lists of candidates, and reveal the reasons for not holding the elections on their scheduled date on December 24.

The candidates announced - in a statement - the formation of a gathering of presidential election candidates, calling on all candidates to join the gathering in order to monitor the progress of the electoral process.

A spokesman for the gathering of presidential candidates, Abdul Hakim Al-Zawi, called on the relevant authorities to hold the presidential and parliamentary elections as soon as possible, as they are a national benefit that concerns the Libyans.

On the issue of elections as well, US Ambassador to Libya Richard Norland said that everyone agrees on the Libyans' keenness to participate in free and fair elections, stressing the ability of Libyan institutions and volunteers to ensure the integrity of voting.

Norland said - in a tweet on Twitter - that he discussed the elections file with representatives of civil society organizations working to get out to vote, promote voter participation, and social integration in Libya.

For her part, Canadian Ambassador to Tripoli, Isabelle Savard, renewed the international community's support for the elections in Libya, and said that her country's government is ready to support the Libyans to achieve this entitlement.

During her meeting in Tripoli with the head of the Electoral Commission, Imad al-Sayeh, the Canadian ambassador valued what she described as the Commission's efforts to achieve the aspirations of the Libyans in building a democratic state by resorting to the ballot boxes, as she put it.

On the other hand, the Libyan Electricity Company said that the gas feeding the stations of the General Electricity Company had been stopped due to the closure of a number of the oil facility guards, the crude oil pipeline that supplies natural gas to electric power production stations at the Ruwais, Al-Zawiya, and Al-Khums stations, and part of the Misurata station.

The company said that the closure will lead to a loss of about 2,500 megawatts, which will lead to technical difficulties in meeting the increasing demand for electric power.